Phlegm is the thick viscous substance that is secreted by the mucous membranes of the respiratory passages. This thick and sticky mucus that lines the mouth, nose, sinuses, throats, lungs and even the gastrointestinal tract plays a vital role in the body.

This phlegm contains antibodies and certain other products that help in fighting off various pathogens. When this mucus gets built up in too much amount it can lead to rather uncomfortable conditions.

Phlegm can be caused due to several reasons, few of them are:

11 Home Remedies to Get Rid of Phlegm 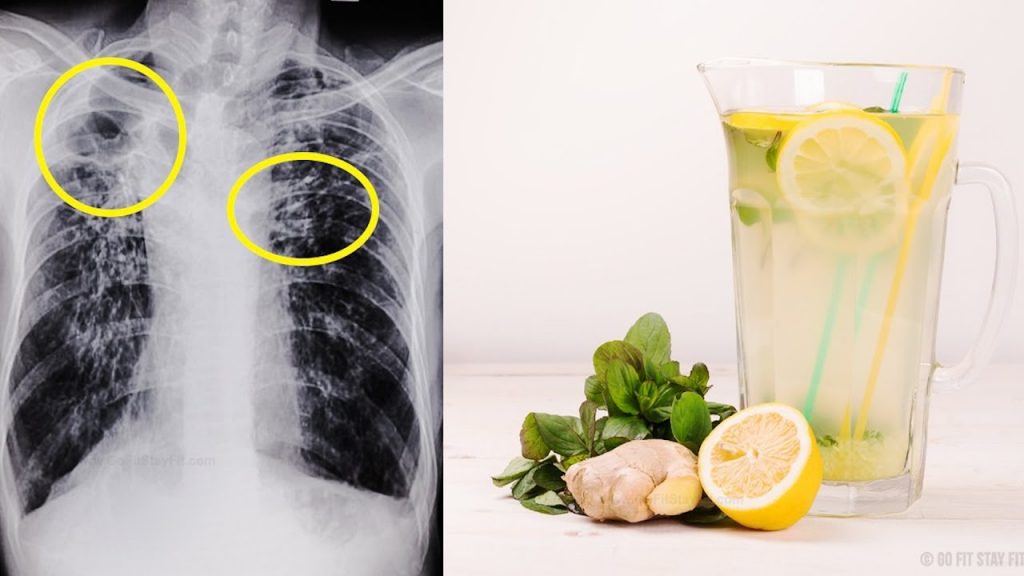 While the way to relieve your suffering by phlegm is by treating the primary causative factor, you can however achieve relief from the incessant, frustrating build – up of phlegm in your chest and throat. Some of the home remedies are:


According to a study conducted in the year 2008, it was suggested that consuming hot beverages would provide ‘immediate and sustained relief’ from mucus congestion in the chest and throat and also alleviate certain accompanying symptoms such as – sneezing, sore throat, incessant cough, and chills.
This suggestion is based on the fact that staying hydrated would thin mucus thus eventually making the phlegm build – up easier to expel.
You can consume any of the following warm fluids to benefit – Herbal teas


Steam is a recommendation by The National Heart, Lungs, and Blood Institute to use a cool – mist humidifier or a steam vapour in conditions of phlegm build – up in chest and throat. It is based on the fact that keeping the air moist can help loosen the excess mucus build – up and thus eventually reduce congestion and coughing. Steam is quite beneficial to use a humidifier at night as this would provide you with a good night’s sleep. It is important to remember that humidifiers have to be cleaned properly and regularly too, as this would help in removal of bacteria and other pathogens. Otherwise this can lead to certain infections and worsening of symptoms.

You can also inhale steam by filling a large bowl with hot water and then lean over the bowl with a towel draped over your head to contain the steam. Then gently inhale the steam to help loosen the mucus.
You can also have a hot shower or bath as the room when filled with steam would help alleviate the symptoms.

Honey is a very popular ingredient that has been in use for several home remedies to help alleviate various conditions. All this is owing to the anti – viral and anti – bacterial properties of honey.
According to the study conducted in the year 2007, the effects of buckwheat honey on upper respiratory tract infections in children was reported that honey provided the best relief from the symptoms suffering than any other standard medication or no treatment.


Consuming certain foods and herbs can prove to be beneficial in alleviating the excess mucus build – up, coughing or even colds

Essential oils prove to be beneficial in numerous ways such as some of them may help to loosen the excess mucus build – up in the chest and thus ease in breathing, and some of them may even stop the bacterial growth infecting the respiratory tract.
Some of the essential oils that you can use are – Cinnamon bark, Eucalyptus, Lemon grass, Basil, Peppermint, Rosemary, Tea tree, Oregano and thyme.
You can either inhale directly from the bottle or you can apply this oil topically as a homemade vapor rub.

You can apply warm compress by following these simple steps – First, wet a towel with very warm water and lay this gently over your eyes, nose and cheeks. Leave this on for three minutes. Repeat the same for at least two to six times a day until all the mucus has been cleared.
Applying warm compress over the area helps to loosen the mucus thus allowing it to drain through the nose.

If you have this tight, uncomfortable sensation specifically concentrated in your throat, then gargling using warm water and salt is an excellent remedy.
This remedy works quite effectively as this would create a high – salt barrier which will help to pull out the fluid from the tissues in the throat area and thus helps in eliminating a lot of mucus, irritants and also certain infections too. After gargling you would also notice a subsequent reduction in pain and inflammation too.

While sleeping, adjust your pillows such that you are sleeping with your head elevated. This is helpful in relieving congestion of nasal passages and thus ensuring you a good night’s sleep.
Sleeping this way also helps to prevent the passage of congestion to your lungs thus preventing further annoying and painful cough. You would also experience relief from tinnitus, which is a ringing sensation in the ear caused as a side effect of stuffy nose.

According to the Pacific College of Oriental Medicine, it is reported that apple cider vinegar (ACV) would break up the mucus and also help in relieving chronic sinusitis and allergic symptoms. Due to the abundance of potassium in it, it also helps in getting rid of runny noses.
You can add a tablespoon of apple cider vinegar to a glass of water and drink it for at least three to five times a day. This would alleviate the phlegm quite efficiently.

Yoga poses are quite efficient in clearing the congestion of excess mucus build – up from the nasal passages. You can try these five yoga poses – the Bridge pose, Camel pose, Plow pose, Bow pose and the Head stand.

Read More: 9 Home Remedies for Cough and Cold in Infants

Research has shown that due to the anti – inflammatory and anti – oxidant properties of the black elderberry it reduces the amount of time a person experiences the flu symptoms.
This is a herbal remedy that can soothe and shrink swollen mucus membranes, relieve the congestion and also fight the infections.

Phlegm is the thick, viscous substance that builds up in the nasal passages due to various reasons such as viral, bacterial infections, lung diseases, acid reflux, COPD, etc.

Treatment against this is by providing treatment to the primary causative factor but you can however relieve the excess mucus build – up by following certain home remedies such as – Gargling with salt water, steam inhalation, adjusting your sleeping position, doing yoga poses, taking some warm fluids, eating certain anti – inflammatory food, applying warm compress, using honey, apple cider vinegar, essential oils and many more.