Females go through so much in their life rather it be physically or mental. The drastic changing phase of a woman’s life is being mother. Being mother makes her physically as well as mentally strong. The female body alters itself according to this phase of life. This isn’t an easy task to do. Sometimes they have to suffer from unwanted problems during their lifetime. One such problem is Uterine Fibroid.

In women of childbearing age Uterine Fibroids are the most common benign tumours whose site of occurrence is uterus (womb) . They are also known as myomas or fibromas which are made up of smooth muscle fibres and connective tissue of the uterus.

Around 20 to 50 percentage of reproductive aged women uterine fibroid is common problem which is not being diagnosed everytime . According to certain estimation about 30 to 80 percent of women develop these during their childbearing years but only around 1/3 rd of these women with large fibroids are detected by health care during examination. Usually symptoms are absent in the women having uterine fibroids but can cause symptoms according to their size , location or site within the uterus and how close they are to their adjacent pelvic organs. 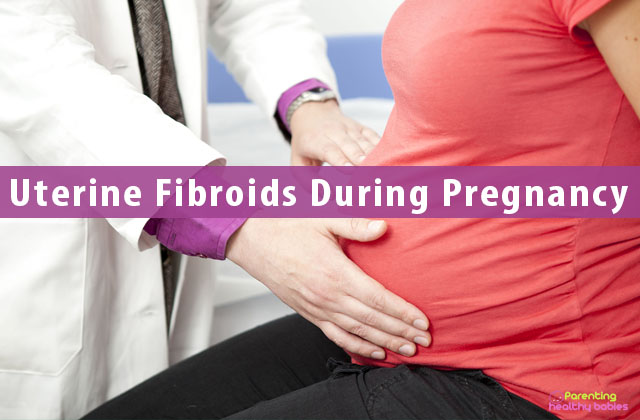 Well the cause is still unknown but it is believed that the tumour develops from aberrant muscle cell in the uterus which divides and increase in number rapidly under the influence of estrogen.

Who is at risk for fibroids ?

Women approaching the menopause are at the higher risk for fibroids as their long time exposure to high levels of estrogen. African – American heritage and obese women are likely to be increased risk although why is so is not understood yet. Studies show women having two live born babies have one half the risk of developing uterine fibroids.

This is one of the most common and first sign for occurrence of uterine fibroids. When tumors are near the uterine lining or cause any obstruction to the blood flow in the uterus they can cause heavy periods , painful periods , prolonged periods or bleeding between periods i.e. abnormal bleeding between 2 menses .

Since the hormones play an important role in regulation of menstrual cycle among which estrogen seems to play vital role for production of fibroids . As there is rise of hormones during pregnancy especially in the first trimester with the flood of hormones the fibroids tend to expand and cause some serious issues. Due excessive bleeding because of the fibroids women may develop iron deficiency anemia.

It is associated with different kinds of fibroids which grow outside the uterus projecting out into the abdomen. Fibroids may vary majorly in size ranging from a pea to a small grapefruit , but if one gets a big one on the exterior of the uterus and being positioned in such a way that it presses on or contacts the bladder and this is the cause for the abnormal peeing behavior in women.

Due to their significant size of some fibroids , sometimes they may actually become physically obvious or roundness in abdominal cavity or pressure is being felt . And sometime it may be seen as a women with slight pregnancy as they tend to show up in the lower abdomen where a baby would normally be growing. The unusual fullness or lumpiness which cannot be explained by a significant dinner then it is a sign for a visit to the doctor immediately .

Neither of them sounds pleasant. The cervical one may also cause bleeding during sex .

It is also among the potential problem stemming from subserosal fibroids. When they are large enough they cause enough pressure in creating the muscular or spinal pain. MRI with other scans are ways to diagnose . A pregnant woman suffering from pain due to fibroid should take proper rest , use heating pads or prescribed medication by her doctor.the medication can cause shrinkage of the fibroid and relief the pain.

The pregnant lady with fibroid make show symptoms like severe pain , vomiting , nausea and fever. She will also feel the pain over the whole area where the fibroid is located.

Problems such as infertility , multiple miscarriages or early labour. The main factor which serve as the cause of infertility in the women is the site or location of the fibroids. Sometimes the fibroids are located at certain areas of uterine cavity , they actually distort the shape and size of the uterus. And if they grow incredibly large in size drastic change is observed.

Recurrent Multiple miscarriages are caused due to presence of fibroids . If they are not removed timely then the women cannot sustain pregnancy.

Women suffering from fibroids go through heavy menstrual bleeding which make them anemic. These women are medicated with iron supplements , so sometimes these supplements can also cause constipation.

The following above problems are associated with the uterine fibroids. Sometimes they may not be symptomatic so regular health  check up  is always preferred to avoid it.  Usually such disease are not openly discussed nearly enough. But discussing such issues with your doctors will definitely resolve the problem.

What Should be Your Weight Before Pregnancy?

11 Devastating Side Effects of Air Pollution on Pregnant Women and...