Chorioamnionitis is an infection within the womb which with reference to pregnancy means infection in the membranes or the amniotic fluid and also called intra-amniotic infection (IAI) and amnionitis. It is a serious condition during pregnancy but not life-threatening. The infection if not treated properly and on time can lead to complications for the expectant mother and the fetus.

All You Need to Know about Chorioamnionitis

Chorioamnionitis is an inflammation of the fetal membrane (amnion and chorion) due to bacterial infection and affecting pregnant women that occurs before or during labor. Amnion (fluid-filled sac) and chorion (outer membrane) infection occurs when bacteria travel from the vagina to the uterus especially after the fetal membranes have ruptured and during labor. This can lead to infections in the mother as well as the fetus. 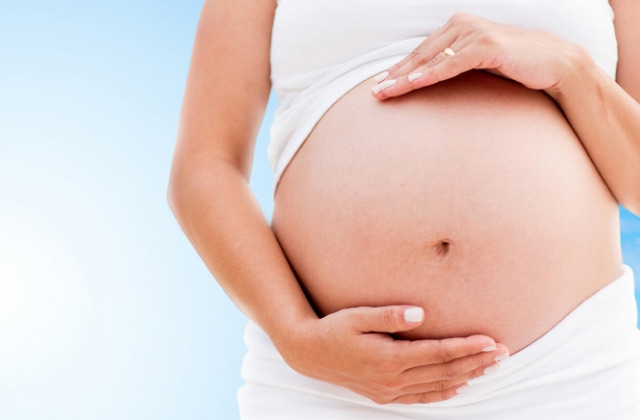 What are the Causes of Chorioamnionitis?

Chorioamnionitis usually develops because of an infection that occurs when bacteria that are normally present in the vagina ascend into the uterus where the fetal is located. E.coli, group B streptococci and anaerobic bacteria are known to be the most common causes. The amniotic fluid and placenta and baby can also carry infection.

What are the Risk Factors for Chorioamnionitis?

What are the Symptoms of Chorioamnionitis?

Chorioamnionitis doesn’t always cause symptoms but some woman may have –

How is Chorioamnionitis Diagnosed?

The doctor can usually diagnose this condition by performing a physical examination. Laboratory tests can confirm that diagnosis. Amniocentesis may be necessary during preterm labor. During this prenatal test, a small amount of amniotic fluid is removed for testing.

What are the Complications of Chorioamnionitis?

How is Chorioamnionitis Treated?

Early treatment can bring down the fever, shorten the recovery time and lower the baby’s risk of infection and complications. Antibiotics are commonly used to treat the condition usually given through an IV route and are continued until delivered to the baby. The antibiotics are –

When the infection is responding to treatment, the doctor will stop administering antibiotics.

Chorioamnionitis being a critical condition should be treated using antibiotics prescribed by doctors, however, experienced midwives try natural home remedies to cure the infection which are –

How Can Chorioamnionitis be Prevented?

What is the Long-Term Outlook of Chorioamnionitis?

The long-term outlook for mothers with chorioamnionitis is known to be excellent. Future fertility is rarely compromised. The outlook for infants delivered to infected mothers is also very good. But some babies, particularly the preterm, may have long-term complications. These complications can include lung disease and impaired brain function.

What are the Chances of Complications to Occur?

Complications are less likely to occur if the infection is diagnosed early and antibiotic treatment is started on time. Rarely, the complications associated with chorioamnionitis can be life-threatening to preterm infants.

Chorioamnionitis is quite common during pregnancy. It is important to attend regular check-ups with the doctor and address the questions and concerns towards having a good uneventful pregnancy and a healthy full-term baby.

Prodromal Labor: Are You Experiencing One?

Can Cervical Effacement be Induced?