All You Need to Know About Carpal Tunnel Syndrome During Pregnancy

What is Carpal Tunnel Syndrome?

It is described as compression of the median nerve which runs from the neck to fingers through the shoulder in the carpal tunnel –  a tunnel or space which is found between the ligaments and bones in the wrist portion of the hand. 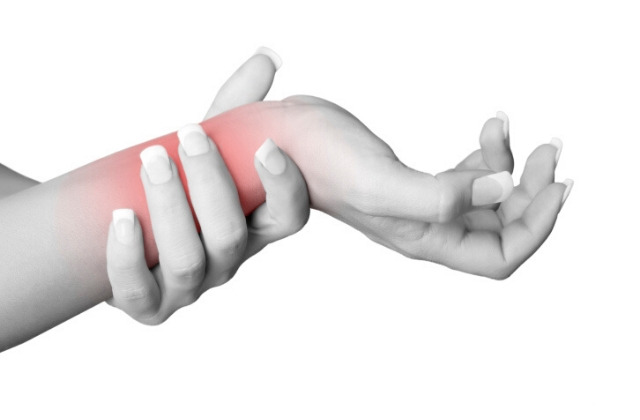 Usually, carpal tunnel syndrome is observed in people who work for long hours on computers. During pregnancy, this can be caused by or due to pre-existing, or accumulation or retention of fluid which common prenatally. Due to the accumulation of fluid in the carpal tunnel, the nerve inside the tunnel easily gets compressed firstly due to it’s the softest structure. Since the median nerve runs from the neck to wrist and so problems occur in this runway.

During pregnancy, as the breast grows bigger and tighter the shoulders round off more easily and when she gets tired she gets in chin poked out position. Carpal tunnel syndrome can occur at any point in pregnancy but the occurrence is high after 32 weeks.

How does it feel in Carpal Tunnel Syndrome?

Usually, the numbness start in the thumb, index finger and middle finger as these are majorly supplied by the median nerve. Therefore, numbness or tingling is felt with the weakening of grip. Rarely burning sensation or severe deep pain in the wrist.

Common symptoms are as follows :

Some pregnant woman is more prone to be affected by carpal tunnel syndrome than others. Following are the risk factors :

Being Overweight or Obese Initially Before Get Pregnant

Though the link is still not clear between pregnancy and weight but it has been observed that obese woman is found more prone to develop carpal tunnel syndrome.

Hormones such as relaxin are released in high amounts in consecutive pregnancies. The main aim of this hormone is to relax and widen the pelvis and the cervix while preparing for childbirth.

Gestation diabetes and hypertension lead to the accumulation of fluid and eventually developing swelling. This swelling turns out to be the risk factor for carpal tunnel syndrome.

Symptoms are enough to diagnose carpal tunnel syndrome. But the doctor can conduct a physical exam. In the physical exam, the doctor may conduct electrodiagnostic tests for confirmation of carpal tunnel syndrome. These tests involve thin needles or electrodes, which record and analyze signals the nerves send and receive. Tinel’s sign can also be performed to identify the nerve damage. In this test, the doctor will tap the affected area of the nerve, if the tingling sensation is felt then this indicates nerve damage. Tinel’s sign and electrodiagnostic test are pretty safe to be done during pregnancy.

Conservative treatment is recommended for carpal tunnel syndrome during pregnancy. This is because most of the people will get relief in the weeks or months after the delivery. But sometime it may take as long as 12 months to get relief. For severe symptoms, medical intervention is to be used.

Less use of Activities Which Involve Wrist to Bend: Activities such as typing on the keyboard should be reduced.

Use of Splint: Wearing a brace to support the wrist is a good option. Wearing it at night is more beneficial.

Rest: Resting is the best option to avoid the pain.

Cold Therapy: Applying ice packs on the wrist for 10 minutes a day will help in reducing the swelling. Alternate therapy can be done by applying a hot water bag.

Practicing Yoga: it is found to be helpful in reducing the pain and strengthening the grip in people with carpal tunnel syndrome.

Elevation of the Wrist: Use of pillow is recommended.

Pain Relievers: Paracetamol is the commonest medication taken for the pain. It is safe to be used in pregnancy. It is better to avoid ibuprofen during pregnancy unless recommended by the doctor

Breastfeeding may turn out to be painful due to carpal tunnel syndrome. It is advised to try different positions for nursing. Prop such as pillows can be used for support. The mother eventually realizes and finds the perfect position for nursing.

It is very common to develop carpal tunnel syndrome during pregnancy. Simple measures like taking pain killers or using braces are considered as standard therapies. The symptoms resolve after delivery within 12 months. It is always better to take care of the position of hands during sleep to avoid compression of the median nerve.

11 Things You Should Know While Preparing For Pregnancy

15 Fertility Herbs for Men and Women

Brie Cheese During Pregnancy : Is it Safe?