Through karyotyping, cytogenetics determines any abnormalities or structural problems within the chromosomes of an organism by examining them. Medical genetics is an emerging and important field of study. It is integrated with clinical medicine to analyze physical and mental illnesses in humans.

Karyotyping is also known as genetic, chromosome testing, or cytogenetic analysis. It is a laboratory procedure to create a photographic image or representation of an individual’s chromosomes.

When Is It Used?

It is used to determine the possibility of genetic disorders in the unborn child due to chromosomal abnormalities. Including numerical and structural changes of a baby’s chromosomes. 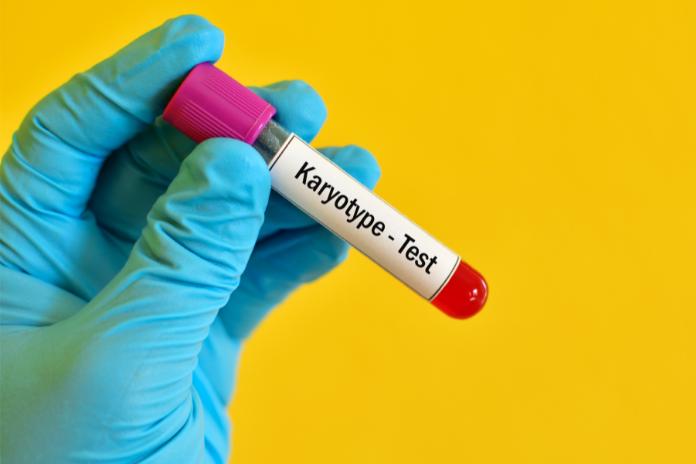 Why Is Karyotyping Used To Diagnose?

It is used to diagnose because chromosomes are found in the nucleus of every cell of a living organism. These thread-like structures largely determine or tell who we are. They determine our physiological and psychological development and function. A human cell contains 46 chromosomes. If the count of chromosomes is different from 46, then associated with aneuploidy conditions linked to developmental issues. A study of karyotypes that seeks to identify the specific reasons for the chromosomal count variations like deletions, additions or translocations, etc, can identify the type and severity of the problem.

A tiny sample of the baby’s cells is collected from the placenta by a long needle and then cells are sent to a laboratory for testing. The testing result confirms the existence of a genetic problem, including down syndrome for the baby. It can be performed between ten and thirteen weeks of pregnancy. The doctor would advise the risk factors associated with the test. There is a 1% chance of miscarriage in women and some risk to the fetus as well. Therefore, the test is advised by doctors in cases when there is a high probability that the fetus has a problem.

In theory, any cell of the body can be used to perform chromosome testing. But, in reality, the test is usually carried out on the amniotic fluid of a fetus. In this test, the doctor inserts a needle through the abdomen to collect a small amount of amniotic fluid sample from the womb. After this, the cells are sent to a lab for testing. The lab test results lead to determining the baby’s future health and link to genetic problems. This test helps in identifying neural tube defects in addition to the defect that the CVS testing can find. Neural tube defects are severe problems that affect the baby’s brain or spine. It is normally done between the 15th and 20th weeks of pregnancy. With a 0.05% probability of a miscarriage and provides a significantly better risk profile than CVS.

Why Is It Important?

The test is a representation and examination of the chromosomes. It confirms if the chromosome count adds up to 46 and if each of the 46 chromosomes is normal in its structure and appearance. A chromosome extra or less can suggest excess or shortage of genetic building blocks needed for a normally functioning human body which leads to different types of complications. The size and significance of the problems depend on the chromosomes or part of the chromosomes that change, missing, or excess. A much different prenatal screening is advised, during pregnancy. Several types of genetic disorders can be diagnosed using a karyotype test. This test is offered during the first and second trimesters to most pregnant women. The follow-up tests are done to determine the severity and exact nature of the complication.

Karyotyping tests for miscarriages or infertility help doctors identify if the cause releases a chromosome abnormality. It also helps determine if any parents have a hereditary disorder in nature and can be passed down to the baby. Also, test a stillborn baby to check for underlying genetic problems. Abnormal chromosomes are both structural well as numerical changes. Karyotyping of down syndrome or turner syndrome are examples where the tests can determine several developmental and growth and function-related issues early. Most parents opt for karyotyping tests. It ensures that the baby coming to the world is healthy and has a life full of potentials ahead. Though complicated, these tests are now the gold standard in screening, confirming, and avoiding future suffering for both parents and children.

What happens if a karyotype test is abnormal?

Speak to a genetic counselor which is a specially trained professional in genetics and genetic testing.

Karyotype takes a close look at the chromosomes inside the cells to see if anything is unusual. It is done during pregnancy to spot problems with the baby. If any genetic abnormality is detected then consult the doctor.

Skin Tags During Pregnancy: Will They Ever Go Away?