Many of you are already aware of the term, Keto Diet. Ketogenic diet is a kind of high fat and low-carbohydrate diet. It provides a bunch of amazing health benefits. According to more than 20 international studies, this particular diet has the capability of helping you lose your weight and also improve your health. Keto diet can help you to fight against many diseases such as diabetes, cancer, epilepsy and many more. But this useful diet has many side effects also, and Keto Rash is one of those. Here we will know about this particular side effect of the Keto diet, about its symptoms, causes, preventions, remedies, etc. Firstly, let’s know what Keto Rash is.

All You Need to Know about Keto Rash

What is Keto Rash?

Some people may experience red, itchy skin rash because of the keto diet, which is commonly called as Keto rash. It is a very rare form of skin inflammation. As the Keto diet brings drastic dietary changes, it has some unwanted side effects as well. Keto Rash is among those side effects. This type of rash is most common among Asian women. Keto Rash generally appears around the trunk, neck, chest and back area of our body.

It generally affects our upper body. This rash is distinctive. It forms patterns like a network across the skin. According to many researchers, Keto rash may have some links with Ketosis. There are some treatments and natural home remedies that can give relief if the keto rash symptoms appear.

So now, let’s know about the symptoms of keto rash. 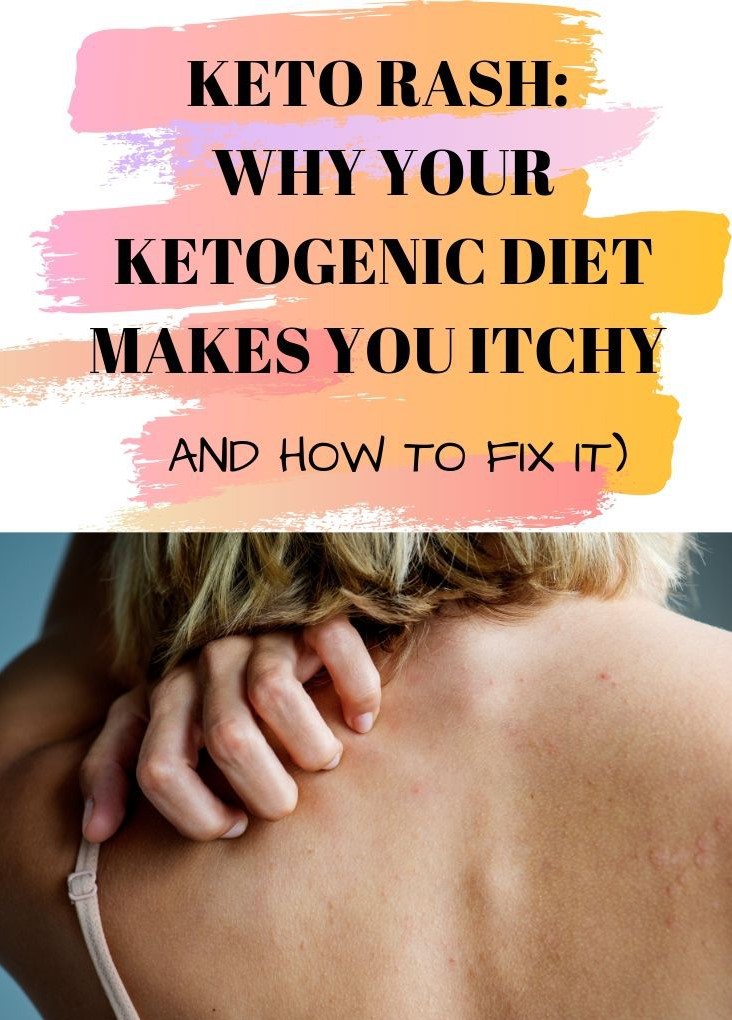 It is not easy always to differentiate keto rash from other types of skin allergies. But it has some particular symptoms through which you can understand keto rash nature.

1) Remember that, Keto rash is not a food allergy. It is known as Prurigo Pigmentosa also. It is a kind of rare and inflammatory condition of skin due to the Keto diet.

2) First, you will notice red, itchy rash across your chest, neck, abdomen, back, mostly the upper body. The rash can be very uncomfortable sometimes because of extreme itching.

3) The red rash will create red spots gradually. These keto red spots are known as Papules. These red spots will become a web-like appearance across the skin.

4) And after the spots disappear dark brown patterns are left on the skin for a few months. But the redness is hardly detectable.

5) It looks very similar to dermatitis and eczema. It can on your face also, but it is not as common.

6) If anyone having keto rash, tries to expose the rash to extreme sunlight, heat, pollution, sweat or other skin irritants, the rashes will worsen more.

The above are the main symptoms of the Keto rash. Now, let’s elaborate on the reason behind this kind of rash.

What is the Cause of Keto Rash?

According to many researchers, there is a link between the keto diet and keto rash. However, they are not very sure about the fact because of not enough evidence, but there are thought to be several associated conditions, such as- 1) Still’s a disease, 2) H. Pylori infection, 3) Sjögren’s syndrome.

As mentioned above, there is a correlation between the diet and the keto rash. Keto rash generally appears as a result of very strict dieting with low-carbs and high fat. If this situation is accompanied by a high level of blood sugar, then it can be a life-threatening condition for any person. Some studies say that a teenage girl was diagnosed with keto rash a month after a restrictive dietary change. Similarly, another teenage boy was found to have these red, itchy rashes after undergoing an extreme diet.

Afterward, around 14 people were diagnosed with keto rash after a very strict low-carbohydrate and high-fat diet.  But there are other factors also for causing this kind of rashes, such as- skin allergies, extreme sunlight exposure, sweating, skin trauma, excessive heat, hormonal imbalance, etc.

Probiotics, prebiotics, fish oil supplements, vitamin D can be taken to improve keto rash symptoms. These certain supplements can be helpful to assist your body in fighting the inflammatory condition. You can eat anti-inflammatory foods also such as turmeric, virgin olive oil, fatty fish, low-carb fruit and vegetables, etc.

Reintroduce Carbohydrate to Your Diet

The sudden change in your diet can cause the keto rash, you should consider reintroducing carbohydrate in your diet.

Keto diet is considered to be high-diet, so food to eat in a keto diet are eggs, meat, dairy, nuts, and seeds. Some of these foods are considered to be allergic also. It is very important to eliminate those allergic foods as it can worsen your rash conditions.

Nutrition deficiency plays a crucial role in this kind of skin inflammatory conditions. Deficiency in vitamin C, A, B12 is considered to be linked with the symptoms of keto rash. An over-restrictive diet can cause you to not get enough nutrients always. So you can have fresh vegetables and fruits to ensure your daily nutrition intake.

Take Care of Your Skin

It’s very important to take good care of your skin always. You should take a bath with lukewarm water and clean your skin with gentle soap. Try to use moisturizer and suncream when your skin is exposed in the sunlight, as it will protect your skin from getting dull.

The following are some of the preventions that can be pursued for avoiding keto rash if you are on a strict keto diet. Let’s have a look.

What are the Preventions of Keto Rash?

We can actually prevent and ease the effect of keto rash by changing our lifestyle and diet. But if these ideas fail to prevent it you should consult with a doctor to clear up the condition fully. Keto rash is a very rare thing to happen, so you can prevent the rash by taking the following precautions after starting the diet.

A) You Should Lower Your Carbohydrate Intake Slowly

If you are thinking to be on a keto diet in the future, you should lower your carbohydrate intake slowly rather than dropping the intake suddenly. You should also slower the taper carbs out of your diet.

B) Try to Consult with a Doctor

C) Try to Supplement with Multivitamins

You can take multivitamins once a day, it will help you to reduce the likelihood of nutrition deficiency which happens after you start your keto diet.

If you notice any symptoms like keto flu or keto rash, increase your carbohydrate intake to prevent the symptoms from getting worse.

After starting your keto diet schedule, you should not wear tight clothes, avoid inflammatory food, ensure your proper micro-nutrition intake.

The following are some of the remedies for Keto rash. The best thing to do in this situation is to shorten the duration of the rash and reduce the symptoms.

After noticing the rash, the best thing to do is nothing at all. Let the rash heal their own way. If the rash shows no improvement within two weeks, then you can try other measures.

B) Apple Cider Vinegar in Your Rescue

You can apply some small amount of apple cider vinegar on your keto rashes. It will give instant relief from the itchy burning. If it works, then you can try this remedy. You will notice your rashes drying up. It has organic acids that will help in healing the rashes sooner.

After taking a bath, first, wipe down the areas. Then apply some essential oils. It will heal your rashes very soon and give you a cooling effect.

Some of the important cause of keto rash is toxins. So by improving our detoxification system, we can heal the keto rashes faster. Organic super greens, activated charcoal, prebiotic fiber can help you in this way.

This kitchen ingredient has a lot to do with its anti-inflammatory activity to treat your keto rash. If you use turmeric on a daily basis, it will mitigate the keto rash.

In conclusion, if you notice keto rash on your body, then don’t ignore it. Consult with a doctor if you notice no improvement even after applying the home remedies. But the most important thing is that you should make moderate changes initially while starting keto and check whether the diet suits you or not. If it does not suit you, then don’t be on a keto diet forcefully just for weight loss, as it can affect your health badly. 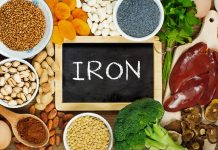 10 Healthy Foods That Are High In Iron