Several babies each year are afflicted with epilepsy. If you are expecting a baby, it is important that you are aware of the signs, symptoms and risks of the health condition. Should you see your baby exhibit any of the signs and symptoms listed below, visit your doctor without further ado.

One of the commonest childhood brain disorders American children face is none other than epilepsy.  Usually, about 70% of all children outgrow the problem of seizures by the time they enter their teens, but for this to happen, parents must help their children maintain a healthy regimen and take them for medical check-ups periodically. 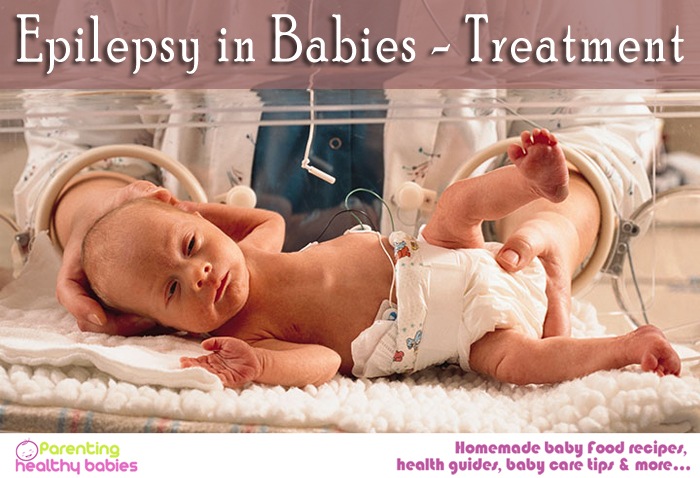 Epilepsy is a brain disorder that can strike anyone, child or adult. Here, the child suffers seizures recurrently. They are triggered by certain changes in chemical and electrical activity in the child’s brain. Just about anything can set off a seizure in a child–a head injury, infection, poisoning, prenatal brain development problems or anything that causes injury to the child’s head.

There are several kinds of seizures, some short that last only a few seconds, and others long, that go on for a few minutes.The kind of seizure a child goes through depends on which part of his brain the seizure takes place and how much of his brain is involved in this.

Typically, a doctor diagnoses a child with epilepsy in these conditions:

Children can have epilepsy depending on their age, type of seizure, response to treatment and if they have pre-existing health issues. Some kids can control their seizures with medication and outgrow them in time, while others continue to have seizures all their lives.

Over the years, there have been improvements in epilepsy treatment that have made it easier to cope with. Besides, alternative medication and treatments also prove effective for kids with seizures.

Signs and symptoms of Epilepsy in Kids

Here are the signs and symptoms of epilepsy in children:

Though adults experience a seizure at some part of their lives, yet infants and little kids are at highest risk for this condition. The most common cause of seizures is epilepsy, but brain disorders, chemical activity and trauma at birth also causes it.

Though adults may display symptoms of a seizures by having body jitters, yet the signs of this are subtler in children. Considering they are so different among kids, it is important to know what the signs of epilepsy is among them:

Does your baby roll her eyes? Do her limbs stiffen or suffer a jerk and twitch? Children aged from six months to 5 years are known to have such seizures that are set off by high fever, often above 102°.

This symptom occurs when the baby is barely a year old. He may have this spasm by bending forward or arching his back as his limbs stiffen simultaneously. This symptom usually happens when the baby is either going to sleep or waking up or after a feed. Considering this, he can have innumerable seizures in a day.

Your baby may break into a sweat, turn ashy and experience muscle rigidity or spasms. He may also gag, scream, faint or smack his lips.

If you find your baby staring vacantly into space or having a daydream, he will blink rapidly or chew food. Each of these seizures is short and can happen several times in a day.

Due to a sudden muscle tone loss, the infant goes limp and does not respond. His head may drop all of a sudden, or if he had been walking, he might drop on the floor.

Some parts of the baby’s body, like his limbs, stiffen.

Some muscles in the baby’s shoulders, neck or arms begin to shake vigorously. Myoclonic seizures are known to happen in clusters, many times a day and spread over several days.

If a child suffers from epilepsy,he has an increased risk for a learning disorder, apart from ulcers, headaches and other physical problems.

There are several coping strategies that you, as a parent, can adopt for your epileptic child. Remember, epileptic are as normal as anyone else. Medication and a caring heart are all he needs.

11 Safest Ways to Protect Your Kids from Mosquitoes

Tips For Better Sleep For Your Children