Every woman is excited about her pregnancy and to give birth to a new life. But sometimes all pregnancy doesn’t result in the birth of a baby, they might get aborted due to many reasons. Abortion is a scary thing for everyone. A woman may feel like, abortion might affect her future pregnancies. But in most cases, an abortion does not affect the fertility of the woman nor cause an impact on future pregnancies.

All You Need to Know About Getting Pregnant After Abortion

An abortion is defined as a procedure to end a pregnancy. The removal of the embryo along with the placenta from the uterus is done. An Abortion can be done by two methods :

It depends on the woman’s choice considering the factors associated. Many research proves that abortion does not harm a woman’s fertility. It has been observed many women who have had an abortion have delivered healthy babies in their next pregnancy. A woman can get pregnant soon after the abortion, to avoid pregnancy within weeks of abortion contraception use should be done. 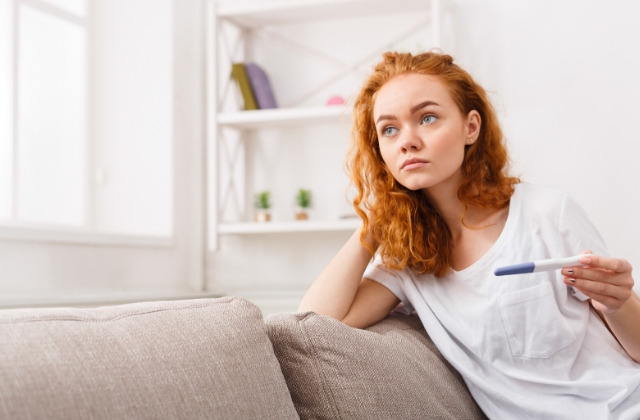 Do Future Pregnancies get Affected by Abortion?

In medical abortion, medicines such as e pills are taken by the woman in her first trimester. A combination of drugs such as mifepristone and prostaglandin are commonly used as their success rate is about 99 percent. It is considered to be safer and has no increased risk of harming the future pregnancy and its complications like premature babies, low birth weight babies, ectopic pregnancy (pregnancy where implantation of the embryo is not at the right place in the uterus rather implantation occurs at unusual sites )

A surgical abortion also named as, Dilation and curettage (D and C) which involves removal of the embryo by suction and instrument called a curette. The scarring of the uterus wall can be seen in rare surgical abortions. This is known as Asherman’s Syndrome. In the case of scarring, future pregnancies are difficult to happen and if they happen pregnancy loss can be seen.

What Happens After an Abortion?

It is recommended for a woman to:

How Does It Feel After an Abortion?

A wide range of changes is noticed. The feel after abortion varies from person to person. Bleeding and cramps after an abortion usually subside in some days or weeks. The woman may have breast tenderness with milky discharge from the nipples. It is advisable to wear a snug-fitting bra for comfort. Fever with chills or rigor may also be seen soon after the abortion, but within two days they also disappear. If a woman feels nauseated for more than 24 hours it may be considered as a sign of infection, therefore immediate doctor consultation is required.

People have a wide range of fluctuating emotions after an abortion. Many women feel relief but some are sad  which is normal. Mood swings are casual.

Effects on the Period After Abortion

Having abortions under emotional stress can result in irregular periods. If this happens she should consult a doctor. Normally, the first period after abortion is light and of shorter duration.

A woman can have sex as soon as she feels like having it after abortion. But the majority of doctors recommend waiting for the vaginal bleeding to stop to decrease the risk of infection. The use of contraception is also done to prevent unwanted pregnancy.

How Soon After an Abortion Can a Woman Get Pregnant?

Ovulation starts within 2 weeks after an abortion. This simply implies that a woman can get pregnant before her first periods arrive after abortion. Moreover, the duration of pregnancy before abortion influences the period of ovulation. To avoid pregnancy soon after the abortion, the use of contraception is a must.

How to Get Pregnant Soon After the Abortion?

As mentioned above a woman can become pregnant within 2 weeks of an abortion. Generally, there is no consultation of the doctor required for the new pregnancy unless advised. As such no extra efforts are required. But some doctors recommend waiting until the first menstrual period ends after an abortion. This makes it more easy to determine the delivery date.

Pregnancy Test Accuracy After an Abortion

Soon after abortion pregnancy tests may result in a false positive. This is due to the body still have a significant amount of hCG (human chorionic gonadotrophin). But after abortion, it starts to fall and accurate results can be obtained after 3 weeks.

As such fertility of a woman is not affected after abortion but in rare cases, complications of abortion may increase the risk of developing problems in future pregnancies. Therefore, it is advised to visit the doctor and talk to him about any unusual symptoms seen after abortion.

7 Postpartum Thyroiditis Symptoms To Watch Out For