Our names are a huge part of our identities, which is exactly why superheroes have over the top, creative and elaborate titles for themselves. While none of us have any super human abilities but that should not stop anyone from naming their child after iconic characters whom we have grown up with as important parts of our lives. Since these animated characters are already established, your little one would grow up having someone to look up to and incorporating the attributes, which define these characters into her life. Hence, came up with a list of 21-baby girl names for you to seek inspiration from. 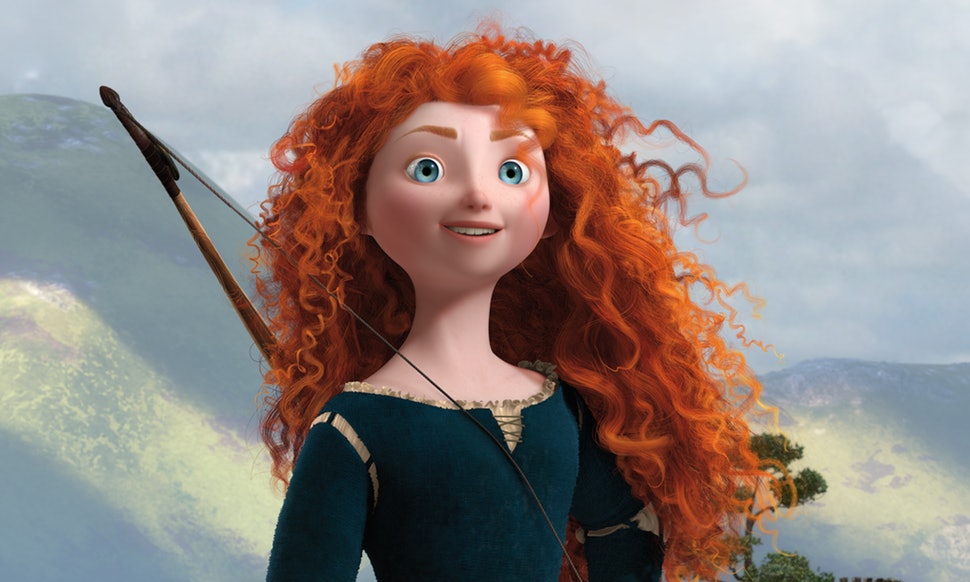 In Disney’s Sleeping Beauty (1959), Flora is the good fairy who gives Princess Aurora the gift of beauty. In Roman mythology, she is the goddess of flowers, gardens and spring. Flora was also the name of a saint who is a heroic figure in Scottish history.

Lisa Simpson is the middle child in the Simpson family in the Emmy award winning animated series, The Simpsons, which is also the longest running animated series to date (1989 onwards). Lisa is shown as a highly intellectual child for her age, with a high IQ and awareness of issues ranging from the environment to women’s rights. She plays the baritone sax and always takes a moral stance and follows the rules.

Short for Wilhelmina, Velma, means “resolute protection.”Scooby Doo has been a huge part of most of our childhood. All of the characters from the cult favorite are iconic however Velma who is the brains of the crew in Scooby-Doo, Where Are You?, which premiered in 1969. Always losing her glasses, her keen sensibility normally leads to solving the mystery at hand. Aside from being the intelligent one, Velma has also been shown as a protective and supportive friend for rest of the cast.

In Celtic, Merida means pearl. It also means ‘one who has achieved a high place of honor’. Merida is the protagonist of the Disney film of the same name. With flaming red hair and the need to be free of everything, Merida is one of the Disney princesses who did not have a happy ending with a prince but with her mother. The princess is a fearless young woman with an adventurous soul. Merida is a Spanish name. It is a place in both Spain and Mexico.

Raven is one of Teen Titan’s founding member and part of the DC universe.

She has a strong will and is constantly able to resist the demonic impulses that want her to serve her father, who is a demon. Raven is one of the superheroes with many superpowers like the ability to manipulate shadows and create darkness, manipulate energy from human emotions to actual reality, and creating hallucinations in other people’s minds. The girl also has clairvoyant abilities, can induce the seven deadly sins into the consciousness of her foes, and telekinetic powers making her a complicated but morally strong superheroine.

Marie is the kind yet somewhat spoiled kitten in Disney’s original animation from 1970, The Aristocats. Marie means“star of the sea” in Latin and is the ancient title of the Virgin Mary.

A femme fatale in Disney’s Hercules (1997), Megara means fury in Greek. She is an independent woman. She sells her soul to Hades to revive her love only to have her heart broken by him, which makes her bitter and world-weary. She had Hades’ sympathy towards her, which led her to have a shorter punishment sentence. Megara also did not fall in love with Hercules right away, he had to win her over by his determination and will to defeat Hades.

Katara is one of the sidekicks in Avatar: The Last Airbender. The show is set in a world where people can control one of the four elements and the Avatar – the one person in the world who can control all four elements – as he attempts to defeat the evil Fire Lord and restore balance to the world, is the protagonist. Katara has a very clear set of goals. She wants to become a master waterbender, allowing her to telekinetically control water, snow and ice, which has been her life’s aim. Katara is a fearless,young girl determined to bring down a conquering empire and become a master of her craft and wants to protect her friends and family.

Created by Craig McCracken 1992, Blossom is one of the three protagonists of The Powerpuff Girls. The heroine is seen with long, red hair usually up in a ponytail with a giant red bow, pink eyes, pink dress with black belt, and white socks with Mary Jane shoes. She is intelligent, girly, strong and is known as the “commander and leader” as well as the “smart” one. She mostly does things right, but she does make mistakes but she isn’t scared of owning up to them and apologizing.

Colette is the female chef from the film “Ratatouille”. A tough and strict person on the outside but gentle and soft on the inside. Colette is the diminutive form of Nicollet and means ‘people of victory’. Colette is also the last name of an iconic French novelist.

Spirited Away is one of the best stories of our time.Like most of Miyazaki’s films, this is also a movie full of little symbols and fascinating concepts. It is a story everyone can relate to, kids or adults. Chihiro’s growth into a capable individual is a core factor to the movement of Spirited Away’ssimplistic plot. During her adventure in the Spirit World, she matures from a little girl with a child-like personality who is easily scared to a hard-working, responsible, and brave young girl who has learned to be fearless for those she cares for. To protect her friends and rescue her parents, Chihiro sheds her former personality and adapts to her environment to become a fearless, quick-witted and reliable girl.

Princess Aurora is the lead protagonist of “Sleeping Beauty”, 1959. Although the princess spent most of the film sleeping, with the least amount of dialogue as a main character in any of the Disney movie, Aurora is a soft hearted and obedient young woman. She is also slightly naive and carefree, because of being sheltered for most of her life.

The name Aurora has a distinctly romantic vibe. Aurora was the goddess whose tears turned into the morning dew, in Roman mythology. Aurora means ‘dawn’ in Latin.

In “The Incredibles”, Violet Parr is a shy, stubborn, sarcastic and practical little girl who has the power to become invisible, like ultraviolet rays, which are invisible outside of the visible spectrum of the human eye. She used to be a very shy, nervous little girl but grows up to find her confidence and use her powers for the good.

The main character in the Dreamwork’s series Shrek, Princess Fiona is cursed that between dusk and dawn she is human but at twilight, an ogre. Fiona is a very down-to-earth and independent woman who is a match for Shrek when it comes to the not-so-attractive bad habits that he has. She is a loyal friend and an expert in hand-to-hand combat with knowledge of Japanese martial arts. Fiona mean fair in Irish.

UsagiTsukinois the main lead of the retro anime “Sailor Moon”. Usagi was the chosen one, a reluctant hero and she was far from perfect. As a fourteen year old balancing school and superhero duties, she complained and she whined, but she also had a heart of gold. She later grew into a leader, proving heroes don’t have to be perfect.

History was made when Tiana was announced as a Disney princess since she was the first African-American princess in the franchise. Tiana’s character is based on real life New Orleans based chef, Leah Chase. A strong woman character who did everything herself with her will and hard work. She does not like being undermined and taken lightly.

She believes that ,”The only way that you can get what you want in this world is through hard work”. Obsessed with the idea of turning her dreams to reality, she appeared to be too absorbed in work ethic but that is exactly what makes her the role model young girls need today.

Sofia is a young girl who becomes a princess overnight after her mother marries the king in the show, Sofia the First. Sofia learns that looking like a princess is not hard however to behave like a princess must come from one’s heart. Sofia has qualities such as kindness, courage, generosity, loyalty, honesty, and grace. The name means “wisdom” in Greek.

Born on the planet Thanagar, ShayeraHol joined the police force in her adolescent years and grew to become one of the planet’s fiercest warriors and most decorated officers in the DC universe. Shayera chased a criminal to Earth and became fascinated by the planet and its people whilst she was here. Once she captured and delivered the fugitive to Thanagar, Shayera decided to become a native of Earth and use her experience as a force of good to bring justice to her new home and became the high-flying hero known as Hawkgirl.

In Phineas and Ferb, Isabella is a cheerful, fearless, quick-thinking, sweet, optimistic, and easy to get along with. Always eager to help with Phineas and Ferb’s  big and crazy inventions. When she participates in their endeavors, it’s either for the fun of it, accomplishment patches, or a way to simply be with Phineas, who she has a crush on.

Kara Zor-El famously known as Supergirl is Superman’s cousin from the DC Comics. Supergirl possesses Kryptonian standard abilities that include being incredibly strong, fast and nigh invulnerable, and the ability to fly. Kara’s core strengths are being kind-hearted although she is short-tempered and her struggle to adapt to an alien environment.

From the 1996 Disney film, The Hunchback of Notre Dam, Esmeralda is a Romani woman residing underneath Paris. She is verbally powerful, street-wise, cunning and  has a high morale. She was the only person in all of France to downright rebel against Frollo and his cruel reign. Even when she is finally captured by Frollo’s men, and is seconds away from death, she remained fiercely defiant. Esmeralda is ultimately a kind, loving selfless soul underneath and was the only human to ever show kindness towards the deformed and naïve Quasimodo. She treated him as an average person and did not pity him. The name means emerald, in Spanish and Portuguese.

There is a lot in a name and a name inspired by these wonderful, strong willed women and young girls would be the start of inculcating core human values in your little girl.

201 Unique and Beautiful Girl Names Starting with B

7 Causes for Autism in Children