If you are expecting a baby girl, then you might be in the pursuit of finding the best baby girl names. The choice of the baby’s name makes us especially excited during pregnancy. The queen of the house is about to arrive and everyone asks the million dollar question: do you already know the name of the girl? And of course, before having an answer there are hours and hours of reflection, hard negotiations, the odd fight and a lot of searching the internet for ideas, meanings, and etymologies.

The name kept should be liked for its meaning or for its sonority, it has to combine with the surnames and above all, it has to transmit something special to us. A name is for life, so start making your list.

The name is the clearest legacy that you are going to leave to your daughter. Something in which she has no capacity for decision, but that will accompany her throughout her life … so you can choose carefully if you do not want reproaches to arrive during adolescence. 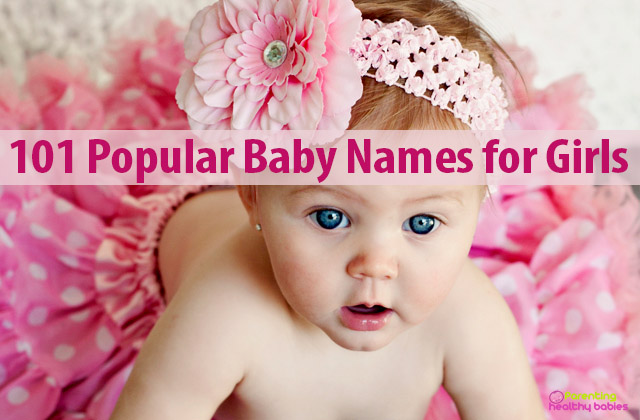 Derived from the Latin word lux, “light” and refers to “that which is born at dawn”.

Greek origin and its meaning is “wisdom” or “she who possesses wisdom”.

Martina, the name of a girl coming from Martin, of Latin origin and means “consecrated or relative to the God Mars”.

Claudia, the name of the girl of Latin origin, that means “That one that walks with difficulty”.

Latin origin “Iulus” / “Iulia”, a name with which the members of the Roman family Julia were identified. It means “consecrated to Jupiter.”

Of Hebrew origin and its meaning is “Princess”, “lady”, “sovereign”.

Of Aramaic origin, means “she who knows how to listen”.

Of Latin origin (Dulcis). It means: “that which is pleasant and sweet”.

Aina is a name for a girl of Hebrew origin with possible Arab influence. Other versions of this name are Ainhara, Enara or Ainona.

The one who tells stories at night.

The one that grows.

Of Greek origin, it means “one, only”. Originally it was a nickname, but over the centuries it became a name with its own entity.

It means ‘the first ray of the sun’.

Coming from the Hebrew language, it means “Origin of knowledge”

This name means “The Father who is happy.”

Its origin lies in the Basque language, and means “Final”.

Coming from the Latin, it means “That which shines in the darkness”.

The once popular name of holy, which means “pure”, fell from popularity.

Allison is the modern version of the classic name Alice. This name means “noble” in Scottish, a charming feeling to give to your little one.

Amara is a beautiful name in many countries and cultures. Meaning ‘eternally charming’.

This old German name, meaning ‘exalted or noble’, will never cease to be in the popularity list.

Aniyah sounds like the other names Aliyah, Amaya, and Anya. You can even consider it a fallout for Ann.

Greek. It can be translated as “elegantly dressed woman”.

It’s the name Ana in Russian.

Hebrew origin. It means “the most svelte”.

African. “The one that forms a family”.

Of Greek origin, it means “kind”.

It is a Slavic name that means “peace”.

It is a name of Persian origin. It means “sun.”

It means “of noble lineage”. Symbolizes everything related

It was used to say “the native of Hadria”, a city.

It means sacred and venerable”.

Name of Basque origin. The name comes from Ainhara.

From the Arabic word meaning “our people.”

It means “Aurora”, the one that wakes up and spends the night.

It means by the conjunction of its roots “to separate, to reject”.

The name Alexia comes from the Slavic form of Alejandra.

Literally, it is “Flower of gold”.

Anahí is a name of Guaraní origin that makes reference to the flower.

Name of origin Greek that means brave and beautiful.

The name Andreína is a variant of Andrea and is of Greek origin.

Caritas means “charity” and is one of the theological virtues.

It means “belonging to heaven, celestial”, by its extension.

“That belongs to heaven.” Dynamic and nimble.

“Like the sky.” Celina values ​​her freedom above all.

One of its most recent meanings is”monastery”.

It means “clear” and was initially applied only to the voice.

Spontaneous, insightful, frank and endowed with a great imagination.

Constanza exhibits a great capacity for leadership and a lot of power.

It usually stands out from the others and flees from everything.

It is the voice that means “what is adorned”, “what is embellished” .

It means “cross”, one of the instruments of torture more.

The feminine name Daila comes from the Latin and means’ beautiful.

The feminine name Dania means ‘God is my judge’.

Literally, its etymology means “my judge is God”.

Decius is the Latin equivalent of the “tenth child”.

Its Latin form is Delphinus and means “dolphin”.

It is the well-known nickname of the goddess Artemis.

Name of Greek origin. Diadora seems to have a great talent.

It is a contraction of the divine Latin voice. It means “divine”.

It is the feminine voice dignus, “worthy”, “deserving something.

It means by its Hebrew origin- the innocent one.

It comes from the Greek voice dirkós, “pineapple”, the fruit of the pine.

It is the “belonging to God”, the one consecrated to the divinity.

Its meaning in Hebrew is very beautiful.

It is a name derived from the hathu voices, “fight, confrontation”.

It is a name derived from the Scandinavian Goddess of Health.

It is a name that derives directly from Gothic Alan, “grow”.

It is the name of the “sun”, it means the king of light.

It means “harmony”, it is the tuning in the chords of the song.

Emireth is of Latin origin and means ‘industrious’.

It is the feminine of imperator and means “the sovereign, the boss.

Ermenilda is a name derived from ermans, “force and power”.

Read More: 51 Japanese Names for Girl Baby You Will Love

There is an immense amount of names for babies, we know them, and we are also aware that it is often difficult to decide on one. It is the name that your child will take the rest of his life, a decision of utmost importance that deserves to explore all the possibilities.

Some of the names mentioned above are traditional names while others are new and modern names that bring freshness and novelty to the names listings.

Always try to combine the baby first name with your last name, so that you choose the right one, even if you think it’s nonsense. You will avoid that when your child grows up he will be mocked. It will be very useful to learn more about the meaning and etymology of names.