Uterus is a pear shaped reproductive organ in a woman’s lower abdomen that plays a major role during menstruation and holds the baby during pregnancy. It is connected to the ovaries, which produce eggs. During ovulation, an egg via fallopian tubes travels down toward the uterus. It is attached to the walls of the pelvis by flexible ligaments that allow it to tilt forward and backward.

It is a common condition occurring in around 75 percent of women. It means that the uterus is tipped forward toward the bladder. The tilt varies between individuals. It thus does not affect the structure of the uterus and doe not lead to any abnormality or health condition. This condition does not interfere with reproduction or have any impact on women’s health. Majority of women have anteverted uterus.

A Guide for Anteverted Uterus and Pregnancy 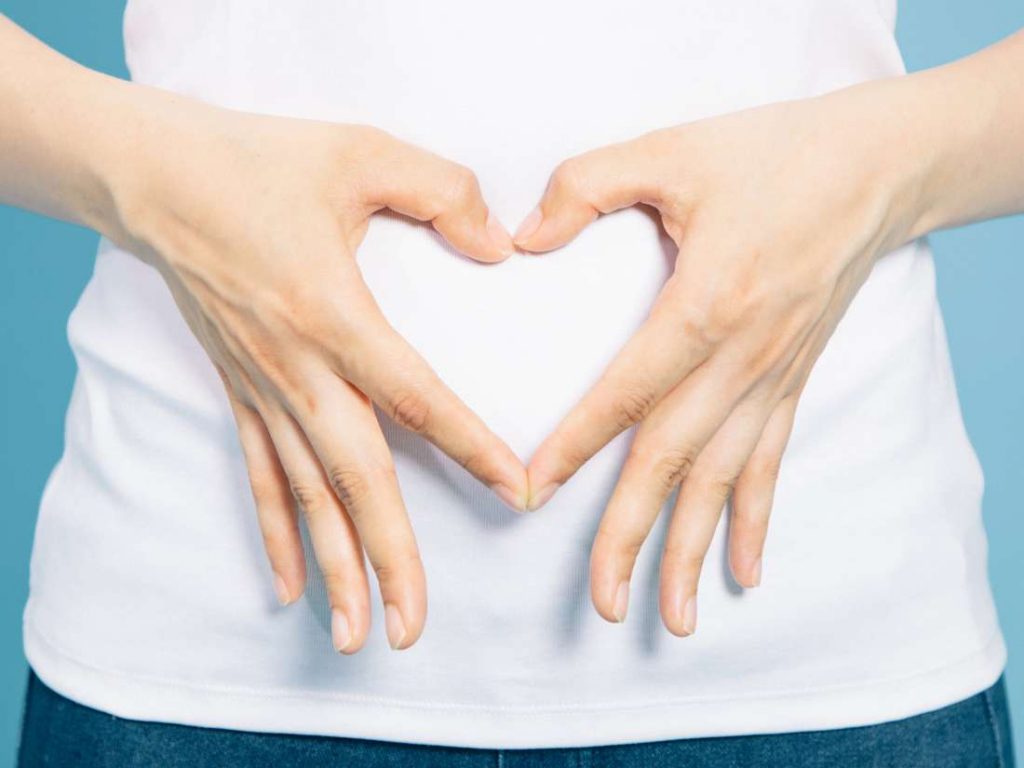 Mostly there are no symptoms seen. But if the tilt is extremely severe, there is pain and pressure can be felt in the front of the pelvis. Following are symptoms –

According to doctors they used to think that the shape or tilt of the uterus could affect the ability to get pregnant. But now, they know that the position of the uterus does not usually impact sperm’s ability to reach an egg. In rare cases, an extremely tilted uterus may interfere with this process. It is normal and not usually the cause of fertility issues.

An anteverted uterus won’t affect the sex life or sexual health. There is no pain or discomfort during sex. But if there is something serious consult the doctor.

In earlier times, it was believed that a woman with an anteverted uterus could not get pregnant. Recent advancements suggest otherwise. The tilting of the uterus is not at all related to a woman’s fertility. This is because the passage of the sperm covers through the uterus and the further process of fertilization has no connection with the orientation of the uterus.

An interesting fact can be noted is when a woman with anteverted uterus gets pregnant, her baby bump becomes visible sooner than expected. That could be before the completion of her 12 weeks into a pregnancy.

Many women are born with an anteverted uterus and is just the way the uterus is formed. In other cases, pregnancy and childbirth can change the shape of the uterus, which may cause it to become more anteverted. Also, it could be simply a birth defect. Rarely, an extreme tilt can happen when scar tissues are developed because of a past surgery or a condition known as endometriosis. This is a condition in which the tissues are layering the inside of the uterus, develops on the outside. According to a study it was found that women who have a cesarean delivery are more likely to develop a tilt in the uterus. Therefore, it a nautal genetic variation, much like an eye or hair colour.

Pelvic examination, an ultrasound or both are done by doctor to determine if the uterus tilts forward.

During a pelvis examination, the doctor might look at and feel the vagina, ovaries, cervix, uterus and abdomen to check for any abnormalities or complications. It includes –

During ultrasound or sonography, it involves using high-frequency sound waves to create images of the inside of the body and creates images to know whether the uterus is tilted or not.

No treatment is required for an anteverted uterus because it is not a serious problem that one needs to worry about. There aren’t any medicines or procedures designed to correct this condition of the uterus. This is a uterus orientation that a woman should survive with, normally and painlessly. These are the following things that can be done in order to ensure a good healthy living –


Lie flat on a mat with back on the floor and arms by the side. Take a deep breath slowly and gradually and along with that lift the hips to about an inch above the floor. Maintain this position for about 5 seconds and then exhale slowly while coming back to the original comfortable position.


Lie flat on a mat with the back on the floor and knees bent. Slowly lift one of the knees and bring it close to the chest with the help of both the hands. Maintain this position for about 10-15 seconds and release the foot back to its bent position.


This is another effective way that helps to maintain a healthy uterus and regular menstrual cycles. Also, it helps in ensuring a smooth fertility process as it boosts blood circulation through the uterus and also helps support the uterus muscles.

In case of any doubt, consult the doctor or gynaecologist to recommend best advice for treatment.

Anteverted uterus is tilted towards the abdomen and won’t affect the conception, pregnancy or childbirth. It is a normal condition which does not affect the sex life, ability to get pregnant, fertility or overall health. Although there is no need to worry, but for any serious complications consult the doctor.