Nowadays, women are becoming more ambitious towards their career, trying to establish themselves as an independent soul. While competing with the world, they are now choosing to plan their family at later stages of their life. Though the society is changing but some realities related to fertility remain the same. As women age, the chances are more to suffer miscarriage or carry the fetus with chromosomal abnormalities, birth defects or non-curable disorders.  Egg freezing is a technique by which women can get the freedom to shape their future and have a baby when they get ready to have one. 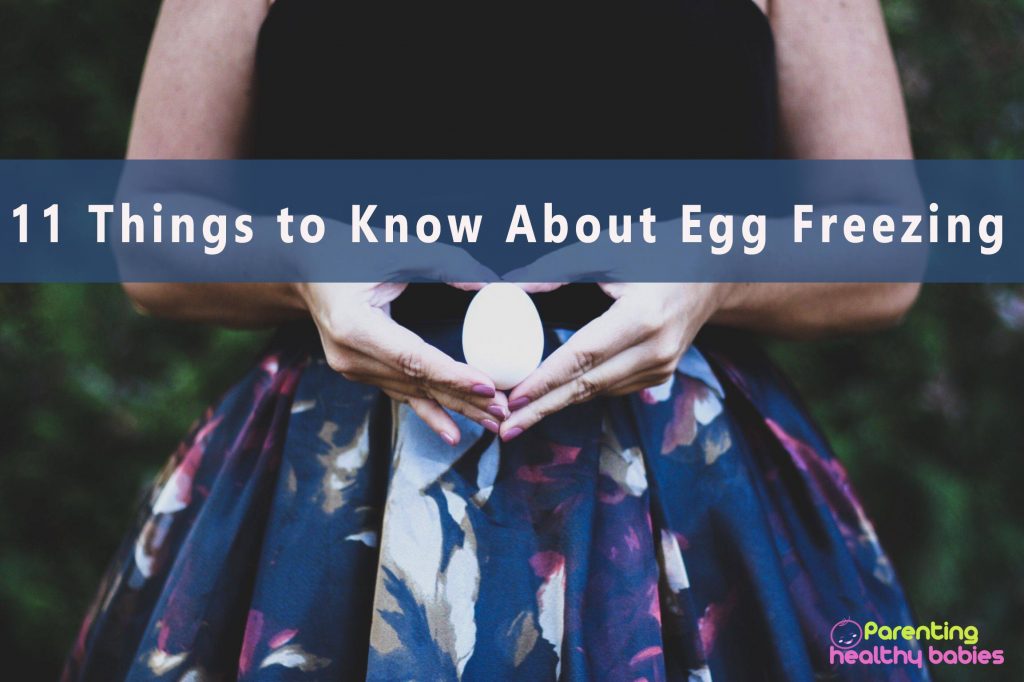 Though, on an average the age by which ladies enter menopause is late 40s or early 50s. Fertility begins to decline after the age of 30 making it hard for women to conceive. With a technique popularly known as egg freezing you can stop your biological clock and extend your childbearing years.

Who should consider egg freezing?

When should I freeze my eggs?

Fertility rate of younger women is ever high and thus they have significantly higher success rate of egg-freezing as compared to older women. Women who wish to experiment with this technique and freeze their eggs should do so during their prime reproductive years. However, women freezing their eggs in early 30s can still enjoy some peace of mind, but as your age increases the idea of freezing eggs will not be as beneficial for you as for the younger women coz of declining quality of eggs with growing age.

How does egg freezing work?

Egg freezing is quite similar to in-vitro fertilization. During the procedure you are put on a round of medications to stimulate your ovaries to produce eggs in multiple numbers. Meanwhile your ovaries are being monitored frequently with the help of ultrasound guidance and blood test and around the time of ovulation, the eggs are retrieved. During the procedure you will be kept under the effect of light anesthesia and a needle is positioned through your vagina towards ovarian follicle to harvest eggs. Once harvested, eggs are frozen using either flash-freezing technique or slow freezing method.

How long can the eggs remain frozen?

Frozen eggs can remain viable for as long as 10 years. The eggs are cryopreserved at a freezing temperature of -196 degree Celsius.  Based on scientific evidence and data available eggs frozen for up to 10 years does not lead cause any declination in their quality.

How many eggs should I store to achieve a pregnancy?

As per the reports of the American Society for Reproductive Medicine there is only 2 to 12 percent chances that a single frozen egg will result in a live birth. That’s why doctors often suggest to maximize success rate by having a couple of dozen eggs frozen. Thus 10-15 eggs are recommended to get frozen for each pregnancy attempt

Read more: When is A Woman Most Fertile

How well does egg freezing work?

On an average the egg thaw rate and fertilization rate is expected to be 75% in women up to the age of 38 years. The data on pregnancies that resulted from frozen eggs showed mixed results. As per the data of 2013, 1 in 4 cases were successful. But since then there has been great developments in this technique, increasing the success rate to quite a great extent.

There are several other factors that determine success rate of this newly developed technique:

It is considered that younger the women at the time of freezing of her eggs, higher will be the success rate. The age at which a woman returns to use them is considered not to have much impact on success rate. Therefore if you are over 37 years of age at the time of egg freezing, there will be lower chances of getting success with future pregnancies.

The data available on success rate of having pregnancies from frozen eggs revealed that there is no increase in chromosomal abnormalities or pregnancy complications when compared to that of derived from fresh eggs. Although the data available to-date is quite reassuring, it will take several years to get completely assured of safety of egg freezing technique.

Though egg freezing does not offer you 100% guarantee to lead to a live birth, but it is definitely a technologically advanced option to add some more years to your reproductive cycle while focusing on career and educational goals at present. In case you are having a partner, getting embryos freeze and thawed would offer you great chances of having a successful pregnancy at later age.