3D/4D ultrasound has become very common during pregnancy. With this advanced technological innovation, parents can see their yet unborn baby clearly. It is quite interesting to note that many parents are making videos and CDs of the ultrasound to keep as a keepsake for the baby so that he/she can have a look at the same later. With the help of ultrasound, one can see the growing baby distinctly will all body parts like the arms, legs, etc. The gender of the baby can also be ascertained with the help of this technology. 2D ultrasounds did not give very clear and detailed images of the baby, but with the 3D and 4D versions, immaculate detailing can be seen in the images. However 3D and 4D ultrasounds cannot be done at any time during pregnancy. You must know the right timing for such tests so that you and your baby are completely safe.

Read More: Is It Implantation Bleeding or a Chemical Pregnancy? 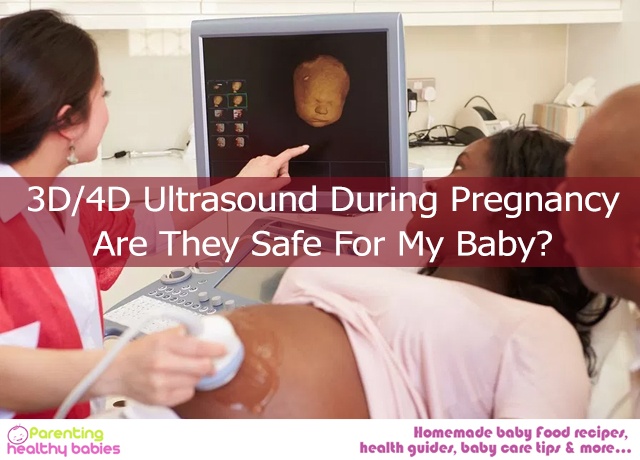 What is the best time during pregnancy to get a 3D ultrasound done?

As mentioned previously 3D and 4D ultrasounds cannot be done at any time during the pregnancy period. With these tests, you can see your developing baby on the screen. More advanced the stage of pregnancy, higher are the chances of getting clear images of the baby. The best time to get a 3D/4D ultrasound done during pregnancy is between 26-32 weeks. During this time, the ultrasound will bring some amazing pictures of the baby. In fact, many of these images also capture interesting activities in which the unborn baby is involved inside the womb. He/she might be seen sucking the thumb or playing etc.

With the help of 3D ultrasound, it is possible to determine the gender of the growing baby in the mother’s womb. With traditional 2D ultrasound, the time taken for determining the sex is quite delayed. As per a published study, it has been known that women who had undergone 3D and 4D ultrasounds in their first trimester, almost 90% received correct predictions regarding the gender of the developing baby. The rate of correct predictions is quite high. Majority of these predictions were made between 11 and 14 weeks, which is in the first trimester.

Numbers of times ultrasound tests can be done during pregnancy

People had a notion earlier that having ultrasounds on a repeated basis during pregnancy might harm the baby. But there is nothing of this sort that happens. In all the years when ultrasounds were done, there is no evidence of the fact that the baby is harmed by the same. It is possible to have up to 5 ultrasounds for a woman who has absolutely normal pregnancy without any kinds of complications. By checking the images on the ultrasound, the doctor is able to gather more details and information on the pregnancy, including the growth and development of the baby, of any complications that might arise, the position of the fetus and also of the probable due date.

When it comes to the safety and security of your unborn baby, it is obvious that you need to be extra careful. There are different kinds of reactions which come with the safety of 3D and 4D ultrasounds. While some say they are absolutely safe; some opine that excessive use might harm the baby. The doctor is the best person to ascertain as how many ultrasounds a pregnant woman can need and how safe it would be overall. Whether it is the 2D, 3D or 4D ultrasound, the mechanism of scanning is the same. Neither strong, intense sound waves are used in 3D or 4D ultrasounds nor is higher amount of heat produced in the advanced ultrasounds. In 3D and 4D ultrasounds the sound waves which bounce off the baby for taking the images are decoded in a completely different manner. The difference is in the software use and not in the mechanism in which the ultrasounds work.

Along with checking the details and position of the baby, the advanced ultrasounds are also used to ascertain certain physical anomalies and abnormalities in the baby. Therefore, you can get 3D and 4D ultrasound while pregnancy as many times your doctor recommends.

Read More: When to take a Pregnancy Test?