Trichomoniasis or also known as “trich” is the newest iteration of the sexually transmitted infections that is present in the 21st century. Sexually transmitted infections are very common as there are many people all across the globe who happen to have unsafe physical activities and acquired such conditions. But then trichomoniasis is a condition that can only be acquired by a parasite.

Generally speaking, men usually don’t get the condition, but then if they do, they don’t realize it as there are no physical symptoms at all. Only if their partner were to get it then they might have to get themselves checked in order to know whether it is there or not. But then women who happen to get it generally have a foul-smelling vagina, painful urination, and genital itching as well. But then for women, there have been vast experiences about trichomoniasis and for men, there hasn’t been much information available out there. Therefore, let’s try to get to know as much as possible about the condition and know more in-depth about trichomoniasis in men. Let’s get started. 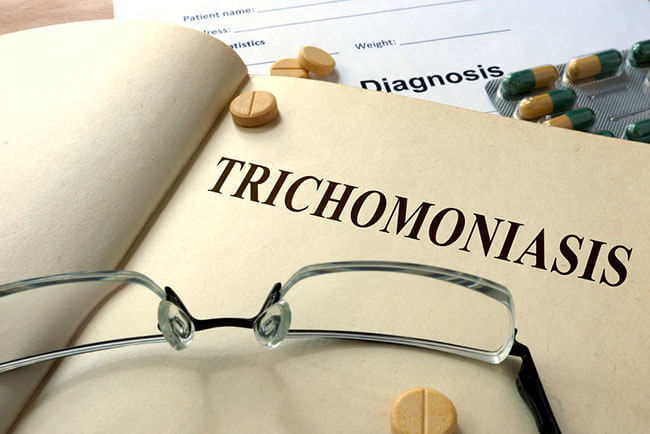 Symptoms of trichomoniasis in men

Trichomoniasis is a tricky condition where the symptoms aren’t really known at the start. But as time flies by and with more physical activities, you can come to know whether or not you have the condition. The following symptoms of trichomoniasis in men are given below.

Read More: 13 Dangerous Infections During Pregnancy That Affect the Baby

Irritation inside the penis

What this means to say is that the region inside the penis where you excrete urine out start to burn and the tip of the penis happens to be itch like crazy. Also, the region becomes susceptible to itching but as you can itch in such a delicate place, it becomes very hard for the person to bear the pain.

Burning sensation after urination or ejaculation

Burning sensation is quite common without the condition as well. It’s something that you never know when it might happen. Yes, when some foreign substances that might have stayed in the region of your urination could have caused this but then if you have the symptom of burning sensation after ejaculation, then it might be trichomoniasis.

Some weird discharge from the penis

Usually, you would never find any kind of discharge from your penis as it’s generally blocked and nothing gets out. But then when you have trichomoniasis, then you can see some interesting discharge of fluids taking place unknowingly.

Causes for trichomoniasis in men

Well, the causes of trichomoniasis is mainly sex. But then the other main reason as to why men usually get it is because of a parasite named protozoan that happens to be inherited by your sexually active partner. It takes up five to twenty-eight days for the symptoms to be visible in men and then they aren’t that deadly or anything as such. But then consulting a doctor is required to keep everything in order. Women get this condition quite often such that men inherit it from them through their sexual activities.

Risk factors of trichomoniasis in men

There are certain factors that you might have to avoid in order to prevent trichomoniasis to occur in your body. All of which are given below.

You never know which of your partner’s might have some weird condition that you might inherit and cause some serious problems in the end. Hence try to stay with one and get yourself checked after every sexual activity that you might have.

If you were diagnosed with the condition of trichomoniasis, then it’s highly likely that you might get it again all due to sexual activities. So try to stay away from sex and take medication from time to time.

Having sex without the usage of a condom can be really harmful and cause various conditions similar to trichomoniasis. It’s something that everyone should keep in mind, especially men, that have sex only while wearing a condom such that conditions like these are prevented and eliminated for good.

The prevention of trichomoniasis is relatively simple and straightforward. There’s nothing much required other than a few tablets and a doctor’s checkup to see whether everything is alright and nothing has happened to the body. If in future if you were to ever have any kind for physical activities, then use a condom as it prevents the occurrence of such infections and makes it safer for you in the long run.

Hence try to stay safe and take doctor’s appointment at least once in a month to see whether everything is okay and there are no infections silently raining about in your body. Therefore, all the best and do the needful.

9 Must Know Side Effects of Weight Loss 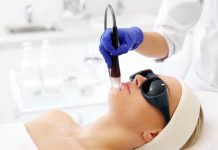 Is Laser Treatment For Dry Skin Truly The Answer?