A threatened abortion medically refers to a situation of heavy bleeding within the first 20 weeks of pregnancy. This is also called a threatened miscarriage because, in such a situation, miscarriage is a possible result. Sometimes, there is a prelude to this bleeding in the form of abdominal cramps. According to a medical journal called ‘Healthline’, nearly 20% to 30% of pregnant women experience this bleeding, and among them, about 50% women complete their term.

An Ultimate Guide for Threatened Abortion 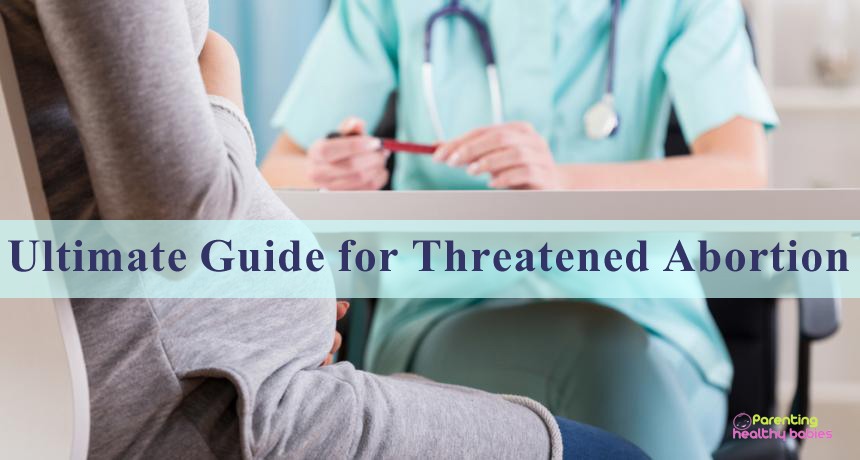 The most common symptoms of a threatened abortion are:

A concrete treatment for a threatened abortion is something that even experts have not yet been able to formulate. The usual ways are to improve certain lifestyle habits. Your doctor may suggest some of these basic remedies:

Apart from these domestic solutions, you might have to receive progesterone injections in order to increase the hormone level in your body. Depending on your condition, the gynaecologist may also inject an Rh immunoglobulin so that there is no development of potential antibodies affecting the blood of the foetus.

One of the positives to focus on, even if you face a threatened abortion-like situation and experience severe vaginal bleeding, is that almost half the women faced with such a condition make it to the delivery table. Vaginal bleeding necessarily doesn’t imply a miscarriage. To keep things safe, keep a close watch on your symptoms and call the doctor at the slightest abnormality that you experience. Otherwise, there’s no need to worry!

Chanting Mantra During Pregnancy: Does it Impact the Unborn Baby?