The areas in the genitals are usually moist and warm- an environment ideal for the growth of microorganisms such as bacteria, yeasts, viruses and so on. These microorganisms which exist on the skin or mucus membranes present in the genital organs of both males and females and can be transmitted, as can organisms in semen, vaginal secretions, or blood very easily during sexual intercourse. Some of the commonly known sexually transmitted diseases are:

STI and Fertility: Things You Should Know 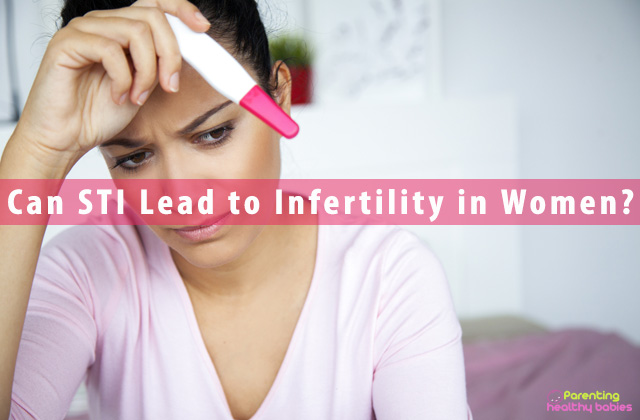 The problem with Sexually Transmitted Infections is that it is not possible to understand by seeing a person if he or she is a victim of STI. In fact, sometimes, the patient himself or herself might not even be aware of the fact that he or she is a victim of the disease. There are no specific symptoms of these diseases as a result of which they might often go unnoticed or untreated. These diseases are most easily passed on due unprotected sexual intercourse (for not using protections like condoms) or use of unsterilized syringes.

According to an estimate of the WHO (World Health Organization), there are almost 1 million new STIs acquired each day worldwide. Moreover, people falling under the age group of 15-24 become victims of half of all new STIs, and 1 in every 4 sexually active teenager females has an STD. Compared to older adults, adolescents have a higher risk of getting an STI.

The term infertility refers to the inability to reproduce or conceive a child. It can technically be referred to as failure to conceive a baby in spite of repeated efforts (of sexual intercourse) at least for one year. According to a survey, 10 to 18 percent of couples have different problems getting pregnant or in having a successful delivery. Infertility however, owing to the advancement of medical science today is treatable and, in many cases, curable. Whether it can be treated definitely depends on the reason of infertility but for most of the common reasons, proper treatment and medication is often successful in treating infertility.

One of the major causes of infertility that you might not even have imagined about is an STI. This is majorly because most of the victims of a sexually transmitted disease are not probably even aware of the fact that they have the disease. In fact, to be under an impression that just because you do not have multiple sex partners, you cannot have a sexually transmitted infection is entirely a myth. Your partner might be suffering from a sexually transmitted disease and he too like you might be unaware of it. If you are trying for a baby, it is obvious that you are having sexual intercourse without protection, putting yourself all the more at a risk of a STI, and the STI might be the very reason of your infertility.

There are two major STDs that most commonly cause infertility in women:

The most frequently caused venereal disease reported in US is Chlamydia. In a survey done in 2014, it was found that there are 2.86 million chlamydia infections annually. Most cases are never reported because the majority of those infected show no signs of illness at all. Women for whom the disease is not diagnosed often suffer from pelvic pain, unusual menstrual discharge, spotting, heavy white discharge, and so on. If identified, however, it can be easily treated using antibiotics. But since so many women don’t realize they have chlamydia, it often goes untreated. This disease, if left untreated leads to Pelvic Inflammatory Disease (PID), which in turn, interferes with pregnancy. Insidiously, even if the test for an active chlamydia infection results in negative, the bacteria may have already moved from her cervix towards the fallopian tube causing PID.

Gonorrhea is another very common STI that like Chlamydia often does not show any symptom. Symptoms that are sometimes observed are mild and include discharge, spotting, and pain while urinating. Though it can be successfully treated with antibiotics, it is becoming harder to treat as antibiotic-resistant strains have developed in recent years. The problem with this disease is that this too, like Chlamydia, if left untreated, can cause PID.

What is PID and how does it affect pregnancy?

Pelvic inflammatory disease, commonly known as PID is an infection in the female reproductive organs, usually caused by the sexually transmitted diseases. This happens when the transmitted bacteria spread from the vagina to the uterus, fallopian tubes or ovaries. It is difficult to diagnose because it often does not show any symptoms. As a result, one might not even know that it exists and hence it is often left untreated.

According to a study, after each episode of PID, fertility is reduced: 12 percent of women are infertile after a single PID episode, 25 percent after two episodes, and 50 percent after three or more episodes.

As goes the proverb, “prevention is better than cure”, it is better to take precautions beforehand and go for tests and treatments if necessary as STIs are one of the major causes of infertility.

What Causes Migraines in Teenagers? Causes, Symptoms and Treatments