Rhodiola rosea commonly also referred to as golden root, roseroot, artic root etc. is a flowering plant, an herb that is considered to be adaptogenic with some amazing and not so widely known health benefits. It has long been used in traditional medicine, remarkably distinguished for treating anxiety and depression, fatigue, diabetes and a few other mental as well as physical ailments. Rhodiola is supposed to optimize the functioning of mind and body due to its adaptogenic effect. It effectively increases focus, physical stamina and strength. Its root contains more than 140 active ingredients, the two most potent of which arerosavin and salidroside. Some of its benefits include-

One of the most talked about claim of the herb Rhodiola is its unlikely power that helps a person cope well to stress and also adapt to it as a result of its adaptogenic qualities. However all these abilities have still not scientifically been proven right through means of well designed tests and studies. Consumption of adaptogens during stressful times is known to reduce the negative energy and thereby help you feel relieved and positively energized.

Another exceptional attribute of the herb Rhodiola is its ability to enhance physical and mental performance of people who use it regularly. Notwithstanding the fact that there is not much substantial support of scientific tests it is still continually used for various purposes as people have found it a helpful remedy. The physical benefits of Rhodiola herb seem to be excessively helpful to athletes. One study results also highlighted the effect of Rhodiola on mental fatigue. It reduces the mental fatigue and the brain is calculated to work about 20% because of its aid.

Rhodiola rosea benefits include its immensely protective effect that influences neurotransmitters in a way that increases your levels of dopamine and serotonin, thus conclusively have a positive effect  on your mood by enabling in the process of continually producing chemicals in your brain that make you feel better.

Turns out that the adaptogenic effects of rhodiola play a part in alleviating fatigue; as fatigue is caused as a result of stress and rhodiola herb somehow magically seems to reduce stress levels, it uproots the direct cause of fatigue and eliminates it. Certain researchers claim that adaptogens like rhodiola can calm the adrenal gland and also effect and normalize its functions. Many medical professionals claim that it works pretty well. A number of studies have been conducted at different times that found out about the positive effect of Rhodiola on fatigue levels and attention, as compared to placebo.

Diabetes is caused when your body does not suitably produce or respond to the hormone insulin resulting in high blood sugar levels that adversely effect your health. In a highly interesting and surprising research it is observed that Rhodiola may help in improving diabetes control. It has been shown to lower blood sugar levels among rats by increasing the number of glucose transporters in the blood. Such fascinating results as these have propelled people to experiment with the effects of Rhodiola on blood sugar level of people. However, more thorough research is required to confidently declare any such result. It is considered a highly probable treatment.

Rhodiola is a highly effective supplement when the immune system is concerned. It helps strengthen your immunity by increasing the number and activity of your immune cells. The extracts of the herb have been found to significantly improve and enhance your cellular immunity without causing any adverse effect such as inflammation. Though, the consumption of Rhodiola is not suggested for people with autoimmune disease because it could make their situation worse instead of helping it.

Considerably one of the most impressive and remarkable benefits of the herb is its ability to fight cancer. There is some evidence that supports the assertion that Rhodiola acts by temporarily reducing the growth of cancerous cells if not completely curbing it. Its extracts have been helpful in decreasing the multiplication of bladder cancer cells. Salidroside a compound of Rhodiola assists in preventing colon cancer. It can reduce growth and spread of tumors in liver as well. Claims have been made regarding its dna protecting abilities against cancer-causing toxins.

Side effects of rhodiola

A number of the above mentioned health benefits are supposedly true but do not have enough proves or scientific research to back them. While some medical professionals hesitate in suggesting the use of Rhodiola rosea to patients, others more freely and readily believe in the positive test results of the past and claim that Rhodiola has some amazing health benefits.

There are no known complications or potential risks involved in the intake of Rhodiola rosea. Some people report feeling uneasy ,dizzy and jittery; the side effects might pose as a problem for few people nevertheless in most cases the positive outcomes further outweigh the risks and side effects. Some common problems might be because of usual allergic reaction that we sometimes develop towards any herb or supplement. No really dangerous or life-threatening adverse effects of the herb have been discovered yet though Rhodiola rosea has not been approved by the U.S. Food and Drug Association(FDA).

Many a speculations have been done regarding the impressive use of Rhodiola in field of medicine and treatment; a lot of researches also prove and support its beneficial nature. You can try its effectiveness for yourself, though you should avoid buying adulterated versions of the herb being sold out in the market. Slowly increase the dosage if you find it beneficial and suited to your requirement. After a month of consuming the herb you can start noticing its benefits. We hope you found this article helpful. Return for more interesting health related feeds. 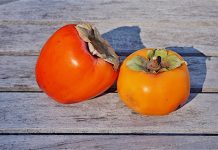 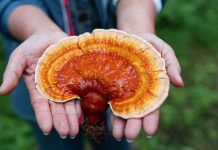 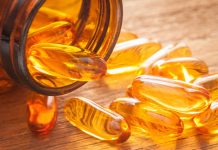