What is multiple sclerosis?

With the passage of time the number and intensity of diseases has seen a high rise in number. The severity with which certain diseases infect the body not only alters its functioning but also negatively affects the bodies other primary abilities also. A major example of such types of diseases is multiple sclerosis. It is also known as MS disease that attacks the efficiency of the central nervous system and the spinal cord.

Sclerosis directly attacks the ability of the body to communicate and carry forward messages sent from the brain to the body organs. The insulating covers in the nerves of the spinal cord and brain are damaged as a result of this disease. It is often referred as an auto immune disorder where the antibodies generated for the protection of the body have an adverse effect on the body damaging the healthy tissues.

Damage to the protective covering of the nerve cells also known as the myelin sheath slows down the rest of the body functions as well. It leads to problems in the speech, muscles and the vision also. A survey chalks out the rarity of this disease that 1 in 1000 people suffer from this disease.

Multiple Sclerosis and Pregnancy: Symptoms,Causes and Side Effects 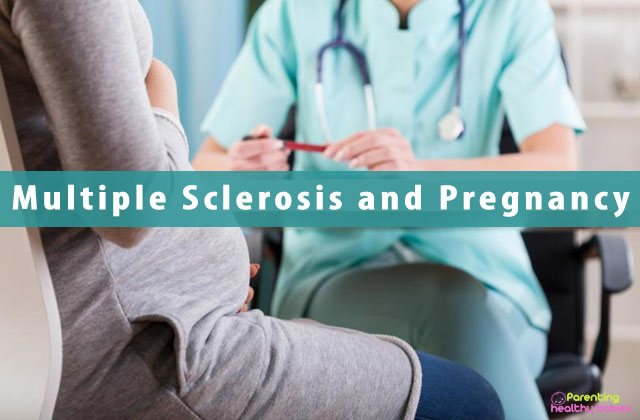 What are the Symptoms of Multiple Sclerosis?

Multiple sclerosis has a direct impact on the body resulting to multiple signs and symptoms that suggest the possibility of the disease in the body. Some of the most prevalent symptoms are

All the signs and symptoms that come up as a result of sclerosis differ in their severity. They can be mild or serious and demand the supervision of expert neurologists. This medical condition often leads to the possibility of the patient suffering from depression. The feeling of dependency and the fear of the unknown cause often makes the patient mentally depressed. This feeling of long term sadness also affects the daily routine of the body.

What are the causes of Multiple Sclerosis?

Though the specific cause of sclerosis is not known yet geographical, genetic and microbial infections are believed to be the cause of such mutation in the body.

Side Effects of Multiple sclerosis on Pregnancy

It is good to know that proper care and essential precautions from the very beginning help in the conception and delivery of a healthy child. It is said that pregnancy does not alter or worsen the intensity of sclerosis rather it improves the condition of the mother in the third trimester. Having MS does reduce or degrade the efficiency of the body towards pregnancy but does make certain changes in the pattern of the pregnancy. Unlike a healthy mother the MS suffering mother witness’s slight changes in her pregnancy and delivery. Some of them are;

It is to be noted that because of muscle weakening in the body as a result of sclerosis the ability of the mother to carry a baby is reduced increasing the chances of miscarriages. The suffering mother will need more care and close monitoring for not only her but also the health of the baby to administer that he does not bear the same genetic disorder. Some of the most common treatment advices extended to such pregnant mothers by doctors are;

Even though MS cannot be completely cured yet there are ways and exercises that slow the progression of the disease in the body which must be made a part of the daily routine especially for pregnant mothers.

Hope this article was of help to you! Please share your comments/queries/tips with us and help us create a world full of Happy, Healthy and Healthy Babies and Empowered Women!!

11 Must Know Things During Your Second Pregnancy

11 Best Sex Positions To Get Pregnant