Spanking kids was considered an effective tool to discipline them during the olden times, to keep in check the undesirable behavior of children. But in today’s age and time, corporal punishment or spanking has come under a lot of scrutiny. Parents, pediatricians, and psychiatrists seem to be constantly arguing, discussing, and debating about the pros and cons of spanking children.

Definitive conclusions are yet to be drawn regarding this age-old disciplinary tactic used by parents globally. However many studies and research go on to prove that spanking and other forms of physical punishments cause a serious threat to a growing child’s psyche. Spanking might seem to help bring children under control for shorter periods of time. However, it is not a good solution in the long run. In fact, it is detrimental to a child’s overall growth and development especially psychological maturity. 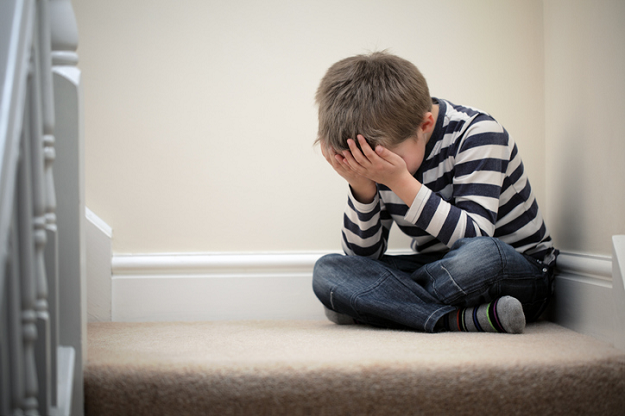 According to American Psychological Association, there is an amazing amount of study and research which proves that physical discipline or spanking can have adverse effects on children.  Let us have a detailed look at the reasons why spanking is ineffective or the ill effects of spanking.

Most of us are aware of the fact that children mostly learn by observing their elders. In other words, children imitate their parents most of the time. This is because they look at parents as their role models. So, when you hit your child every time they behave inappropriately, you are sending the signal that it is ok to cause physical harm. In the long run, they are more likely to use the same strategy to someone younger than them. They might unintentionally cause more harm than what is acceptable. To them, physical abuse might seem normal and tolerable.

Children getting spanked often start to have feelings like, “I am not good enough” or “I am not worthy” etc. They go through feelings of shame and guilt which their young minds may not be able to process. They feel that they do not deserve to be treated respectfully for the wrong they have done. Young children do not have the ability to deal with these feelings of shame. In the long run, they develop low self-esteem which can hamper their psychological growth and maturity badly.

It increases aggression in adolescents

If you go by the old-school method of disciplining your child by spanking them, then be assured it won’t work on teens.  Adolescent kids are already aggressive due to the influx of hormones. Hence, spanking won’t work on teenagers who are already struggling to process a wide range of emotions. Kids need care and understanding more than ever during their adolescent years. But if you keep yelling and spanking it can backfire leading to dangerous, aggressive behavior from them.

Spanking loses its effect in the long run

Over time the brain of kids exposed to spanking develops a kind of shield making them blunt to harsh behaviors. They get used to it and hence it no longer serves its purpose. Kids start developing an attitude that their unruly behavior is worth the spanking. Hence, spanking loses its effect in the long run.

Parents impose corporal punishment on children to curb their wild, undesirable conduct. But the harshness of it makes it useless, worse, counterproductive. Children learn wrong display of emotions during tense, critical life situations. They start considering the blatant display of anger to be normal and acceptable. They also wrongly learn that it is ok to hit someone who is less powerful. Therefore spanking turns out to be counterproductive without serving its actual purpose.

Effective Ways To Discipline A Child

Data and research prove that new-age parents thankfully understand the negative effects of spanking. More and more parents are looking for alternative and effective ways to curb the unruly behavior of their children and discipline them. So let us see some of the more effective ways of disciplining young kids.

Correcting a child’s behavior can be hard for parents. It is a task that is easier said than done. Children are capable of throwing tantrums for no reason at all. However, spanking is no solution to tame your child. With all its negative effects it does more harm than good. It is advisable to follow other effective gentle parenting methods to reap good returns in the long run.