Is there a miracle food that we can call anti-cancer? When it comes to health risks and diseases like cancer, we know there is nothing that we can do in advance to cure it. However, what if I told you that you can prevent cancer by doing something as small as incorporating certain anti-cancer foods in your diet? For the same, we compiled a list of 15 must have healthy foods that lower the risk of cancer. 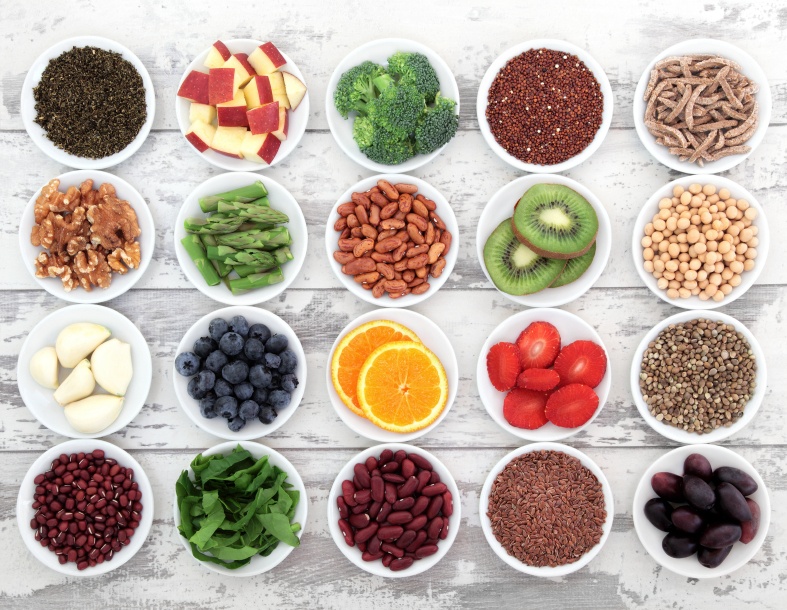 Citrus fruits are fruits that contain a large amount of citric acid that not only boosts our immunity but also is proven to have prevented cancer. The high concentration of citric acid is what gives the sourness to citrus fruits like oranges and limes.

Consumption of citrus fruits such as lemons, grapefruits etc., has lowered risks of developing tumors of the digestive and upper respiratory tracts.

The Sulphur compound in garlic kick starts the natural defence mechanism of the human body against cancer cells. In laboratory settings, garlic appears to kill leukemia cells as well as slows the growth of tumors in prostate, bladder, colon, and stomach tissue.

Read More: Is garlic healthy for my toddler?

Most of our immune system is housed in our gut. Probiotic foods, which contain good bacteria, promote a natural bacterial balance. These good bacteria stops tumor growth and helps in cell renewal making probiotics an anti-cancer ingredient. Cultured vegetables, as kimchi, kombucha etc. are also a big source of probiotics.

Chia seeds are rich in alpha-linolenic acid (ALA). These seeds are easy to digest and work well in a variety of recipes. A study published in the Journal of Molecular Biochemistry, in 2013 found that ALA helped limit the development of both breast and cervical cancer cells.

According to a study done by the USDA, out of 1,000 plants of different types of foods, artichokes ranked seventh in antioxidant content. Antioxidants are one of the primary means of defense for our immune system. The polyphenols in artichokes have preventive qualities, which means they can slow down or stop growing tumors.

Full of healthy heart fats and fiber, a research has shown that flax seeds help in preventing tumor growth and exterminate cancer cells. In one experiment, women with breast cancer received a flaxseed muffin daily. At the end of the study, the group that was consuming flaxseed had decreased levels of specific markers that measure cancer growth, as well as an increase in cancer cell death.

Green tea contains polyphenols, chemicals that act as powerful antioxidants and cancer preventive agents. There is a speculation that the low lung cancer rate in Japan, in spite of high rate of smoking is because of green tea consumption and is, thus, a cancer fighting herbal drink.

A study conducted in the late 2000’s suggested that people who took Cod Liver Oil, either in the form of capsules or oil, every day and developed cancer later in their lives, survived better than people who did not. Omega 3 being an active ingredient in cod liver oil helps in preventing cancer making this a huge anti-cancer superfood supplement.

Capsaicin, the ingredient which not only burns our moth but also gives the peppers a pungent odor also inhibits the growth of cancer cells. Capsaicin restricts the division of cells and slows them down. It starves the cancer cells of oxygen.

Curcumin, a very powerful anti-cancer ingredient, is found in turmeric in high quantities. Just like Omega 3, curcumin has anti-inflammatory properties.

Either in supplement form or whole form, edible mushrooms is proven to exhibit antiviral and tumor reducing abilities. The anti-viral properties in mushrooms directly target oncoviruses that lead to cervical cancer and liver cancers.

Today, thanks to multiple studies and continuous researches, we know numerous ingredients that have been backed by science to be foods that prevent cancer. Making small changes in our diet by incorporating foods that fight cancer, we can lower the risk altogether in the end and prevent cancer.

15 Foods that are Highest in Pesticides and Should Be Avoided