Autism is one of the most misunderstood disorders today. There a number of misconceptions about autism. One of the most common misconceptions is that autistic people are intellectually deficient. However, this is far from the truth. Autistic children can be as intellectual as any normal child. They may even excel at maths or other subjects. However, they are mostly deficient in social skills or communications.

In fact in the medical community autism is perceived as a disorder that is characterized by lack of social skills, verbal and non-verbal communications, repetitive behaviors etc. They may also have unique strengths and weaknesses. In fact there are a range of conditions that are clubbed together into Autism. Different environmental and genetic conditions effect children differently and give rise to different types of autistic conditions. This is why these are better known as autism spectrum disorders. So there is a wide variety in symptoms expressed by different autistic personalities.

Autism can be diagnosed as early as 2 to 3 years. In fact the earlier it is diagnosed the better is the outcome of medical intervention. Improvement includes an inclination to mingle with other children, improvement in speech and writing etc.

Read More: Can Fever during Pregnancy lead to Autism?

Autism Tattoos for awareness and support

Along with early detection and continued treatment what they need is social support and awareness. Widespread awareness about various facets of the disorder can play a major role in creating a wide support base for the victims. Autism awareness tattoo is one medium that can help to create such a widespread awareness through widespread use. You can go through 51 autism tattoo ideas and select the ones that best suit your or your child’s challenges and ways. Some of those 51 autism ideas are reproduced here contextually.

Heroic efforts of autistic children needs to be acknowledged

Ban ki moon, the Secretary General of United Nations had a meeting with autistic children and he had his own observation after the meeting. The gist of what he said is that he is inspired by the strength of children suffering from autism as well as their parents. They are heroes unto themselves. Their heroism needs to be acknowledged and for that awareness needs to be built up. You can do your bit through these tattoos. 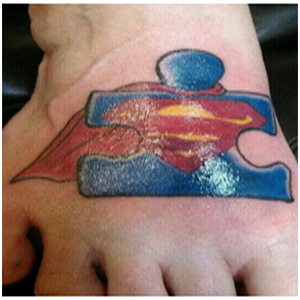 Myths regarding autism need to be demystified

Alex Parent, the American orator, had rightly put his observations about autistic children. He had demystified the idea that autism was caused by vaccines. And had, in fact, defended vaccines by saying that they have helped in preventing and even wiping out several deadly diseases caused by viruses. He   has stressed on the point that the skepticism about vaccines causing autism has led to the return of various deadly diseases which would have otherwise been wiped out. You can spread this awareness through this tattoo. 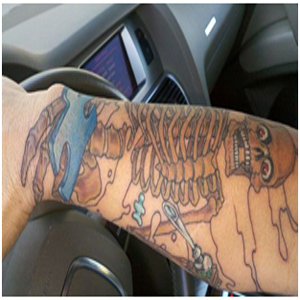 The best encouraging words are perhaps penned down by the American Autism Center, the international teaching center for treatment of autism in children as well as adults. What it has put succinctly signifies a lot in terms of encouragement and hope for autistic children and their parents. It says growth has never been by mere chance. In fact, it is a result of different forces working together. This fills the hearts of parents with autistic children with a ray of hope that their children can too become more like normal children if they too can synergize all the forces responsible for growth. Such awareness and hope can be disseminated through tattoos like – 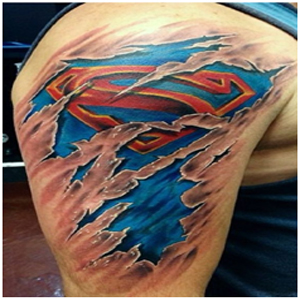 It needs to be acknowledged that each autistic child is unique

The varying degree of expressions and challenges in different people afflicted with autism has been perhaps best described by this quote of Kerry Magro, a award winning speaker, autism advocate and consultant. The gist of what he says is that Autism can’t define him, rather he defines autism. This broad spectrum of challenges is best described through these tattoos. 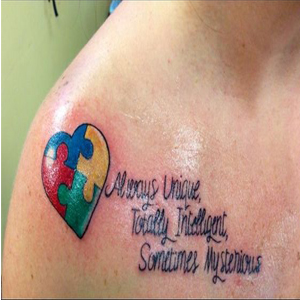 In fact, some of the best autism quotes are from people who have been suffering from autism themselves. Mary Temple Grandin, a professor of animal science at Colorado State University, America and consultant to the livestock industry regarding animal behavior is one of them. She has shared an excellent insight into the world of autism care when she says that kids have to be exposed to different things in order to develop. A child should not be expected to find out that he likes to play musical instruments unless you expose him to the world of musical instruments. Such words exude confident notions and inspiration about autism and can be best expressed by the following tattoos.

Such tattoos imply that autistic children are more like normal children and can have similar growth potential if exposed to different facets of childhood in the right way and with care. 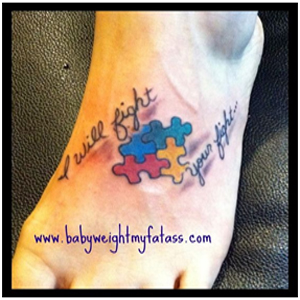 Awareness about different characteristics of autism

The diversity of autism disorders has also been upheld very intelligently by another autistic adult – Stephen Mark Shore, a professor of special education at Adelphi University. The gist of what he says is that autistic people are very unique in their challenges and expertise.What he tries to mean is very significant. It means that autism can assume different characteristics in different personalities. Such implications can be rightly captured through these tattoos. 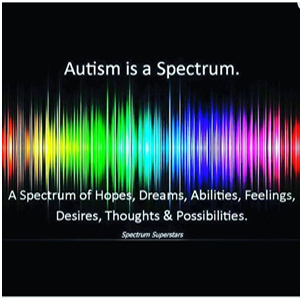 It is a challenge to teach autistic children. However, the likes of Dr. O. Ivar Lovaas have made this possible through their perseverance and expertise on the various aspects of autism. The quote of Dr. O. Ivar perhaps best exemplifies the challenges and ways of teaching children with autism. He says about autistic children – “if they can’t learn the way we teach, we teach the way they learn.” Such hopefulness and caregiving attitude can be succinctly captured by the following tattoos. 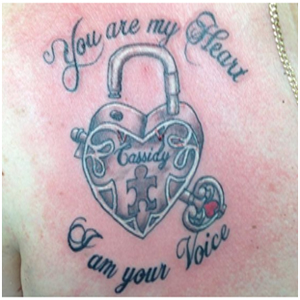 There are scores of tattoos beyond the 51 autism tattoo ideas that uphold the characteristics, challenges, determination, awareness and uniqueness of autism and autism victims. Each autistic child and adult has his or her own characteristics, challenges and determination to fight. There are tattoos that signify such unique facets of sufferers and also help in creating awareness about such facets. You can even imagine your own idea and get a tattoo that will help in creating awareness about your or your child’s condition and how you want to fight it. 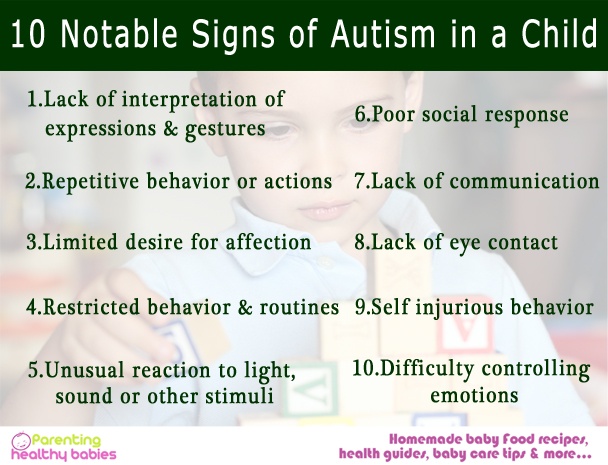 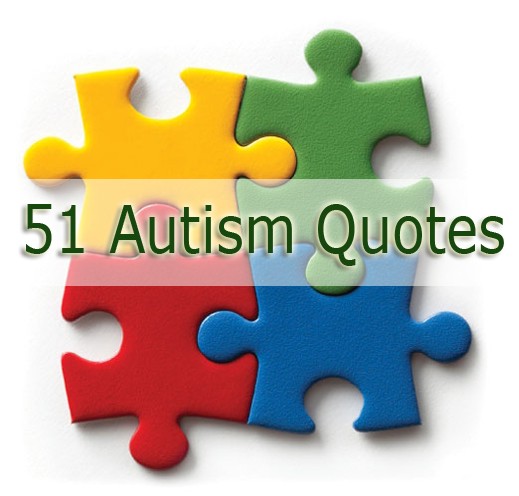