Amenorrhea is the absence of menstrual periods (one or more missed periods).

All You Need to Know about Amenorrhea in Teenagers

Types of Amenorrhea in Teenagers

It is of two types

It is a condition in which a woman never developed menstrual periods. When the first menstrual bleeding at puberty doesn’t occur by age 16 and it may be lifelong. It is seen rarely. The main cause for this is genetics, family history and lifestyle.

It is a condition in which the absence of menstrual periods in a woman who was previously menstruating and the normal menstrual bleeding stops occurring for 3 months or more. This may be because of a physical cause and usually happens later in life.

Symptoms  of Amenorrhea in Teenagers

The basic symptom for amenorrhea is absence of monthly period. Some of the other symptoms can include –

Causes of Amenorrhea in Teenagers

Amenorrhea can occur due to variety of causes some are normal during the course of a woman’s life while others may be a side effect of medication or a sign of a medical problem.

Low body weight – excessively low body weight about 10 percent under normal weight interrupts many hormonal functions in the body, potentially halting ovulation. Women who have an eating disorder like anorexia, often stop having periods because of these abnormal hormonal changes.

Excessive exercise – women who participate in activities that require rigorous training such as ballet, may find menstrual cycles interrupted. Several factors combine to contribute to the loss of periods in athletes, including low body fat, stress and high energy expenditure.

Stress – mental stress can temporarily alter the functioning of the hypothalamus an area in the brain that controls the hormones that regulate the menstrual cycle. Ovulation and menstruation may stop as a result. After the stress decreases usually regular periods resume.

Polycystic ovary syndrome causes relatively high and sustained levels of hormones, rather than the fluctuating levels seen in the normal menstrual cycle.

Pituitary tumor – a noncancerous (benign) tumor in the pituitary gland can interfere with the hormonal regulation of menstruation.

Premature menopause – menopause is seen around age 50. But in some women, the ovarian supply of eggs diminishes before age 40 and menstruation stops.

Uterine scarring – asherman’s syndrome, a condition in which scar tissue builds up in the lining of the uterus can sometimes occur after a dilation and curettage (D&C), cesarean section or treatment for uterine fibroids.

Read More:Herpes on Penis in Teenagers: Symptoms, Causes and Treatment

Is it Normal for a Teenager to Have an Irregular Period?

It is quite normal for some girls to have irregular periods during the first year of menstruation. However it’s not normal if a teenager misses period for 3 to 5 months in a row, especially if period was regular for some months before that. If this condition goes beyond 3 months, better to consult the doctor. The causes for irregular periods are –

What is the Most Common Cause for Secondary Amenorrhea?

Menstruation may stop for a number of reasons which include –

A girl’s period normally begins about 2 to 2.5 years after first signs of puberty and usually get first periods till the age of 15. However, it may vary as it can be a little earlier or later than others.

Just because a girl is 16 and haven’t got period doesn’t necessarily mean that anything’s wrong. There might be other reasons for not getting first period. It may be because of hormonal imbalance, eating disorders, stress and other illness which can delay periods.

For proper reason talk to the doctor and get the treatment done.

Is it Normal to Miss a Period when you are a Teenager?

Yes, it is normal to miss a period when you are a teenager. But if period doesn’t occur again then there is cause for this. It can be due to – 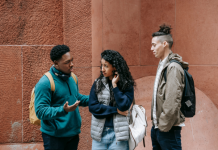 The Parent’s Guide to Common Teenage Issues And Solutions 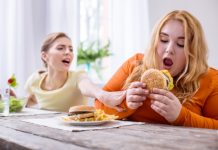 The Ultimate Guide to Teenage Obesity 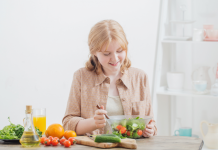 10 Must Watch Teen Shows on Netflix