Menses is a regular discharge of mucosal tissue and blood through the vagina every month which starts between the age of 12 and 13. According to the American Academy of Obstetricians and Gynecologists states that period is used as a healthy sign for a woman. There are various characteristics of the period which includes its length, colour and texture of blood indicating vital signs regarding health. There are different colours of menstrual blood that may range from bright red to orange, brown to black. 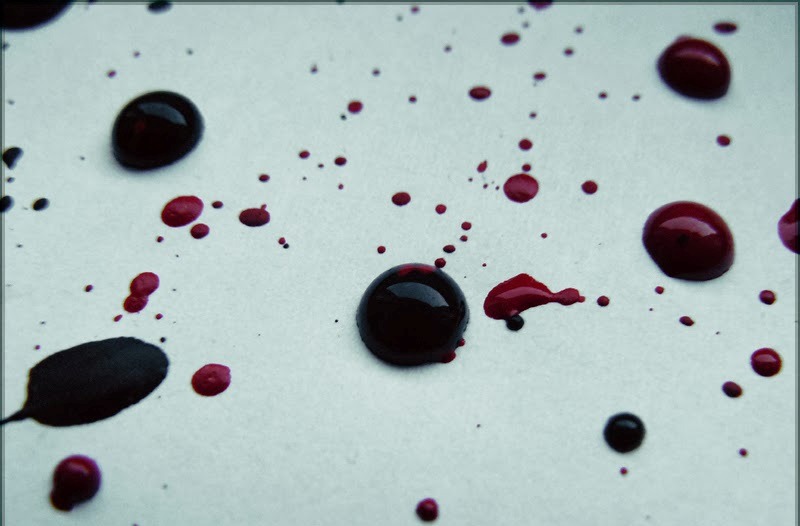 Black vaginal discharge may be alarming situation, but it isn’t always a reason for concern. This colour may be seen throughout the menstrual cycle, usually around the time of regular period. Oxidation of blood is seen when the blood takes extra time to exit in the uterus. This causes blood to appear a shade of brown to dark brown or black in colour. The colour may be seen as coffee grounds. In some cases black discharge is a reason to consult a doctor. Following are the symptoms to watch for –

Beginning or end of the period

The menstrual flow may be slower at the beginning and end of the period. As a result, the blood in the uterus may take longer to exit in the body and change from the standard red to a dark brown or black colour. If there is a black spot before a period, it may be blood left over from the last period. The vagina is simply cleaning itself out in these cases.

Black discharge may be a sign that a foreign body or object is stuck in the vagina. This can happen if a second tampon is put accidentally or forget about one at the end of the period. Other objects that may also stuck in the vagina are condoms, contraceptive devices like caps or sponges and sex toys. Because of these objects, the lining of the vagina irritates and may cause an infection. Other symptoms which are seen – foul smelling discharge, itching or discomfort in and around the vagina, swelling or rash around the genitals, trouble urinating and also fever.

Objects can’t get lost or travel to the uterus or abdomen. The cervix, which is located at the top of the vaginal canal, has only a small opening. If there is black discahrge or other symptoms and suspect that something stuck in the vagina, see a doctor. In rare cases, it leads to toxic shock syndrome which is a life threatening infection.

Sexually transmitted infections (STI’s) like gonorrhea or chlamydia, may cause bleeding and unusual discharge. Black discharge may of because of that older blood is leaving the uterus or vaginal canal. Heavy vaginal discharge of any colour with a foul odor is also a symptom of these infections. Other symptoms include – bleeding during or after sexual intercourse, painful urination, pain or pressure in the pelvis, vaginal itching, spotting between periods. Because STI’s don’t go away easily, so without any antibiotic treatment they may spread from the vagina to the reproductive organs. This causes PID and other infections. And if left untreated, PID may lead to complications like chronic pelvic pain and infertility.

Around the time of a late or missed period, bleeding in early pregnancy is common. Bleeding may occur as a part of the implantation process, when the egg embeds itself in the uterine lining approximately 10 to 14 days after conception. If the blood takes some time to travel out of the vagina, it may look black in colour. Other signs of early pregnancy include – missed menstrual period, frequent urination, fatigue, nausea and vomiting (morning sickness) and tender or swollen breasts. Not all women have implantation bleeding. If the spotting or bleeding develops into a heavy flow or lasts longer than a few days, consult a doctor.

Black bleeding and spotting may also be a sign of a missed miscarriage. It happens when the embryo stops developing but isn’t expelled by the body for four weeks or more. Between 10 and 20 percent of pregnancies may end in miscarriage. Most of them happen before the fetus reaches 10 weeks of gestation.

It is the bleeding that occurs four to six weeks after delivering a baby. The bleeding may start out as a heavy red flow with small clots and slow within a few days. From about the fourth day onward, the lochia changes from red to pink or brown in colour. if the flow is slow, the blood may even turn dark brown or black.

It happens when menstrual blood is blocked from leaving the uterus, cervix or vagina. As a result, the blood may turn black over the time it’s retained. The blockage may be caused by anything from a congenital issue with the hymen, vaginal septum or in rare cases absence of a cervix. If the blockage is very severe, it may develop amenorrhea.

In rare cases black discharge is a sign of cervical cancer. Most common sign is irregular bleeding between cycles or after sex. Vaginal discharge is early cancer may be white or clear, watery or foul smelling. It can even be streaked with blood that over time may turn dark brown or black as it exits the body. In advanced stages it leads to – weight loss, fatigue, pelvic pain, swelling in legs and trouble urinating or defecating.

It requires no treatment and black discharge may be a part of the menstrual cycle. When the discharge is heavy and accompanied by other symptoms like fever, pain or bad odor. The following are the treatment for black discharge depending on the cause-

Black discharge at the start and end of the period is not to worry. A typical period may last anywhere from 3 to 10 days and happen every 3 to 6 weeks. Black discharge outside this normal time is considered as irregular and should consult a doctor.

If there is pregnancy or recent delivery and black discharge is seen, make sure to contact the doctor.

Black discharge is normal to occur, but sometimes it should be taken serious. Better to consult a dc

Better to consult a doctor for any complications.

Can You Get Pregnant Right After Your Period?