Pregnancy is one of the happiest yet one of the most challenging times in the life of a woman. There will be innumerable people who will come up with suggestions and tips as what to do and what not to do during this time. While some will ask to eat something; others will ask to refrain from the same. Usually during pregnancy various kinds of supplements and herbs are recommended, but before taking them it is important to ensure whether they are safe or not. Among the various kinds of herbs which are suitable during pregnancy, alfalfa needs special mention.

Alfalfa is an herb, which is extremely powerful. This herb contains various kinds of essential minerals, which include magnesium, calcium, iron, sulfur, potassium, sodium, chlorine, phosphorus, silicon and other trace elements. The herb is also a rich source of various kinds of vitamins, including vitamin C, vitamin E and vitamin K. Vitamin K is an important component which helps in blood clotting. The herb also contains different kinds of essential amino acids.

Read More: Prenatal vitamins: Can I take them without being pregnant? 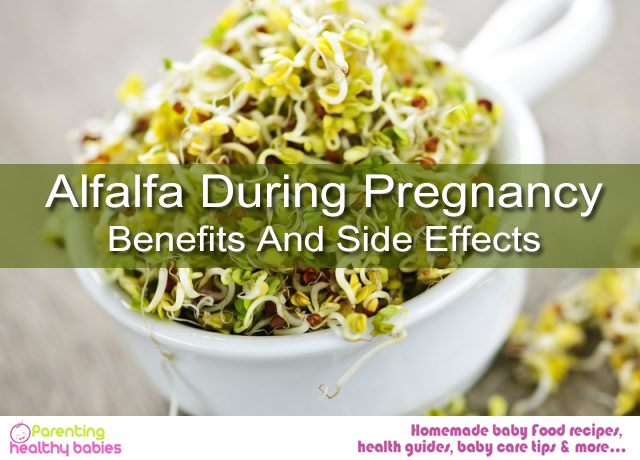 What is the use of alfalfa?

There are different uses of alfalfa. While some are for everyone, some are specifically for pregnant women.

Use of alfalfa during pregnancy

When taken in natural form and in the right quantities, lactating women gain greatly from his medicinal herb. The supply of breast milk is enhanced significantly with this herb.

Using alfalfa and breastfeeding – the connection

Considered as a galactagogue, alfalfa is an excellent ingredient which is very helpful in increasing production of breast milk. But for that there has to be control on the levels of alfalfa consumption too. The best thing to do is to consult the doctor and take alfalfa in recommended dosages. There might also be risks of some side effects taking place from alfalfa. Your doctor should tell you in details about the same as well.

Mentioned below are some side effects of alfalfa which might occur during breastfeeding:

There is no doubt that the consumption of alfalfa is great for pregnant and lactating ladies, but the right doses need to be known for best results.