Call it devil’s nettle or gordaldo, nosebleed plant or old man’s pepper, old man’s mustard or sanguinary, soldier’s woundwort or thousand-leaf or any of the given names, Yarrow is a magical herb. It is called by these names because of its heeling abilities. Even the biological name Achillea millefolium, is derived from Homer’s mythical great Trojan War hero, Achilles. It was believed that Achilles and his soldiers used this herb to heal their wounds and thus made them possible to go on fighting the numerous fierce battles. Maybe, the name is derived from a myth but its properties are surely a fact!

It is a long-stemmed member of the sunflower family found in the wild throughout the temperate regions of the Northern Hemisphere. It can be recognized by its highly segmented leaves (millefolium literally means “thousand leaves”), and the clusters of daisy-like white or lavender flowers at the top of the stalk. Yarrow has a similar flavor profile and can be used in place of tarragon in recipes. With a sweet yet bitter flavor, it really can make any dish more interesting, and you’ll reap health benefits at long run!

The flowers, leaves and stems can be used to make a medicinal tea. One can use either the fresh or dried herb. Yarrow tea can taste bitter so you can use honey to take the edge off if needed. Many tea recipes include lemon, which gives a nice boost of vitamin C and an added taste. Read on to read the benefits of this magical herb. 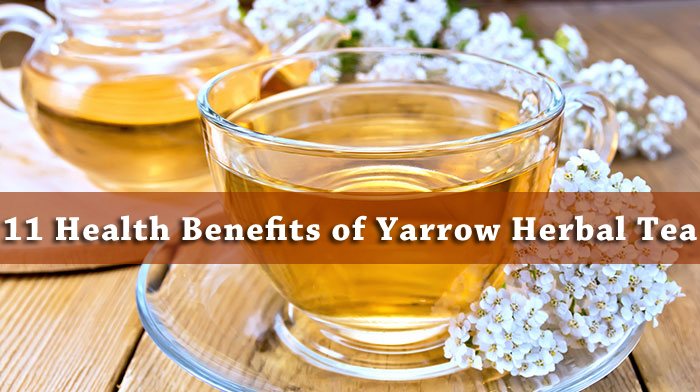 Yarrow has been employed for natural wound treatment for centuries. The chemical achilleine present in this herb is known for its ability to stop bleeding. In powdered form, it can be sprinkled on wounds to not only stop bleeding, but also to dull pain.

In addition, it’s a natural antiseptic so it can prevent wounds from getting infected. This is why many healing ointments include yarrow as a key ingredient. One study even showed how yarrow oil could provide wound-healing from napalm (a flammable liquid used in warfare) burns. Now that’s one serious wound to be able to heal. It’s really no wonder that in classical times, yarrow was referred to as “herba militaris” for its ability to stop war wounds from bleeding.

Consuming yarrow as a tea can do wonder to your body. It is even known to be the second greatest benefit of yarrow, the first being its wound-healing ability. It is believed that drinking tea made of yarrow can induce more perspiration. That is because yarrow can help dilating the pores and blood vessels under the skin, which in turn can help our bodies getting rid of some toxins along with the sweat.

As we all know, the most common and also proven traditional way to cure cold is to break some sweat, therefore, drinking yarrow tea can help relieving and even curing the common cold. When fever is building, drinking hot teas of yarrow can help it to break by relaxing the circulation and the pores of the skin, allowing us to sweat freely and ridding the body of infection. Dr Christopher, in a report,  once wrote, “Yarrow, when administered hot and copiously, will raise the heat of the body, equalize the circulation and produce perspiration.” It may seem inadvisable to raise the body heat in cases of fever but by using yarrow we are supporting the body in responding to infection naturally.

The classic formula for colds and flus is yarrow, peppermint and elderflower which should be drunk as a hot tea as soon as possible. The patient should then wrap up warmly, keeping a hot water bottle at their feet and wait to sweat. When there is a high body temperature but no sweating, this formula is especially useful to help release the heat via the skin. Now is the time to get these herbs in stock before the cold and flu season strikes.

Read more: 11 Must Know Benefits of Peppermint Oil for Kids

Besides being used on wounds and also being drunk as internal medicine, yarrow can also be used as ointment for skins, mainly to treat some skin problems. For example, eczema, which is a form of skin inflammation. Using yarrow as an ointment can soothe the inflamed skin and for the case of opened wounds, can also quicken the recovery of the tissues by killing off the bacteria or other microbes that might cause infections.

Yarrow for the Digestion

Being bitter, pungent and aromatic means that yarrow is particularly useful for stimulating the digestion and getting the bile and pancreatic juices flowing. Because of its affinity to the circulation as well it can help move congested blood in the portal vein which, in turn, helps the liver. Matthew Wood talks about using it for colitis and diverticulitis because of its ability to tone and heal the mucus membranes of the digestive tract. It was also an old traditional remedy for bloody diarrhoea and dysentery.

Yarrow for the Reproductive and Urinary Systems

Maria Treben considers yarrow “first and foremost… a herb for women” and quotes Abbe Kneipp in saying “women could be spared many troubles if they just took yarrow tea from time to time.” It is such a wonderful herb for the reproductive systems because it can both staunch heavy bleeding and stimulate scanty bleeding. It is also wonderful when there is congestion resulting in dark clotted blood and period pains.

It is useful for vaginal infections or irregular discharge as well as spotting between periods. Yarrow is a good urinary anti-septic and, when drunk as a warm or cool (rather than hot) infusion, the diuretic properties are emphasised making it a useful remedy for cystitis and urinary tract infections. It has also been praised for helping cases of urinary incontinence. Culpepper informs us that it “helps such as cannot hold their water.

Surprisingly, yarrow has also been used in traditional herbal medicine to actually encourage bleeding in certain health conditions. One of these health issues is amenorrhea, which is an abnormal absence of menstruation. Yarrow, rue, motherwort and partridge berry are herbal emmenagogues. As an emmenagogue, yarrow can help to stimulate blood flow in the pelvic area as well as the uterus and encourage menstruation. Unfortunately, this usage has not yet been confirmed by clinical research, though it’s been used this way for centuries.

A 2013 study published in Phytotherapy Research evaluated Achilles millefolium‘s hypotensive, vasodilatory and bronchodilatory activities. In other words, its ability to lower high blood pressure, relax blood vessels and improve breathing. Yarrow’s effects on the study’s animal subjects backed up the medicinal use in hyperactive cardiovascular and airway disorders like high blood pressure and asthma.

With all the properties, yarrow is indeed a gift from nature that makes life just simple and sorted 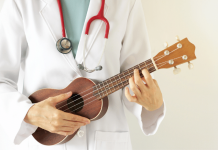 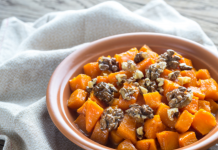 Eating Radish During Pregnancy : Benefits and Risk Every Pregnant Woman...