Vaginal pain is a common problem in women during pregnancy. If it is frequent it is a matter to worry and indicates something serious. In most cases, it is not any sign of any serious complication. It can be due to several reasons as the body adapts to the new changes.

A Guide for Vaginal Pain During Pregnancy 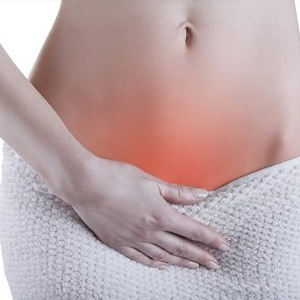 Causes of Vaginal Pain During Pregnancy

The following causes pain in the vaginal region –

Remedies for Vaginal Pain During Pregnancy

Vaginal pain may subside with some simple measures like –

Avoid jerky movements and sudden twists at the waist. Do not take pain relief medications without a prescription by a doctor.

When to See a Doctor

Go for a prenatal appointment with the doctor to talk about vaginal pain if it is mild. But if the pain is intense and is accompanied by a fever, headache, dizziness, bleeding, painful and frequent urination change in baby movements and swelling of the face, hands, and feet, seek medical help by a doctor. Prompt treatment might help in avoiding any complications.

Types of Vaginal Pain During Pregnancy

Three types of vaginal pain during pregnancy are –

This is a common occurrence in pregnant women with prickling pain also coming under this category. This normally occurs from the 5th to 8th week of pregnancy, due to the stretching of uterine muscles. Another reason for this pain is flatulence that occurs in the expecting mother’s intestines. If the pain starts around the 37th week, it is usually due to the upcoming event of childbirth.

This is a widespread problem among women, not just pregnant women. This is usually caused due to inflammatory processes taking place in the fallopian tubes or the cervix. If the pain subsides quickly after treatment, there is no reason to worry, however, if it keeps increasing contact the doctor.

This is common during pregnancy and is probably the result of the uterus growing in size to accommodate the foetus. However, this can also be a symptom of cystitis in the early stages of pregnancy. If the pain occurs in the later stages of pregnancy, immediately call the doctor – it can de due to placental detachment.

Treatment for Vaginal Pain During Pregnancy

Vaginal pain is sure to occur at some stage in every mother, so it is helpful to know how to alleviate vaginal pain during pregnancy. Pain relief medications can provide temporary respite, so it is better to consult the doctor always for proper treatment.

Vaginal pain during pregnancy is common and not usually be cause for concern and can be a good sign that the body is releasing the right hormones and the uterus is growing as expected. Contact the doctor to avoid any complications.

Under Weight During Pregnancy: Get Back On Track

11 Ways to Deal With Pregnancy Aches and Pains