Many people are fond of keeping pets. Most animals kept as pets are dogs and cats. Being a pet lover requires more than just playing with them. You need to take care of them, play with them as well as clean their litter. All this work become hectic for a woman during pregnancy. Pregnancy is considered to be a joyous event in her life. She needs to take care of herself properly now, her diet should be healthy and she should take complete rest.  Having a cat as a pet near you during pregnancy can be harmful. Let’s find out how? 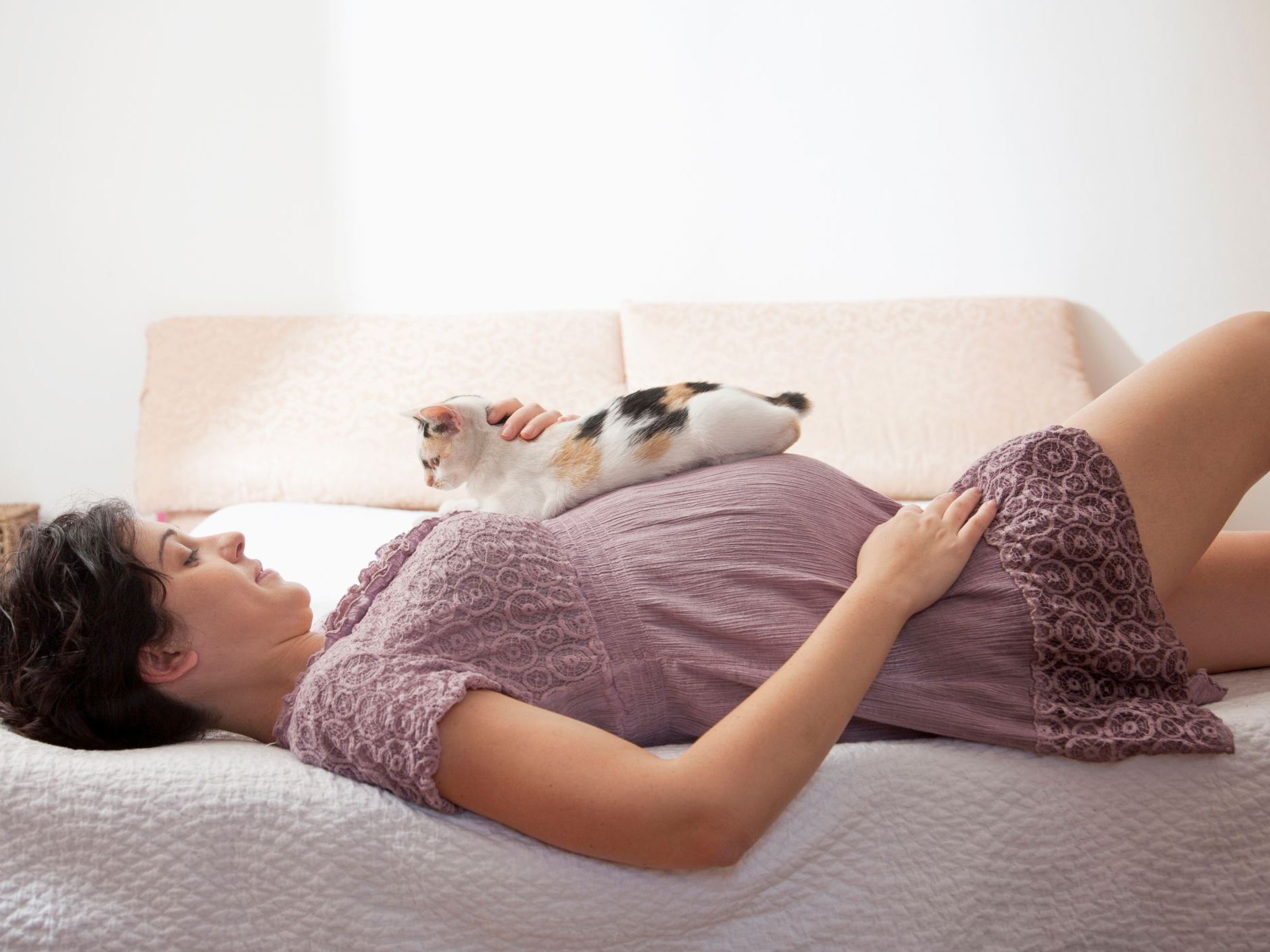 Relationship Between Cat and Woman’s Pregnancy

Cats can carry the parasite, Toxoplasma gondii known to be infested when they hunt mice or birds and then get lodged inside the intestine of the cat. Later this parasite is transmitted through feces of cats. This can lead to contamination of the pregnant woman via cat litter, known as toxoplasmosis.

It is characterized as a parasitic disease that can be contracted throughout a lifetime but may be harmful during pregnancy and thus require monitoring. The exposure of it is possible through contact along with contaminated soil or raw meat. In a normal healthy human, symptoms are not usually but if they appear to be as mild flu-like. But in a pregnant woman, if infected, the pregnancy would be harmed. The infection could be passed on to the unborn baby through the placenta, causing several birth defects and even fetal death.

Precautions to limit the Risk of Infection

The infected cat is known to shed the toxoplasma in their feces for a short period. Therefore, oocyst – an infective stage in the lifecycle of the toxoplasma is known to be shed off. Also if the cat is shedding the parasite, it requires about 48 hours for the oocysts to turn infective. Cleaning the litter box daily prevents the transmission. Proper hygiene is important in the prevention of the infection. Hands are to be washed properly after handling the cat’s litter or it is better to wear gloves while cleaning the cat’s litter box. This will prevent transmission.

Another way to prevent transmission is by keeping the cat indoors as much as possible. Avoiding outgoing of a cat can prevent the chances of a cat being infected with toxoplasma. Moreover, raw meat feeding should be avoided along with the allowance to hunt.

Precautions to avoid exposure to toxoplasmosis by cat litter are as follows :

Such simple precautions can help in preventing pregnant women from toxoplasma.

Toxoplasmosis is a harmful infection during pregnancy. A pregnant woman needs to be aware of it to prevent any harm caused to her baby. A simple blood test can help to diagnose whether the pregnant woman is infected with toxoplasma or not. But if proper precautions are taken one can easily prevent the transmission of the infection.

False Labor and Pregnancy: Are My Contractions Real?

11 Home Remedies for Headache During Pregnancy