Today’s children are born in an increasingly tech savvy world. Now, more than ever, technology, computers and the internet dominate all sectors of society, starting from education to workplaces. Children, as young as two or three year olds can be found navigating the internet or handling their parents’ mobile phones. Thus, it is imperative that they know how to type, and how to type properly. Bad keyboard habits – such as looking down at the keyboard, using one finger to type, etc. – easily develop during the young age and can be very hard to break. Thankfully, there are several fun, easy and free typing games available that can help your child learn to type. 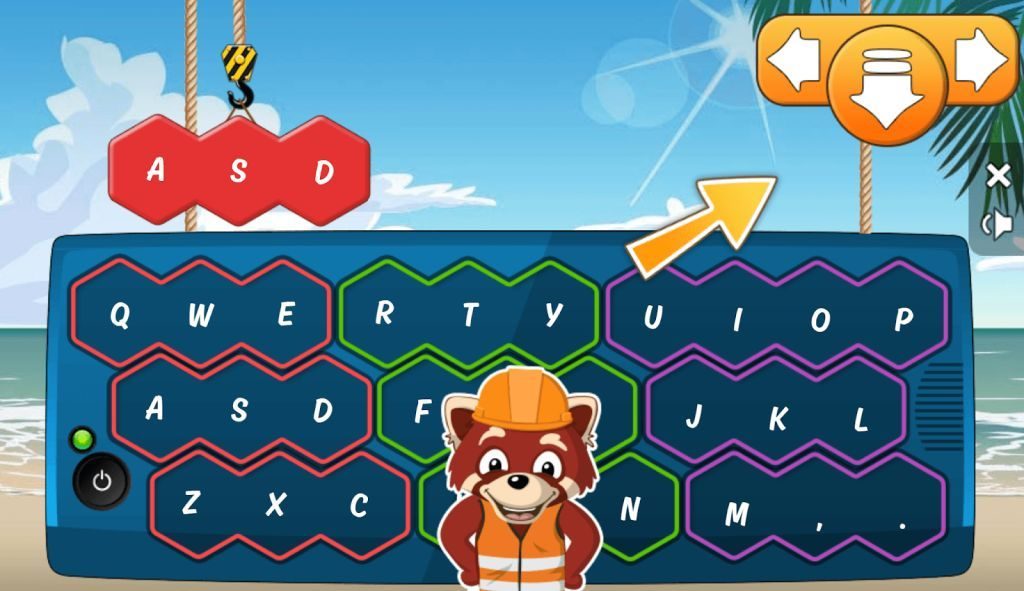 This free, online game offered by BBC UK helps kids learn where the keys are on the keyboard. This game has four levels, each divided into three fun stages. The child starts by learning the home row keys. Level two teaches them the six keys above the home keys. Each stage builds on the previous one, adding more letters. Level three teaches them the six keys below the home keys. Level four will introduce them to five more keys and teach how to make capital letters. At the end of each level, the child can test their typing speed and get a fun reward.

A free game by typing.com, Keyboard Climber 2 is a fun quest to save the money stuck at the bottom of a cave. The kids can help the money escape by recognizing and typing the letters that pop up on screen. If they get it right, the money gets a banana bunch. If their answer is incorrect, the money gets hit by a coconut and the level must be restarted. This game is perfect for younger children as it has no time limit. It helps the children identify a certain letter on the keyboard.

The Typing of the Ghosts

This game is perfect for slightly older children who already know how to type, but want to increase their speed. The objective of this game is to finish typing the text that appears on screen becoming the approaching ghosts take away the lines that you have been given. This game might be slightly scary for the weak hearted children so it is recommended that you try it out first. You can find this free game at mathandreadinghelp.org

A fresh and unique twist on the old, cherished game of Pac-Man; this game allows children to learn typing by moving the Key-Man so he can eat the dots before being caught by the ghosts, but instead of using arrows to move him, his directions are controlled by certain alphabets which keep changing, thus testing and improving the child’s typing skills. This unique and free game is offered by typingmaster.com.

Designed especially for kindergarteners trying to learn the alphabet, Key Seeker is a fun game where the little one must identify the letter on screen by typing it. The catch is that he must do it either with his left or right hand, as specified by the instruction. It is a great game to help your child to quickly recognize where an alphabet is on the key board. This free and fun game can be found on annrymer.com

This game teaches children how to better their typing skills. At the same time, it is also an ecological game which promotes ocean conservation. The player must type the words that appear on screen quickly. He must do so before the trash can reach the bottom of the ocean. This free game by primarygames.com is unique, fun and teaches your child about typing as well as protecting nature.

Typing Rocket Junior by abcya.com is a fun, free game that will have your child brush up on their typing skills while not even realizing. It is a fun keyboarding game for younger kids who are learning how to type. They have to pop the fireworks by typing the letter that appears on them. How many can they pop in 3 minutes? You have to log onto their website to access this game. Bonus? They also have Typing Rocket, a difficult version of this game, for slightly older kids

A game inspired by Atari’s Space Invaders, the objective of the game is to shoot the little aliens before they can reach the blocks which are protecting you and your lunch. The child needs to shoot the aliens by typing the letters that appear above each alien. This game is perfect for younger children who are learning the alphabet. But it is equally helpful for older children who want to increase their typing speed since the game has different difficulty levels.

A free game by typing.com, Type-A-Balloon is a fun game appropriate for all ages, even adults, who are looking to brush up on their typing skills. The aim of the game is to pop the balloon before it escapes into the atmosphere by typing the letter that marked on the balloon.  For each balloon that escapes unpopped, you lose a point. Typing incorrect letters also deducts a point. This game is very helpful in improving anyone’s keyboard skills.

Another free game from typing.com, Typing Ninja is an educational and fun twist on the popular and loved game Fruit Ninja, which children love playing. The concept is the same. The child has to chop the fruits that appear on screen but to do so, they must press the alphabet that appears on screen. They must also take care to avoid slashing the bombs or they lose one of their three lives. This game also has various modes and several difficulty levels.

Inspired by the popular Dance Dance Revolution game, this free game by crazymoneygames is perfect for older children looking to get better at touch typing or typing without looking. In this game, the player must hit the correct letter before it reaches the top row of letters on screen. The child can also select one of ten songs to “dance” to. The game really tests the child’s key recognition skills.