Weaning is the cessation of the breastfeeding relationship. It is the introduction of solid food to the baby as the main source of nutrition. Weaning can either be child led or initiated by the mother. In UK, the terms weaning and feeding are used synonymously to mean infant solid feeding. Complimentary feeding is the provision of any nutrient containing foods or liquids other than breast milk. This includes both solid food as well as instant formula food. WHO uses the term as the complete cessation of breast feeding.

When to Wean your Child?

Child led weaning usually occurs after 18 to 24 months after child birth. A mother may decide to wean her baby earlier than this for certain reasons such as an emotional need to have her body back into shape, work schedules, or due to medications. The American Academy of Paediatrics recommends mothers to breastfeed for at least a year or more if both want to. Weaning is easier when the child starts to consume solids and lose interest in breast milk (around 4 to 6 months). By 12 months they completely get into solid food or even earlier. In 2001[i], the World Health Organization (WHO) issued a global recommendation that mothers should breastfeed for six months only. However infants should be managed individually in accordance to their personal needs.

11 Side Effects of Weaning on the Mother

Weaning can also be cause of fullness of breasts. The breasts become heavy and painful due to the collection of milk. Therefore releasing the milk can reduce the feeling of fullness.

A plugged duct can cause extreme tenderness in the breast. If it remains untreated, it can cause mastitis which is a breast infection that causes severe pain, fever and redness of the breast. They become tender and warm to touch. Mastitis can be treated using warm pads, release of milk and some antibiotics.

Hormonal changes occur in the body when the infant stops sucking or the milk is no longer being released. Prolactin which is responsible for lactation can also create a feeling of calmness and joy for the mother. Due to the reduction in prolactin, the mother may start to feel sad and feel the end of bonding with her child after weaning.

Some problems after stopping breast feeding include headache, nausea, and mood swings. These occur due to the hormonal changes as a result of weaning.

The hormones released during breastfeeding reduce the chances of ovulation. But these change after weaning. The mother once again begins with her periods which means a resume in ovulation.

The oestrogen and progesterone levels in the mother’s body try to re-balance due to which they feel extremely tired.

Reduced oxytocin and bonding may make some mothers feel a slight estrangement from their babies. They must find other ways to bond with their child such as playing, cuddling etc.

Anxiety may surface in many ways for example the mother being snappy, worried, over thinking about little things etc, along with palpitations.

Some mothers may suffer sleepless nights initially after weaning as the baby won’t be crying to feed him.

Dryness, acne, stretch marks etc, are common for mothers after they have stopped breastfeeding.

Effects of Weaning on the Baby

Decide when you want to wean and start preparing yourself. Abrupt weaning will be stressful for both the child and the mother.

Distract the child whenever it wants to breastfeed. This should be done by the mothers to eventually stop weaning.

Refusing the child sometimes is also important to let them know that they have to stop breastfeeding from now on rather than abruptly stopping it one day.

Change your routine. Try to get some other work done during that time. Play with your child. This will help both the mother and the child to start getting adjusted to weaning. [ii]

If the breasts feel full and uncomfortable when you stop nursing your child, do not hesitate to express some milk to relieve the fullness. The less milk you remove, the quicker your body will understand that it does not need to produce more milk. What causes the milk to stay and increase is adequate removal of milk. Therefore it is advised to remove less quantity of milk at a time. Sometimes taking a hot shower also works very well. These are some of the listed effects of weaning on both the mother and the child in detail which may be of sufficient help to would be mothers. 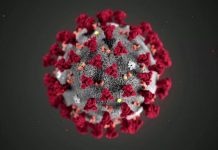