Clothes not fitting properly, one shoulder blade sticking out more that the other, different shoulder blade heights, bilaterally asymmetric, back and hip pains and ribs sticking out while bending are some of the early signs of scoliosis in children.

Scoliosis is an abnormal curvature of the spine in the shape of generally an s’ or ‘c’, and not just poor posture. this is a developmental disorder and usually progresses till the complete growth of the bones of the body. mild scoliosis generally causes little problem whereas moderate scoliosis and severe scoliosis might late cause problems like difficulty in breathing and h 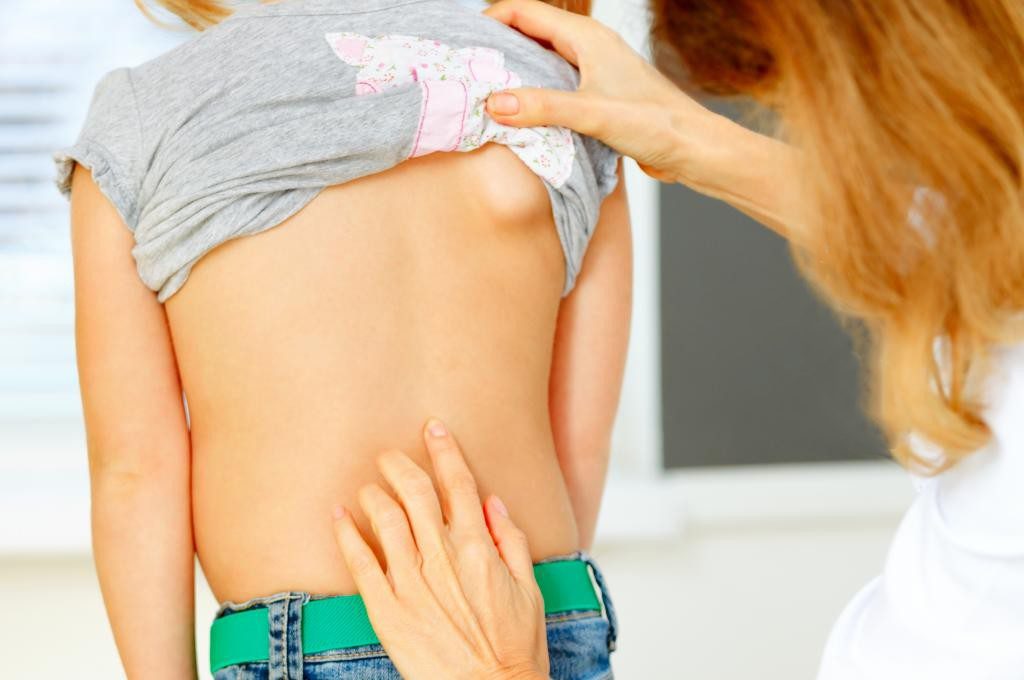 eart problems. difficulty in breathing results from decreased space for the lungs to expand in the chest cavity.

Early signs of Scoliosis in children

Scoliosis can be identified by observing the shoulders, shoulder blades, hips, etc. If scoliosis is identified early and the treatment is henceforth started, there is a good chance for improvement through exercises and observation of the child.

One shoulder blade sticks out more that the other

One shoulder blade sticks out more than the other and there is pain in the shoulder blades. The muscles in this region are trying very hard to control and compensate for the uneven spine which causes strain on these muscles and hence causes pain.

One shoulder blade is seen to be higher than the other.

Back and hip pains

The child would suffer from back pains which will be dull but continuous. The hip pains experienced by the patient are usually due to straining the sacroiliac and the iliolumbar ligament which are an important part of the sacroiliac joint and are liable to cause pain on straining of the tissue.

If the scoliosis is at a very high stage, the patient may have shortness of breath and cardiac problems.

Ribs stick out while bending

Ribs will stick out if you ask the child to do a full forward bend. This is, in fact, a test for early screening test for scoliosis. This involves the patient bending forward till his back comes in the horizontal plane, with his arms hanging down and the knees in extension.
The doctor stands behind the patient and looks along the spine, and checks for the asymmetry of the vertebral column.

Other visible signs may include lower quality of life, decreased physical activity and deceased social functioning due to the deformity.

Causes of Scoliosis in children

The cause of most of the cases of scoliosis, approximately 80% remains unknown. This is called is idiopathic scoliosis. This may be hereditary and there might be no way to prevent the worsening of the curvature or even stop it. If this is infantile, it usually resolves as the child grows. Juvenile scoliosis is between 3 to 10 years and occurs more commonly in boys. Adolescent between 10 to 18 and girls are affected more as compared to boys.

Treatment for Scoliosis in children

The approach to treatment varies according to age, the cause of scoliosis, extent of curvature, tolerance for medications and your opinion or preference is usually taken into consideration during the treatment. Mild scoliosis generally does not cause much inconvenience and can be left under observation whereas moderate and severe cases require bracing or surgery according to the intensity, along with observation.

Top 15 Choking Foods You Must Know About

9 Awesome Benefits of Japanese Knotweed in Your Child’s Diet