Strawberries, spinach, apples, grapes, peaches, cherries, pears, celery, potatoes, sweet bell peppers, kale, lettuce, nectarines and cucumbers are some of the foods that are highest in pesticides and should be avoided .

Doctors, parents and teachers all say the same thing. We should eat more fruits and vegetables. We should consume fresh, organic produce. But the biggest fear that comes with fresh produce is pesticide exposure. In today’s day and age, it is a fact that all the food that we eat, is most likely to be adulterated and contaminated. All kinds of chemical exposure, adulteration and pesticide exposure tends to take away from the rich nutritious value of the healthy fruits and vegetable. In such a scenario, it is extremely important to know what are pesticides and what they can do to our health. It is equally important to know which foods are highest in pesticides, so we can make conscious decisions about our dietary habits.

Pesticides are chemical substances used to destroy insects or other organisms that may harm the growth of the vegetables and plants. They control pests, even weeds. Pesticides are thought to only refer to insecticides, but they actually refer to herbicides, fungicides and various other substances meant to control pests. Pesticides are composed of active ingredients that are directly toxic to the organism that it targets. It is also made up of certain inert substances, which can be hazardous to human health. Most of the time, the farmers are not aware of the health hazards of certain pesticides in food. 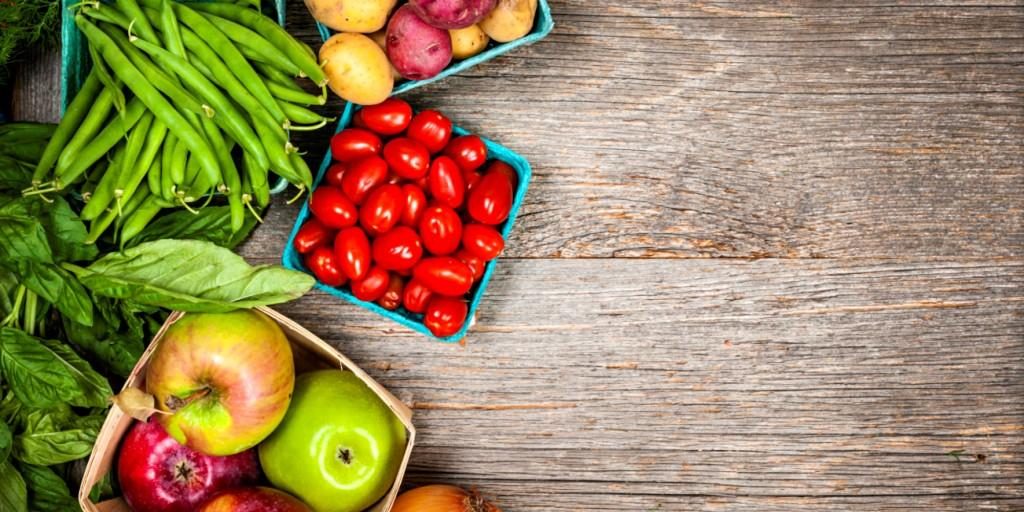 It is very important to know which foods are highest in pesticide exposure. Armed with this information, we can make good choices about the food that we consume, and how we should make smarter decisions about how we buy, cook, and eat certain foods. In 2018, the Environmental Working Group conducted research about pesticide levels in fruits and vegetables. This research was concluded in forming the Dirty Dozen list which is a list of twelve foods which have the highest levels of pesticide contamination. This list, along with some other foods that are not in the list, is mentioned here. Some food high in pesticides are

In 2018, the Environmental Working Group (EWG) found out that one third of all strawberry samples contained ten or more pesticide residues.

97% of spinach samples contained pesticide residues, including permethrin which is a neurotoxic insecticide that is highly harmful to the human body.

There were found to be pesticide residues in over 90% of apple samples. They included a pesticide called diphenylamine, which is banned in most countries due to its toxic nature and the health hazards that it possesses.

96% of grape samples were found to be ridden with toxic pesticides.

More than 99% of the samples tested of peaches by the EWG was found to be contaminated by hazardous pesticides.

There was an average of at least five pesticide residues in the cherry samples, including a toxic pesticide by the name of iprodione, which is banned in most of Europe and other places.

Over 50% of the pear samples tested by the EWG contained five or more pesticide residues.

This vegetable, regarded as a superfood today, is now more popular than ever. The samples of kale that were tested were found to contain more than 10 types of pesticide residues.

Research by EWG found that lettuce is one of the most likely vegetables to retain pesticide residue even after being thoroughly washed.

All the samples for nectarines tested positive for pesticides, with 91% of the samples containing more than two types of pesticides.

One sample of spinach was found to have 66 different types of pesticide residues!

In a survey of 42 common vegetables by the EWG, cucumbers were ranked 12th in the “most contaminated food”. The wax used to make the make the skin of the cucumber shiny also contains toxic chemicals.

The list is long, and on first glance, it may seem like we cannot eat anything without harming ourselves. The EWG, thus, also released a Clean list- a list of foods that are lowest in levels of pesticide residue and contamination.

What are the health hazards of pesticides?

Pesticides in food can be acutely toxic. High levels of pesticide exposure can cause health deterioration in less than 48 hours. The symptoms can include:

The pesticides in food, that remain as residue on the food that we eat, however, is mostly of low levels. This causes long-term or chronic toxicity, in which the effects of consuming toxic substances builds up over time and the symptoms show later in life. Long term toxicity does not show immediate effects but over a period of time, these can cause serious diseases. Some of these diseases include:

Considering the Clean-15 list and the Dirty Dozen list, we can now begin to make smart choices about the food that we consume on a daily basis. Eating fruits and vegetables is very important for good health and overall nutrition but it is equally important to make sure that the produce that we buy is contamination-free and will truly nourish our bodies. To make ourselves aware is the first step towards this.

11 Natural Ways to Protect your Child from Mosquito Bites

5 Must Have Children Travel Medicines