Ginkgo biloba, or maidenhair is a tree native to China that has been grown for thousands of years for a variety of uses. As it’s the only surviving member of an ancient order of plants and is sometimes referred to as a living fossil. While its leaves and seeds are often used in traditional Chinese medicine, modern research primarily focuses on ginkgo extract which is made from the leaves. Ginkgo supplements are associated with several health claims and uses most of which focus on brain function and blood circulation.

Read More: 7 Must Know Tea That Lower Fertility in Women

A Guide for Ginkgo Biloba During Pregnancy and Breastfeeding

Is ginkgo biloba safe during pregnancy?

Although women of reproductive age use ginkgo for a variety of indications, there is disagreement among scientists, clinicians, herbalists, and consumers with regards to the effectiveness and safety of ginkgo. Furthermore, there is debate regarding the safety of ginkgo during pregnancy or breastfeeding.

A case series reported the presence of colchicine in the placental blood of pregnant women having taken ginkgo. The source of colchicine was traced back to the consumption of a commercially available Ginkgo biloba product that contained colchicine. Given that colchicine is not a common constituent of gingko, the observed finding is most likely due to an adulteration of a ginkgo product by an herb containing colchicine. The antiplatelet properties of ginkgo leaf may prolong bleeding during delivery. So, in this case, it is not unsafe to consume ginkgo biloba under the doctor’s supervision. 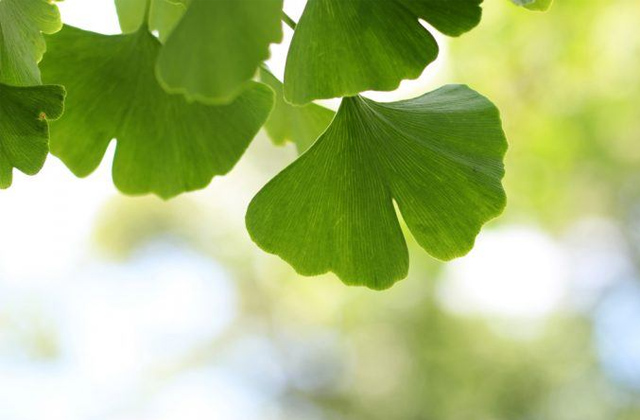 Is ginkgo biloba safe during breastfeeding?

Ginkgo leaf contains flavonoids (e.g., quercetin, kaempferol, isorhamnetine) and several terpene trilactones (e.g., ginkgolides, bilobalide) as well as numerous minor components. Standardization is based on ginkgo flavone glycoside and terpenoid content. Raw ginkgo seeds contain potentially toxic cyanogenic glycosides and should not be used; roasted seeds do not carry this risk. Ginkgo has no specific uses during breastfeeding, but is commonly used as an antioxidant, a vasodilator to increase cerebral and peripheral perfusion, and to improve memory. No data exist on the safety and efficacy of ginkgo in nursing mothers or infants.

In general, it is well tolerated, but occasionally minor symptoms (e.g., headache, nausea, gastrointestinal complaints, allergic skin rashes) occur in those taking the drug. Ginkgo has caused some cases of bleeding in healthy volunteers caused by its antiplatelet activity. Because there is no published experience with ginkgo during breastfeeding, an alternate therapy may be preferred, especially while nursing a newborn or preterm infant. Therefore, women should try to abstain from ginkgo biloba while feeding their newborns, as it might not be safe for both the mother and the baby.

Read More: Conjunctivitis During Pregnancy: 15 Natural Remedies You Must Know About

Other health benefits of ginkgo biloba

However, do not think that just because the safety of this living fossil is questionable during pregnancy and lactation, it is a useless as well as a harmful plant. There are other health benefits of ginkgo biloba as follows:

Used as an antioxidant

Ginkgo biloba extract prevented hydrogen peroxide-induced cellular damage of G6PD (glucose-6-phosphate dehydrogenase) deficient red blood cells in patients subjected to oxidative stress. It increases the activity of catalase and superoxide dismutase in the hippocampus, striatum and substantia nigra of rats. It could reduce injury resulting from having a body temperature greatly above normal. Pretreatment with EGB 761 prevented edema and hemoxygenase production in rat brains following hyperthermic insult. Ginkgo biloba extract as an antioxidant could inhibit or reduce the functional and morphological retina impairments observed after lipoperoxide release in rats. Ginkgo biloba extract could prevent an age-related increase of oxidative stress-induced apoptosis in mice.

The combination of Ginkgo and cordyceps could effectively improve micro-inflammation in patients undergoing maintenance dialysis. Gingko biloba extract ginkgolide A reduces the inflammatory response of human umbilical vein endothelial cells (HUVECs) to high glucose levels (possibly mediated by the action of the STAT3 pathway). It might be a promising candidate for reducing vascular inflammation in diabetic vascular complications. Compounds isolated from Ginkgo biloba stem bark inhibited TNF alpha-induced NF-kB gene production activity significantly in cellular models. It could thus be used for the prevention and treatment of inflammatory and metabolic diseases. Ginkgo biloba (Bilobalide) inhibits inflammatory pain in rats.

Improves blood circulation and is a natural anti-coagulant

Ginkgo biloba effectively reverses the thrombogenic coagulation profile without increasing the risk of bleeding in chronic peritoneal dialysis patients. Ginkgo biloba extract increases the microcirculation significantly in the skin and liver of elderly patients. It could be used as an adjuvant treatment option for patients suffering from impaired microcirculation. It was significantly superior to placebo in treating patients suffering from peripheral arterial insufficiency. Ginkgo biloba along with parenteral therapy decreased the collagen-induced thrombocyte aggregation to normal range in patients suffering from atherosclerotic disorders. It’s extract is effective in the inhibition of platelet aggregation both in platelet-rich blood and whole blood. It could thus be used as a potential oral antiplatelet therapeutic agent.

It is an anti-depressant and reduces anxiety

Therefore, to conclude, all we can say is that it is best to consume ginkgo biloba under the supervision of a doctor, in case you are pregnant or breastfeeding.

The Ultimate Guide to Heart of Palm