Do they Give Enema Before Labor?
What are the Different Types of Enemas Used in Pregnancy?
Will an Enema Trigger Labor?
Can You Avoid Pooping During Labor?
Are Enemas Dangerous During Pregnancy?

All You Need to Know about Enema During Labor

Do they Give Enema Before Labor?

According to scientific research, the evidence does not support the routine use of enemas during the first stage of labor or before labor, as it does not have any beneficial effect in reducing the risk of maternal and neonatal infections. 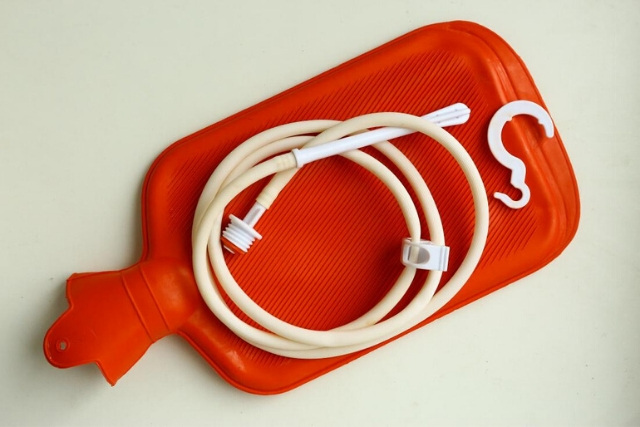 Doctors may recommend enema for those who have constipation before labor. Passing stool is a normal occurrence during labor or delivery. Around 25% of women may experience what is called fecal incontinence or accidental bowel movement when they are in labor. To avoid this and save from embarrassment, some women prefer to get enema during labor. Here are a few reasons why enema could be given during labor –

According to a study, pregnant women using enema had reduced fecal contamination rates compared to those not using an enema. Fetal contamination could cause neonatal infection and perineal wound infection.

However, according to another study found no difference in the fecal contamination rate between the enema and the non-enema groups. The risk of fetal contamination doesn’t hold for all pregnant women and vary among them that is why enema is not necessary for everyone.

Giving enema before the onset of labor could shorten the duration of labor as the back passage becomes empty, creating more space for the baby to move out. But there is no proper proof and evidence.

In case the bowels have not opened for 24 hours, enema could ease out that discomfort before the beginning of labor. If not done so, the bowel movement after the process of delivery could cause discomfort to the women, especially if had an episiotomy.

Also, it is said that enema does not help every case of constipation. For example, women who have an irritable bowel disease or intestinal obstruction are not recommended an enema. Also, the World Health Organization (WHO) does not recommend using an enema to reduce the use of labor augmentation.

There are several claims that make the use of enema before labor seem valid. But these claims lack proper scientific evidence and prove that is why some experts do not recommend enema during pregnancy.

As there is insufficient information available on the side effects after the enema is given, therefore its use is not recommended. Also, a bowel movement is a pretty normal occurence during labor or childbirth and considering enema to escape this part may not be a good idea.

What are the Different Types of Enemas Used in Pregnancy?

Enemas during pregnancy are not particularly safe. However, there are some types of enemas which could be administered to expectant mothers, only if they are prescribed by a doctor.

Will an Enema Trigger Labor?

Enemas are often used not only to induce labor but to clear the lower intestinal tract so a woman won’t have a bowel movement while pushing. They can stimulate the intestines much like castor oil but without the side effects. But the side effects are quite unpleasant, so most medical professionals don’t recommend to use them.

Can You Avoid Pooping During Labor?

Pooping during labor may help babies in developing their microbiome, a bacteria that lives on and in people, which helps with everything from digestion to being able to fight off colds. Newborn babies do not have microbiomes.

Are Enemas Dangerous During Pregnancy?

Pregnancy is a delicate time and certainly not a time of experiment or try something new. Administering an enema to a pregnant woman, especially in the first and third trimesters of pregnancy is not safe. Giving an enema during the first trimester could trigger a miscarriage and administering an enema in the third trimester could lead to premature labor by causing contractions. Therefore, it is best to not give an enema to a pregnant lady. However, if a doctor thinks it is necessary, it can be administered under the guidance of a professional.

Talk to the doctor about the pros and cons of enema before making any decision. If uncomfortable taking an enema before childbirth, the best way to stay clear of constipation and enema during pregnancy is to eat fibrous foods and fruits and drink 8-10 glasses of water a day. This will not only help in improving the bowel movements but also enrich the body with essential nutrients and keep the body hydrated.

Can Pregnancy Affect My Vision?

Cervical Ripening: What Is It And How Is It Done?