The human embryo takes shape inside the mother’s womb. It is the mother who nurtures and protects the infant and helps it grow. However, it is also the mother who unwittingly hands over some dreaded diseases to the child. Some of these are genetic while others may be acquired. Among them some are fatal while others are not. However, neonatal sepsis can be a fatal disease if preventive steps are not taken emergently. Neonatal sepsis occurs in babies younger than 90 days.

The earlier the signs are manifested and treatment started, the better are the chances of survival of the infant. However, it is found that the initial signs of Neonatal Sepsis are often nonspecific. Nevertheless, for the vigilant parents and grannies such nonspecific symptoms of Neonatal Sepsis should well be the cue for medical intervention.

Like with any other disease in babies, the parents might observe diminished spontaneous activity in the infant if it has got neonatal sepsis. It may also have reduced bowel movement or suffer from diarrhoea. However, all these conditions can be related to any other affliction completely unrelated to sepsis.

Sucking will come down and the child will become less active. This is also a very non-specific symptom and can happen with any other problem in an infant.

The child will have a difficulty in breathing. In fact, this should be sufficient cue for parents to take the baby to the hospital. Even if they are not aware of sepsis, they must take note of the abnormality and rush the baby to a doctor. You might also notice that the heart rate of the baby has gone up. This would rather evidently manifest itself as the disease would progress.

Read More: My Son Breathes Through His Mouth. Is it Normal?

One of the more common symptoms of Neonatal Sepsis is instability in temperature. The infant’s body temperature may fluctuate between hypothermia and hyperthermia. However, if high temperature persists for more than one hour then it most possibly indicates infection, the reason for sepsis.

5} Infection of the umbilical stump

In a healthy neonat the umbilical vein that connects the baby to the mother fades away within a week of birth. But, in a baby afflicted with sepsis this vein does not fade away. Rather, it may become infected leading to bleeding or discharge. This is one of the telling signs of Neonatal Sepsis although such infection can happen even without sepsis. It may also be a localised infection.

Read More: Umbilical Hernia in Children: Cause and Symptoms

In infants there is a soft area on the scalp, where the cranial bones are not joined teeth to teeth. This gap narrows down and closes as the baby grows up. If the infant is suffering from sepsis this area may bulge out. The infant may also suffer from seizures.

7} Warmth, erythema or tenderness over joints

Along with reduced spontaneous activity, the child may also have swellings, erythema or tenderness over joints in its extremities. This may be due to osteomyelitis arising out of sepsis.

The infant may also have a bloated abdomen without any apparent gastrointestinal problem. It may also suffer from bloody diarrhoea. Again this is a generalised symptom and does not at all come under the telling symptoms of Neonatal Sepsis.

You may observe ulcers in the infant’s mouth. This can happen if the sepsis is due to herpes simplex virus. Though this does not confirm sepsis, such ulcers create a strong bias towards infections. This is somewhat closer to being one of the specific symptoms of Neonatal Sepsis caused by herpes simplex virus.

Sepsis leads to jaundice and that may be reflected in yellowing of the skin and whites of the eyes. If such symptoms are exhibited the parents must rush the child to a hospital since infant jaundice itself can be a fatal condition if not treated early. It is also one of the signs of Neonatal Sepsis.

If the sepsis is due to Group B streptococcus infection then the baby may have a sudden onset of pneumonia. In fact, this might be one of the closest symptoms of Neonatal Sepsis.

Since the signs of Neonatal Sepsis are mostly non-specific in nature, diagnosis is dependent on blood culture, cerebrospinal fluid culture and urine culture. Since sepsis is caused by microorganism culture of CSF, urine and blood can detect their colonies.

Prevention is better than cure

Physicians are usually able to gauge abnormalities at birth. If they do so or suspect signs of Neonatal Sepsis then samples of blood, urine and Cerebrospinal fluid are taken after birth. This is done to see if there is any colonisation of microorganisms inside the neonats body. Once the presence and type of microorganisms is confirmed antibiotic therapy is started. 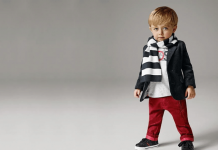 Buying Designer Clothes for Your Babies

7 Fruits to Eat While Breastfeeding 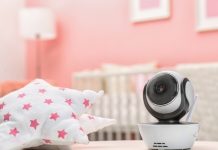 201 Unique and Beautiful Girl Names Starting with B