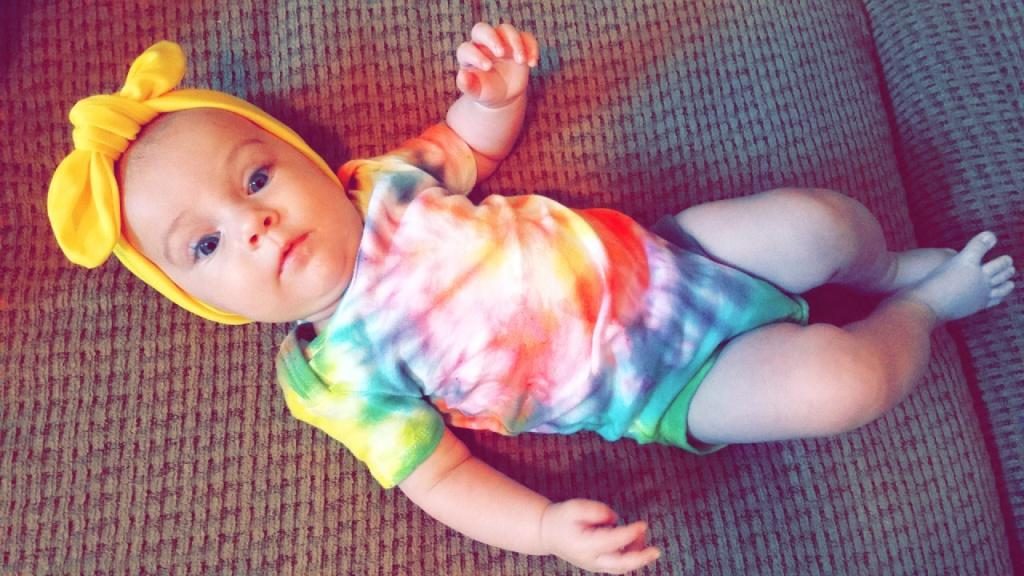 Arlo Guthrie, the shaggy-haired singer, is the famous bearer of this name. This name sounds laid-back even this day.

Dusk is the time between day and night. It would make a great name for your son.

Everyone knows about Bob Marley. With his spiritual music and no-worries attitude, he was one of the most iconic figures of the 1960s. You can go for Bob too, but it doesn’t have the same charm.

You cannot get more free-spirited than it. If the name “Peace” isn’t as appealing, you can go with Pax, which also means ‘peace. Brad Pitt and Angelina Jolie chose this name their son.

The reason why Joaquin Phoenix was called Leaf is because he had hippie parents. His siblings were named Liberty, River, Rain and Summer.

Buzz recalls the second man to walk on the moon. It also refers to the common pastime in the 1960s.

Okeanos is the name of God in Greek mythology. The name Ocean is inspired by it.

Though this name did not appear in the mainstream until the mid-1960s but post that it topped charts.

Skye is a derived from ‘sky’, which gained popularity in 1987. It’s also used as a short form of Skyler and Skylar.

Phoenix is a mythical Egyptian bird with bright gold and red plumage. Myth is that it perishes and takes rebirth from the ashes every 500 years. This bird is also a symbol of immortality in Egypt.

Jackson Browne is the singer and songwriter who organized rock concerts to benefit the anti-nuclear movement. He also wrote songs for The Eagles and the Nitty Gritty Dirty Band.

Jerry Garcia was the founding member of the Grateful Dead. It would make a cool hippie name if you combine it with a nature-inspired middle name or surname.

Jack Kerouac inspired a generation of hitchhikers and people who like going on road trips with his novel “On the Road”. He is also credited with coining the terms ‘Beat Generation’.

Frank Zappa is the musician well known for his anti-establishment. While Frank definitely sounds cool, Zappa, is more hippie-ish. He named his son Dweezil and daughter Moon Unit, the ultimate hippie names.

Dr. Benjamin Spock who taught an entire generation of hippie mothers the importance of attachment parenting, helped the draft evaders and marched in peace rallies.

Rowan is a tree in the Celtic lore with healing, clarity-enhancing, protecting and vision granting properties. It is a Gaelic word for the bright red berries that cover the tree in autumn.

Orion means the Hunter and is the brightest constellation in the night sky. It got its name from Orion, the powerful banished hunter from the sky in the Greek mythology.

Sage is the evergreen plant used for healing and cooking. It is derived from Latin and would go with any surname. Sage means ‘wise’.

Rain is a simple nature-inspired baby name. It is often considered a gender-neutral name, but we think it would suit guys more than girls.

In Buddhist and Hindu cultures, Dharma is the right way of doing things. The television series “Dharma & Greg” boosted the popularity of this name. As Sanskrit is outside the mainstream, your child will be the only Dharma in his class.

Karma, the fundamental principle that states “what goes around comes around” would make a groovy name for your son. This inclusive and peaceful moniker inspired by Buddhism was very popular with the hippies in the 60s.

This moniker is derived from the vocabulary word and means ‘the state of being free.’ It is often associated with the Statue of Liberty in New York. As a name, Liberty has been used intermittently in the past.

In the Hindu tradition, Krishna is the human incarnation of Lord Vishnu. He represents love and joy. Krishna means ‘black’.

Nirvana falls in the same category as Peaceful, Liberty and Heaven. The name is indeed an excellent concept.

Alchemy is one of the most extreme word names. We’d recommend this name only to the mystical-minded parents. If it is for your girl, spell it as Alchamy.

This nature name is derived from the Old English word sumor.

Stella is a bright and beautiful name. The other variations of this lovely name are Stella,  Estrella and Etoile. These forms are just bold and sassy.

Sierra is one of the most used place inspired hippie name for girls. It’s been a fashionable choice since the year 1993 when it entered the top 100 list.

It is a perfect modern-sounding nature name for a baby girl. Sequoia is a giant evergreen tree found abundantly in Northern California. This name would suit a girl who is spirited, freethinking and outdoorsy types.

The name Ziggy nods to the Marley family as well. Ziggy is not the real name of Bob Marley’s son. Marley nicknamed his son Ziggy to refer a particular herb that he favored.

This name brings to the mind the pop duo Sonny and Cher. As a name, Sonny has a love and peaceful feel to it. The livelier spelling variation, Sonny is used for the girls. So there’s no stopping you from bestowing this name on your little son, too.

We love this poetic baby girl name. It also has the option of the nickname Odie.

Raven is a deep, beautiful and confident name that has resurfaced in the recent years, all thanks to the Disney show, “That’s So Raven”. This name is still a popular choice for the parents.

This name has an appealing freshness to it. It is inspired by the evergreen shrub renowned for its clear, sharp, and citrus flavored gin. This plant can grow and adapt to various climates just as we humans do.

This celestial name would make a bold choice for anyone. You can even opt for its alternative Luna.

Freedom, the power to speak, act, and think without any imposed restraints, reminiscences of the hippie times.

Harmony, means ‘understanding, agreement, and unity’ comes from the Greek word ‘Harmonia’, which means ‘a musical sound,’ In the Greek mythology, Harmonia, was the goddess of order and the daughter of Aphrodite.

Autumn is one of the most famous season names for girls. It would suit an October baby perfectly. Jennifer Love Hewitt named her beautiful daughter Autumn James.

A girl named Light is bound to have a carefree attitude and a sparkling personality. A girl with this name can also lead her revolutionary group in the college.

A girl with the name Gypsy is sure to have an eclectic and go-with-the-flow personality. This name signifies someone who wants to take her path through life.

Daisy started as a nickname for Margaret and soon went on to become a given name. It was one of the most popular names from the 1880s to the 20th century.

Willow was used in alternative medicine for thousands of years in ancient times. This name recently gained popularity as a female baby name when Pink and Will Smith gave it to their daughters. And it was loved by hippies too!

Along with Soleil, Sol and Sunny, Dawn is also one of the free-spirited sun inspired names for baby girls. This feminine name reminds the calm moments of the day when the sun rises.

The name of the world’s most expensive spice in the world may sound a bit uptight these days, but in the 60s, it was a favorite with the hippies. And it’s associated with British comedy “Absolutely Fabulous’.

This peaceful baby name evokes the tranquility of the spirit and the calmness of mind. It’s still a sought after name by the bohemian-loving parents. You can even go with Serene if you want.

If you can have Clove, Saffron and Coco, then why not Cayenne. Cayenne is a fun and spunky name that even Porche named one of its SUVs after the spice.

This non-conformist nature name makes it impossible to think anything negative. It can only bring soft green fields and calm river in mind.

If it were not for the Woodstock headliner and psychedelic rock icon Janis Joplin, this name would have sounded a bit uptight.

Ambrosia is the female version of the name Ambrose and means ‘food of the god.’ It featured in the Roman and Greek mythology. It would be a great pick if you want your daughter’s name to be over the top.

Crystal comes from ‘krystallos’, the colorless glass that is cut into the shape of a gemstone.

A Guide to Fig for Babies

Best Music for Your Baby: Beyond the Mozart Effect