For thousands of years, turmeric has been used not only as a spice but also as a medicinal herb. A number of studies have also proved how beneficial it is for our body and brain. Turmeric consists of a compound called curcumin that helps to reduce the inflammation and alleviates the pain, as per a research. However, it is to be noted that most of the tests related to the pain-relieving effects of turmeric have mainly focused on osteoarthritis and rheumatoid arthritis treatment.

Thus, if we shift our focus on to turmeric’s effectiveness in soothing non-arthritis forms of pain, there is not really much evidence. So, here we will look at some of the benefits of turmeric as a pain relief.

5 Benefits of Turmeric as Pain Relief 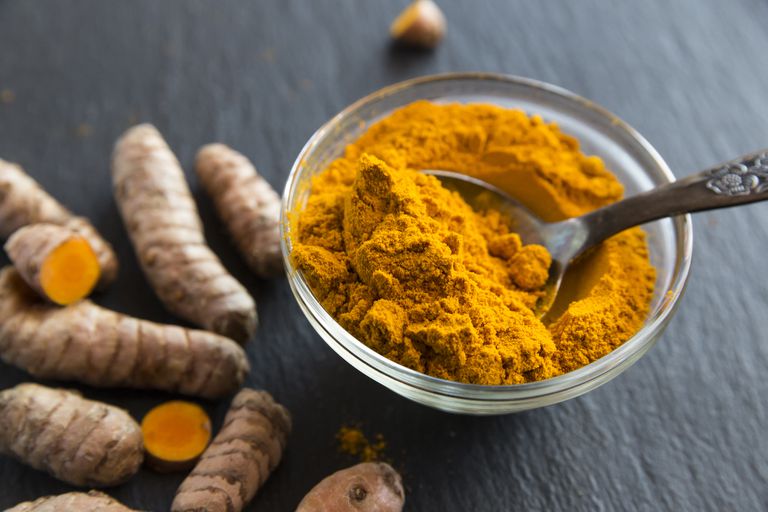 As per a study in Complementary Therapies in Medicine in 2015, curcumin can help to relieve the symptoms of premenstrual syndrome such as backache, breast tenderness, abdominal pain and headache. For the study, two groups were formed out of 70 women with PMS. While one group was given two capsules of curcumin regularly for seven days before and three days after menstruation, the other group received a placebo for the same time period. And at the end of the study, a greater reduction was noticed in the PMS symptoms of women who were given the turmeric compound.

This condition is basically caused due to the inflammation or irritation of a tendon. As per the study in the Journal of Biological Chemistry in 2011, curcumin’s effects on human tendon cells were examined by the researchers, for which the results showed a positive result. This means that curcumin helps to relieve the pain by preventing the activation of certain inflammatory molecules.

According to the scientists, pain with post-surgical removal of impacted third molars can be relieved with the help of curcumin, as per a study in the Journal of Oral Rehabilitation in 2018. Among 90 participants, some were given either curcumin or mefenamic acid after the surgery. On comparing the two, it was observed that people who were given curcumin felt comparatively lesser pain than those who were treated with mefenamic acid.

Apart from the benefits, there are also a number of misconceptions about turmeric. So here, we will discuss some of these myths in detail and also find out if they are true or not.

It can stain your teeth

While some believe that turmeric can permanently stain your teeth, I wouldn’t really agree to this. Well, I also do not mean that it’s okay to spill it on white clothes but all I am saying is, that the tallow pigments do not stain your teeth permanently. About millions of people eat or drink the same on a regular basis and it is also one of the most commonly consumed spices in the world.

We can say that this is somewhat true. But we also have a solution to this. You can add pepper so as to support the body’s ability to absorb curcumin. Pepper consists of a natural constituent called piperine which makes it easier for our body to absorb it.

Is it safe to use turmeric?

Use of turmeric is generally considered to be safe. However, it is still believed that when used in high amounts, it may lead to gastrointestinal problems including nausea, diarrhea and dizziness. In addition to this, it may as well trigger gallbladder problems, slow blood clotting and lead to low levels of blood sugar in ones suffering with diabetes.

Including turmeric in your diet can have a positive impact on your health but still more research is needed if turmeric can be recommended for all sorts of pain relief. You can try to add curry powder to stir-fries, soups and vegetable dishes or consume in the form of tea, if you do not wish to have it in the dietary supplements.

Who should avoid it?

In case you are suffering from some certain condition, it is advisable that you should avoid taking it. Some of these conditions are:

There is not enough research to prove if turmeric supplements are safe for a pregnant or breastfeeding woman and her baby or not. More research is needed in this aspect.

Turmeric is high in oxalate which can further bind with calcium and lead to the formation of kidney stones.

There are higher chances of blood sugar levels dropping too low.

Turmeric may cause the gallbladder to contract, which can further worsen the symptoms.

Turmeric can affect the ability of the blood to clot, which can further worsen the condition.

In case you are suffering from any chronic disease, it is imperative for you to consult your doctor before you decide to take any turmeric supplement. As far as we look at the benefits, it does prove to be beneficial if consumed in moderate amounts. However, more research is still needed to prove its effectiveness.

Health Benefits of Apple for Babies