Bacterial infections in the body are of various kinds. Among the many kinds, Toxic Shock Syndrome (TSS) is a rare bacterial infection, which is actually pretty complicated. The disease is caused by the staphylococcus aureus (staph) bacteria. Toxins are released by the bacteria into the bloodstream of an individual, which causes symptoms of shock in the person. The toxins are quite strong and have the capability of damaging body tissues and various essential organs. Also, if the ailment is left untreated, it can prove to be fatal for the patient. Therefore as soon as symptoms of TSS are seen, it is recommended to get in touch with a doctor and start treatment immediately.

Toxic Shock Syndrome has been mainly and primarily been associated with use of tampons, which are superabsorbent. However, there are lots of questions raised by medical professionals if tampons are the main cause of TSS. This is because even men and children suffer from this ailment along with post-menopausal women. Again, many manufacturers have taken off various kinds of tampons from the market, which were being suspected to cause Toxic Shock Syndrome. Interestingly with this step, the incidence of TSS in menstruating women has gone down significantly. Surgery and skin wounds can add to the risk factors associated with the ailment.

What are the most prominent signs and symptoms associated with Toxic Shock Syndrome?

There are very prominent signs and symptoms, which are closely associated to Toxic Shock Syndrome. Some of them include:

There are other medical conditions too with such similar symptoms like flue etc. however, when these symptoms occur after a skin injury, after surgery or after using tampons, it is recommended to get in contact with the doctor immediately. 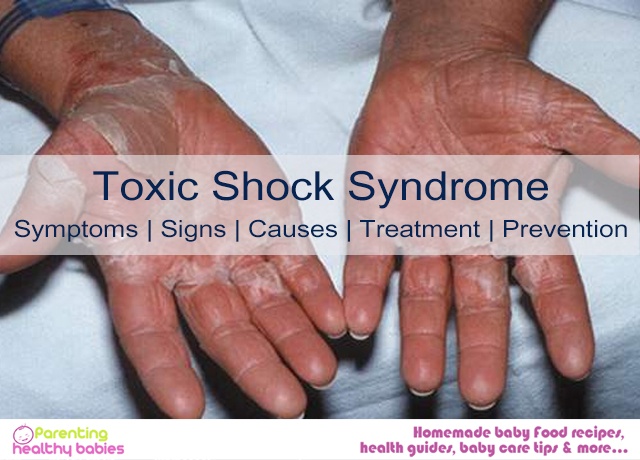 What is the main cause of Toxic Shock Syndrome?

As mentioned previously, Toxic Shock Syndrome is a bacterial infection caused by staphylococcus aureus (staph) bacteria. The infection mainly takes place when the bacteria makes an entrance into the body through any kind of opening present on the skin. The opening on the skin can be in the form of a sore, cut or wound.

Though many people believe that tampons cause this ailment, there is no full proof in support of the same. As per experts, the only reason why tampons can be responsible for the ailment is when the tampon is left for a long period of time. This has high chances of attracting bacteria and causes bacterial infections. There are possibilities that the fibers of the tampon lead to scratching of the vagina and the skin there becomes compromised. This creates an opening for bacteria for entering the bloodstream.

Anyone can be affected with Toxic Shock Syndrome. Almost 50% of cases of this ailment affect women in their menstruating age. Rest people who suffer from the disease can be men, older women and even children. There is no specific age in which this disease can attack – it can happen in any age group.

TSS has been closely associated with:

Toxic Shock Syndrome is actually a severe medical emergency. When not treated at the right time, it might cause death as well. Sometimes the condition is so severe that the patient has to be shifted to intensive care unit and kept there for observation for quite long. Intravenous (IV) antibiotics are charged for fighting the bacterial infections in the body. Other kinds of medications are also provided to the patient as per his/her need and clinical condition. Some other treatments which might be needed include:

With prompt treatment of the ailment, major organ failure can be averted.

When Should I Give a Tetanus Shots to My Child?