Most countries consider early pregnancy, especially teenage pregnancy a negative phenomenon owing to its social, mental and physical complications. Today in the modern society, early and teenage pregnancy is becoming an alarmingly common situation. Though pregnancy turns a woman into the joyful phase of becoming a mother, it can also have devastating side effects on her life.

Side Effects of Early Pregnancy

A teenage girl may or may not want the baby so early. This will put her under great emotional turmoil that is neither good for the mother or the developing baby. Emotional crisis can also trigger abortion and suicidal attempts. 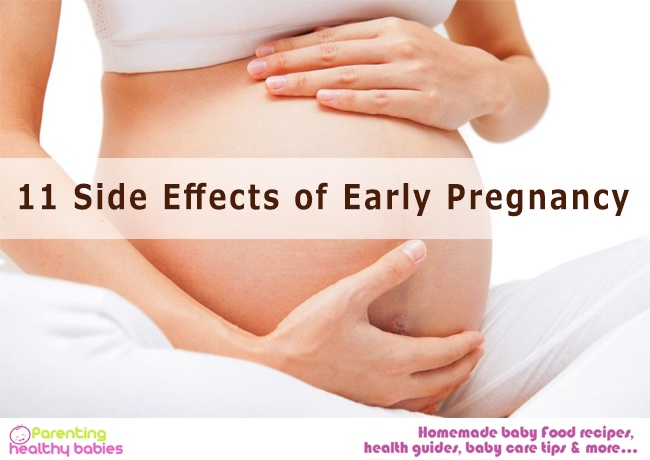 For those societies that consider teenage pregnancy a social stigma, a very young pregnant woman is bound to face harsh consequences leading to her bad reputation in the society. Parents and other family members abandon such women and the society outcast them.

Pregnancy becomes the immediate focus for any woman. Young women pursuing their education may be forced to delay or postpone their education after becoming pregnant. As a result their education is put on hold making them graduate late and devoid of career opportunities.

A teenage girl has her whole life ahead of her. Pregnancy would be the last thing on her mind. An unplanned pregnancy in a teenage girl can cause severe anxiety and uncertainties about her future. The lack of knowledge to handle the pregnancy and her own dreams for the future can cause a lot of uncertainty in her life.

If the pregnant teenage woman does not want the baby, it is very unlikely that she will bond with the baby post birth. She will tend to neglect the baby’s emotional and physical needs. This can cause serious emotional trauma in both the new mom and the baby.

It is indeed very expensive to raise a baby. In addition, cost for pre-natal care and delivery also needs to be taken care. Young women who are all by themselves and not employed struggle to live through even the basic expenses involved in pregnancy and baby.

Most teens are addicted to smoking, drugs, and alcohol in college days. They are just not prepared to let go of these addictions and handle additional responsibilities. However, in pregnancy, the woman is compelled to give up smoking, drugs, and alcohol. A teen may not have the maturity or determination to give up on these bad habits. This can put both the pregnant mother and developing baby under grave danger.

Most families do not support early teen pregnancy. Hence, the woman is all alone by herself. Nevertheless she has to face the complete brunt of going through pregnancy and looking after the baby all by her own. She is pushed into working harder than other to giver herself and her baby the basic needs.

Pregnancy and motherhood is a beautiful phase to be enjoyed each day. However, due to the adding social, physical, and emotional stress, the young mother is far from being happy. She spends each day struggling to battle with herself, her child, and the rest of her world.

Getting pregnant when you want to is the only key to true happiness. A pregnant woman needs the support of her husband, family, and friends. Going through pregnancy all alone can be worse than a nightmare. A young pregnant teen has to face more sorrow than happiness. Today, women are educated to be more aware about early pregnancy and their negative side effects, so that they can avoid going in the same line. So all the young teens out there, get pregnant when you are really prepared for it.

Read More: Is It Safe To Do Bikram Yoga During Pregnancy?

5 Weeks Pregnant Cramping and Backache: Should You be Worried?