Are you pregnant? Do you have the urge to smoke a joint of weed? Is it safe? Pregnancy is a phase in a woman’s life wherein she should take a lot of care for her and her unborn child. Read on to know if it is safe to smoke weed.

Smoking Weed while Pregnant – How would it Impact the Baby? 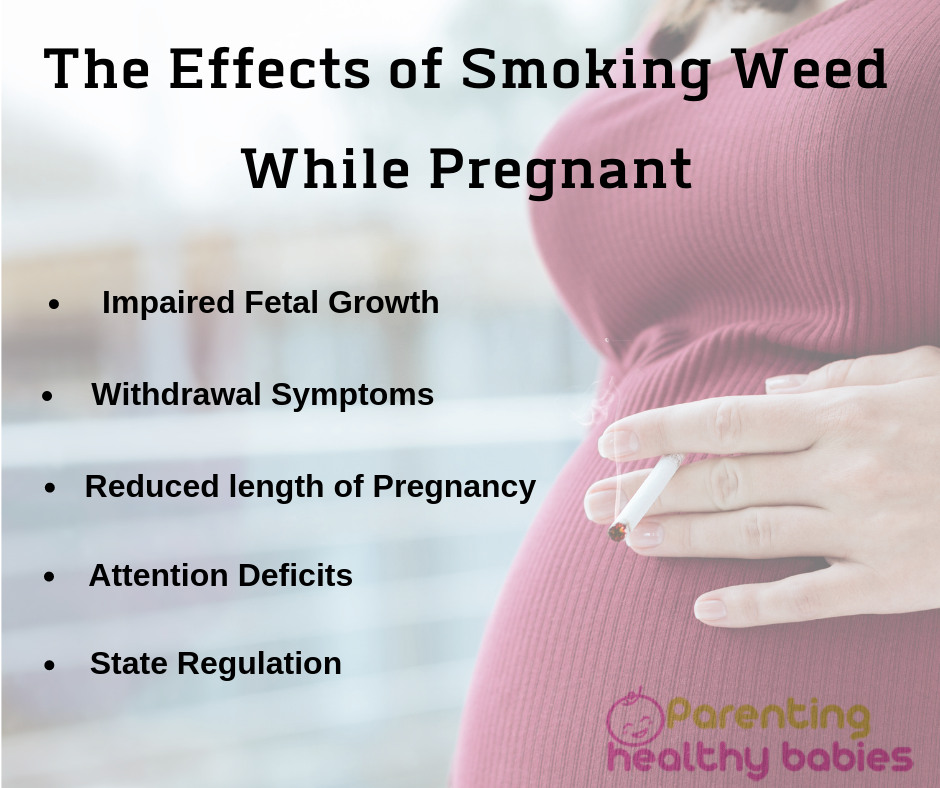 Weed or Marijuana doesn’t have nearly the same stigma as it did a few years back. Many states have legalized the substance, and are more likely to follow suit. Consequently, usage of marijuana is rising among the general population, even among pregnant women. Many women wonder if smoking weed or marijuana is safe during pregnancy.

Although estimates are tricky, a good percentage of women report to use weed during pregnancy, which is undoubtedly higher than what it used to be in the past. However, just because the use of marijuana is more socially as well as legally acceptable doesn’t imply that it is safe for the unborn baby.

Effects of Smoking Weed during Pregnancy on Fetus

Smoking marijuana (weed) is definitely not recommended during pregnancy. However, some women have started to consider weed a support system to help make their pregnancy easier. For most pregnant women, avoiding alcohol and drugs during pregnancy is the obvious choice. However, as per experts, there are no clear evidences to support serious health evidences on the baby’s health.

Women need to be extremely careful about their lifestyle during pregnancy as the fetus gets all its nourishment from the mother’s blood. Most pregnant women reduce intake of caffeinated drinks, and try to stay away from consuming alcohol and smoking cigarettes. However, it is common for some women to smoke weed during the first trimester of their pregnancy and quit it as they proceed to the third trimester. However, as suggested by studies, smoking is as harmful as it is in the third trimester. Since the vital organs of the baby develop during the initial stages of pregnancy, smoking at such a crucial stage can be risky.

Weed contains a harmful ingredient called Tetra-hydro-cannabinol (THC) which can enter the placenta and lead to some undesirable effects on the fetus’ nervous system. These effects are directly inter-related. The insufficient blood supply and oxygen is believed to be a cause for low birth weight in babies. This can put you at a risk of having a preterm labor. Further, a low birth weight or smaller gestational age can make the baby susceptible to different infections along with feeding problems, severe jaundice, and respiratory troubles. Adding further, these infants are also at a higher risk of death due to Sudden Infant Death Syndrome.

Adding more to the facts, children of mothers who smoked weed during pregnancy are considered to be more prone to have behavioral problems than children whose mothers didn’t smoke. Moreover, these children are also at a higher risk of developing health issues like attention deficit hyperactivity (ADHD), autism, short term memory, and poor judgment. Even though this theory is not supported by any clinical evidence, a correlation between these problems and smoking has been proven through years of studies by experts.

Some other health impacts of smoking weed during pregnancy include:

Use of weed during pregnancy can impair the baby’s growth. Babies who are smaller than normal at the time of birth are more susceptible to diseases and death as compared to those born with regular/normal birth weight. Babies exposed to weed when in womb may not have the organs developed fully along with other health issues because of the drug.

Babies who have been exposed to weed in the womb experience difficulty paying attention later in childhood. This might continue to turn into ADHD (Attention Deficit Hyperactivity Disorder).

Smoking weed during pregnancy can lead to premature delivery. Thus putting the child at risk of birth defects and opportunistic infections due to the less developed immune system.

Babies exposed weed before birth are believed to suffer from sensitivity to stimulation and poor sleep patterns. This implies that the baby finds it hard to sleep and relax to a level that he/she might get awakened with the slightest sound when sleeping. This is known as “state regulation”. The baby manages to adjust to the environment without any hardship when he/she is not exposed to weed before pregnancy.

11 Must Have Herbs That Increase Breast Milk

Am I Pregnant or I Just Missed My Periods?