Bomber, Bounce Eye, Bull’s eye, Croquet and Die Shot are some of the fun marble games you don’t want your kids to miss.

Do you still prefer outdoor games? Or you are fonder of the Smart-Phone or tablet or any other technology games? However, the choice is yours but the outdoor games is way better than the rest because it helps in the growth and development of the body and it also helps in giving the children a great exposure. All you need is to introduce them to the few outdoor yet incredible games that you played during your childhood and you can add some of the intelligent stuff in order to make them more enjoyable or you can improvise them. 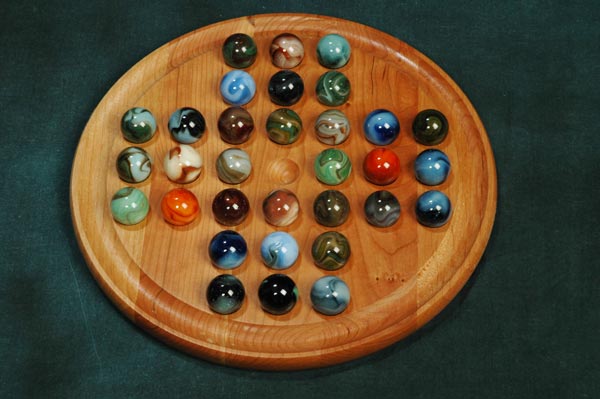 Here are top 5 fun marble games that you eventually don’t want your kids to miss:

In this kind of game there are two players and it usually divided into two parts. In the 1st part, the 1st player initially throws the marble at the designated distance and this usually becomes the target. Then the other player bowls and tosses the marble at it. But if the marble hits the target and initially lands within the hand-span of it. 2nd player keep on targeting the marble. If not then both of the players eventually get their marbles back and then they need to start again.

Then both of the players eventually change the roles after the agreement of both that is based on the number of throws. In 2nd part, the 1st player throws the marble gain and the 2nd player tries to bomb the target initially by dropping the marble on to it that too from the eye level. If by any chance the marble hits the 1st player’s marble then it wins the marble but if it misses then 2nd player keeps it.

This one of the most wonderful marbles game and in this game you need to draw a circle of 30cm or 1ft on the ground. Each and every player put the same number of marbles in the circle that you’ve created. Then you need to stand over the circle and drop the marble from looking down. If you knock out the circle you win the number of marbles as it becomes a part of others in the circle. When there is no marble at the end of the game, the person left with more marbles wins the game.

This game is eventually called as marble run game and in this game you first need to draw four circles and one that is inside of the other. Then the innermost circle should be initially 30cm long and the other shall be 60 cm, 90cm and then 120cm across. In each of those circles you need to eventually write how many points you won if your marble eventually lands in one of the rings. Then the centre circle has to eventually have one of the highest numbers of points.

After that draw a shooting line about 6ft long from the bigger circle. You have to decide that how many rounds will make your game and each of the players eventually stands on the line and this person eventually shoots three marbles. Wherever or whenever the marbles land in the target you eventually earn those points. The winner of the game will be the one who collect more points at the end of the game.

In this game there are around 2-4 players also known as one of the marble race games. You eventually need around nine hoops and also the best thing you can make out of it is that paper cups. All you need to do is cut the base off the each cup and make it in the form of tube. Then similarly cut each and every tube in to half lengthwise in order to make two long arched hoops. Then the number of the cups from 1 to 9 and also place them randomly around the area.

You may eventually need to tape them down and then draw the shooting line that is about 30cm and is also in the front of the first hoop number. Then eventually shoot the marbles through the cups in the form of number 1 and by any chance if you eventually miss then it is the next players turn. You can leave your marbles wherever they eventually are and then shoot them from there when it is your next turn again or when your turn comes. The player initially gets their marbles on all the cups in the order and the person wins.

This is also known as one of the most played marble board games. In this game you just need to maintain a balance on die top of the marbles. So, if you are initially playing on the carpet and any other smoother surface then eventually push the marble into the ground. Players will then eventually take the turns to be the keeper on the one die. Other players will eventually turn the pay the keeper one marble in order to shot at the die from the agreed distance. Then the player initially knocks the die off the marble and wins it. The number that is eventually shown on the die that the face is then shown. The bad news is that if the player eventually misses out then the keeper wins the marble and also the game. So, it totally depends upon you how to play the game.

Therefore, here were some of the handy list of all the outdoor marble games that your children can eventually try out and you yourself can play with them in order to give them a company. It is important for the child to play outside as it will help in the growth and development of the children and also their body structure will be well developed and they will also remain healthy and fit at the same time by initially playing sticks and marbles game.