Childhood is an important time period and indulging your kid in right things can develop him in a right manner. Television is a vital and irremovable part of children’s lives, so why not get the best out of it.

So to help you, we have given some of the best television series that your kid can watch, and they are:

For toddlers below 2 years of age

Masha and the bear: with kindness and comedy in its heart, the show follows the adventures of a little girl masha and her friend, the bear. The toddlers enjoy this show a lot.

Pocoyo: the pocoyo cgi-animated television series, brings toddlers into the bright and exuberant world of pocoyo, an inquisitive and fun-loving young boy, and his animal friends elly (the elephant), pato (the duck), loula (his pet dog) and sleepy bird.

Mickey mouse clubhouse: each episode of this television series is packed with fun, and humor, encouraging children to learn through laughter.

Wild kratts: your toddler will absolutely adore the wild kratts show. It is a laugh-out-loud comedy adventure, as martin and chris activate their creature power suits to rescue their animal friends!

For preschool kids aged between 2 years and 4 years

School of roars: this show helps children prepare for school life by focusing on the routine, relationships and experiences of a child’s first year, as seen through the eyes of a group of mini monsters.

Canticos: your kid can sing, play, and learn with canticos. This show collects the most beloved nursery rhymes and classic songs from all over the world.

Muppet babies: the show portrays childhood versions of the muppets living together in a nursery under the care of a human woman called nanny. Preschool kids enjoy this show.

Pinkalicious & peterrific: this show is designed especially to encourage preschool-age children to explore the arts and develop their creativity. The series follows pinkalicious and her brother peter as they imagine how the world looks through her artful eye.

The stinky & dirty valentine’s day show: this show aims to give sender a singing valentine. The only problem is, they have to find the sender first! Stinky and dirty help the grounded chopper by showing his valentine’s day banner so that all the residents of go city can see it!

Sesame street: the show’s mission is to use the educational power of media to help children everywhere reach their highest potential and let them focus on topics that help young children to develop critical skills for lifelong learning.

Sid the science kid: the main character in the show is sid, an “inquisitive youngster” who uses comedy to tackle questions that kids have about basic scientific principles and why things work the way they do.

Daniel tiger’s neighborhood: this animated preschool series features daniel, a shy but brave 4-year-old tiger who lives in the neighborhood of make-believe, who has fun while learning the key skills necessary for school and life.

Word girl: main goal of this television series is to make kids’ television smart and funny. Your little baby girl is going to love this show.

For kids aged between 4 years and 7 years

The big fun crafty show: this show is for kids and it features a fresh mix of animated content and a wall of wonder. It expands the creativity in kids and gives them a way to explore it.

The who was? Show: the who was? Show is a sketch comedy and history program on netflix, in which andy daly’s character, ron, interacts with a group of teenagers. The show is based on the who was..? Series of books.

Barbie dreamhouse adventures: when a girl plays with barbie she imagines everything she can become. This is a must watch show for your girl.

A little help with carol burnett: this show is an american web television series hosted by carol burnett who leads a panel of children that offer unscripted advice to celebrities and average people about everyday issues in front of a live audience.

The new legends of monkey: this series follows a young monk, escorted by a group of gods, on a journey across an ancient and fantastical land now ruled by evil demons to collect lost scrolls of wisdom

Spy kids: mission critical: this show is creative, animated, and a must watch.

Life hacks for kids: on the road: this is one of the best shows to bring the out the imagination and inventiveness in your kid.

Reboot: the guardian code: the show is a cool mix of live action and awesome animation about the adventures of four teenagers who become the next-generation guardians of cyberspace with the help of an artificially intelligent bio-constructed teenage girl.

Pablo: the series deals with the adventures of pablo, a six year old boy with autism, and his imaginary anthropomorphized animal friends.

Craig of the creek: the show follows a young boy in the fictional suburban town of herkleston, maryland named craig williams, his two friends kelsey and john paul “j.p.”, and their many adventures in the titular creek.

For kids aged between 7 years and 10 years

Dodo heroes: this show will make your children fall in love with animals, be entertained while they’re doing it, and feel empowered to help animals in need.

The adventures of rocky and bullwinkle: the series shows the animated antics of flying squirrel rocket j. Squirrel, and his dim companion, bullwinkle j. Moose and along the way, there are two spies who always complicate things for them.

Little women: the story revolves around the four march sisters, meg, jo, beth and amy who are growing up during the american civil war in concord, massachusetts while their father, a pastor, is off at battle.

Kid stew: this show is a new fast-paced, irreverent series that’s about kids and for kids, encouraging their interest in art, music, and reading, and is filled with plenty of laughs.

Bear grylls: face the wild: it follows adventurer bear grylls as he leads a select few of his fans out into the wilderness as they share personal stories from their lives.

One strange rock: the series tells the story of how life survives and thrives on planet earth, as told by eight astronauts from their unique perspective of being away from earth.

The secret life of kids: it is a comedic social experiment where one can watch kids approach on topics such as love, hate, relationships and lying, all caught on hidden cameras. 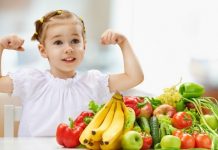