There can be nothing better to get your child in the habit of reading books. And when it is about books, Indian authors and Indian books are one the best options that can be considered for your child. I know you or your little one may at first find it quite hard to get in the habit of reading but all of the listed books below are so interesting and life related that your child would want even more of it. However, given below are 11 best books for kids by Indian authors.

11 Indian Authors that Your Kids Must Read 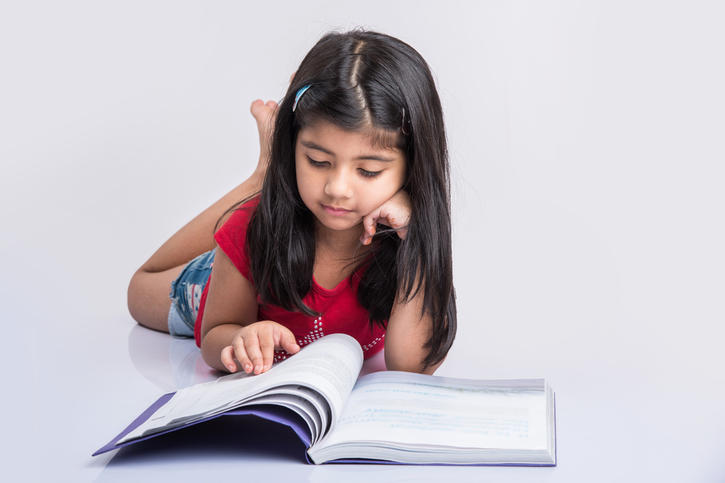 Though badly-behaved canine, Rousseau has a superpower. His paw, smart barks and thumps of the tail gets everything done right every time. Anya and kavya who are the owners of the dog (Rousseau) have the responsibility to save the world with the help of their time telling superdog.

Hot Chocolate Is Thicker Than Blood – By Rupa Gulab

The story is basically about two sisters Anu and Diya. While on one side, Anu who is already under a lot of stress because of the upcoming boards next year, her fear of cockroaches and her chaotic curls, Diya in contrast is 5 years older than her and is perfect with straight glossy hair. One day when Anu thinks if she is adopted, a nasty aunt announces that Diya is not her real sister. The sisters on getting this news negotiate their roads ahead.

The Merry Adventures of Harshabardhan and Gobardhan – By Shubram Chakraborty, Translated by Arunava Sinha

It starts when the author was followed by a fan and was presented by with tablets to cure headaches. On being protested by the visitor that he was not suffering from a headache, he was assured by Chakraborty that he will soon. With the progression of the story, you will find the two eccentric Assamese brothers in quirky situations. For instance, on their train journey to Mumbai when they wondered why they even bothered when the destination was so much like their very own place.

We learn about Khushwant Singh’s friendship with his grandmother and hers with the sparrows that usually collected outside the home. This is not only for children but a must read for all ages.

Adventures with Hanuman – By Arshia Sattar

Just when Raghu lies in his bed and realises how boring the day has been for him, Hanuman walks off the poster on his wall on a mission to rescue Sita and save Lakshmana from death. He is reminded by Raghu that the mission has already been undertaken and accomplished but it turns out that this is not how it works. With the progression, they fly into the lands of warriors and demons and Raghu is seen playing a navigator. Perhaps, a great way to bring mythology alive for kids.

This fantasy-adventure series of eight books introduces the readers to Taranauts who are special beings have been made aware of their powers by Emperaza’s trusted advisor. Similarly, Zvala can burn anything to cinders, Zarpa can twist her body into any shape and Tufan can create stormy hurricanes. Together all of them solve 32 riddles to save their Tarasuns from super villain.

Bookasura, The Adventures of Bala and The Book Eating Monster – By Arundhati Venkatesh

The readers are introduced to some of the problems that are faced by Bala. The first one is his new-born sister who chews up all his books and the second one is during his visit to grandparent’s home when his mind is threatened by a book eating monster. Read the book to find the further story.

Going back to school is no longer an option to Rosie Singh who has had a wardrobe malfunction twice and that too in front of her classmates and her sister. The book introduces the readers to her best friend who along with Rosie explore the advantages of home schooling, her mother whose career is held on pause because of her husband, her grandfather who only remembers the pet names of his children and his father who is in the army.

Our Nana Was A Nutcase – By Ranjit Lal

An ex-Army surgeon grandfather who is accompanied by his partner Shabby Aunty in working in his clinic, brings up his four grandkids because their parents are probably busy in their own careers in saving the world. After some time, as the grandfather starts showing signs of Alzheimer’s, it is now the kids’ responsibility to take care of him. Thus, a heart warming story about truths, love and heartbreak about family bonding which is surely a must read for all.

The Mystery of The Secret Hair Oil Formula – By Asha Nehemiah

Malu Paati was left a secret formula for Wonder go Supersonic Hair Tonic by her father which is then schemed to be stolen by the scientists. As and when the family gets into the well laid trap, they are only left with some homegrown weapons and their formula that can help to save them.

Too Many Bananas    – By Rohini Nilekani

A simple story of Sringeri Srinivas who grows so many bananas in his fields that he distributes them all generously to the people around. Finally, a day comes when people get rid of it all and do not will to purchase even a single of it. So, what would Sringeri Srinivas do with those hundreds of bananas. Read the book to find more.

I hope your next trip to the books store will be a sheer pleasure to you. May be the more your child will read books by Indian authors, he/she will develop his/her own area of interest.