At times we all need something flashy or rather trendy to entertain us. A glow stick then comes forth as a powerful medium of both entertainment as well as well-defined judicious use. A glow stick is a often considered as a secondary light source. Its main advantage is that unlike other flashlights it does not need any power backup. It is a self-efficient powerful medium of light. Glow sticks are often used for multiple purposes throughout the work. Its self-sufficiency makes glow sticks a reliable product in the market. One can use these for a wide range of purposes. Some of them are; 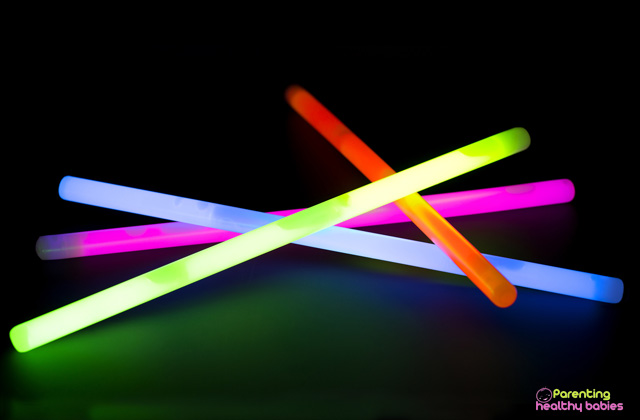 Glow sticks can easily be moulded into various shapes due to their elastic nature. They are used as party decors for birthday parties. For example glow sticks can be taped on the underside of the fan and on turning off the lights and switching the fan act similar to a disco ball.

At times after a tiring day our body demands a relaxing bubble bath but due to paucity of time or accessibility this need is often neglected. To create a peaceful and soulful ambience glow sticks can be directly added to the water tubs as a result of their waterproof nature. Enjoy it with soft music and create a romantic escape for couples.

Glow stick photography is now a very trendy form of photography. People use to for the special effects they give in pictures after a little prior practice. Due to its ultra violet lighting one can use the glow stick to spell their names and click photographs or any other shape that one finds interesting can be captured in the memories as a forever home during adventures and trips.

As a result of the increase in road rage the streets have become an accident prone area and the animals like dogs suffer the brunt of it. Owners are now suggested to use glowing collars that can be moulded out of these sticks for a safe and fun time with our cuddle buddies.

During the holiday season, parents often wish for their kids to do something productive along with fun. Glow sticks is an easy option that can be used to make multiple show pieces like spray painted glowing jar, homemade fairy lights for your gardens and much more.

Inspired by the gaming techniques of the movie divergent where the glowing flag was the treasure, a similar set up for a scavenger or treasure hunt can be easily planned by parents or kids while playing.

Glow sticks come in handy during storms in the city when the power backup fails to serve as a reliable source of light. Glow sticks do not pose any threat of shocks or harm thus they become an undoable product for homes.

Act as a Distinguishing Factor

We regularly park our motorbikes and cycles outside job buildings and leave from work late. It becomes a trouble to search for our vehicles in the dark among many vehicles. Glow sticks are pocket friendly and easy available product that does the job.

While on adventures and attending bonfires people carry glow sticks with them for safety measures as well as for playing games and devising creative ideas. Military officers use these to send signals and pin point locations.

Crack a few glow sticks and give them the shape of a hula hoop joining them with tape. It is a simple hack using these glow sticks best used in the dark during night time adventures.

One can easily make a glowing cooler filled with ice and bottles along with glow sticks. This may seem as an unimportant use yet is very convenient when used during camping trips.

Glow sticks have a high visibility and are used as road signs, warning signals and many more. At night this property is extremely helpful to void road accidents and also assist people searching for locations.

A common game of throwing the ring in the bottle can be made more fun by making the rings out of glow sticks and the bottles containing one glow stick each. This game is truly enjoyed when the lights are turned off.

Glow stick bowling is an interesting form of gaming. All we need is a soccer ball wrapped in glow sticks and normal bottles. Then enjoy the exotic fun of gaming in your own style.

A simple hack for party animals comes out from glow sticks. You only need to rub the filament of these sticks on your shoes and see how it enhances your overall appearance and beauty.

Instead of a night lamp a bottle lantern is easily made and more fun to look at. It is a pocket friendly product especially for kids scared of sleeping in the dark.

Glow stick yoyo’s are a rare but extremely fun to play with game that the kids can make themselves. All you need is a thread and glow sticks to let the fun begin. They are not easily lost like normal yoyo’s and effortlessly spotted.

Add a few drops of glow stick filament into the paint bottles and mix well. Later create different master piece each of which will glow at night serving the purpose of night lights also.

These are only a few fun facts about the multiple uses of glow sticks though many still remain unexplored for you.

50 Games for Children With Special Needs