The responsibility that the young ones bring with themselves is humongous. It is our duty as parents to see that children not only have fun but to find an innovative way to collaborate both entertainment and education to bring out the best in children. Thus , some good animated movies step in as the best example for a good dosage of fun and morals.

With the advancement in the film industry, some good animated movies have step in as a saviour for every parent who want some time for either household chores or work but at the same time wish to ensure that the child views something productive. To make life easier for the parents, after thorough research, we have complied a list of must watch good animated movies for kids.

Launched in 1994, it is the story of a lion cub betrayed by a treacherous uncle. It is the little one’s story towards discovering oneself.

How to train your dragon?

The movie revolves around the story of hiccup and how she changes the stereotypes and wrong perceptions of his clan towards the existence of dragons. Launched in 2010 the movie won a lot of praise and glamour.

A 2008 movie, wall-e takes the concept of environmental concerns to a whole new level and how the life of the whole mankind depends on the small wasting collecting robot which somehow reaches space.

Toy story, one of the good animated movies you can’t miss

A 1995 production, toy story has its own trilogy. It is the story of a cowboy toy who becomes profoundly jealous when a new space toy is launched.

This movie is the quest of a father fish to rescue his son who has been captured in great barrier reef an taken to sydney. The movie shows the timid clownfish crossing over all hurdles to save his only child.

In order to empower their own city, the monsters have to make the children scream till one child crosses over the magical door and raises a plethora of questions in the mind of two monsters. 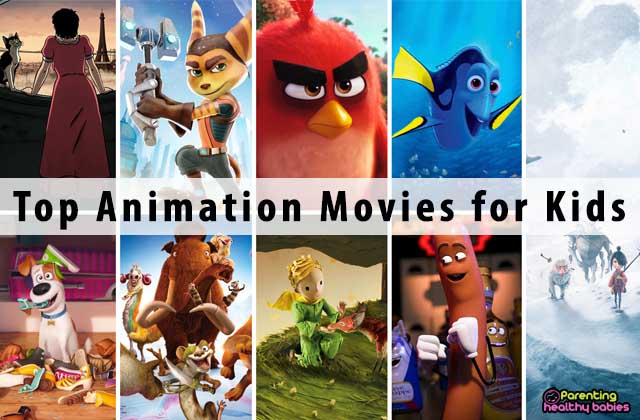 It is the journey of a family possessing supernatural powers and the way they fight to protect their city from any danger.

A must watch for all kids ratatouille is the story of a rat and his human friend who struggle to cook the best dishes in a restaurant.

Beauty and the beast

The movie is the visual display of the old story of the beauty and the beast.

The movie is a little brother’s quest to punish those who were the reason for his brother’s untimely death.

Launched in 2010, the movie is a must watch for all little girls.

The movie is based on the famous concept of the mysterious lamp and the wish granting genie.

It is a sister’s journey to bring back her depressed elder sister who mistakenly has cursed her kingdom to eternal winter.

The story of a lost child brought up by the wild animals of the jungle.

Snow white and the seven dwarfs

It is an attempt to bring to screen the old tale of snow white.

Launched in 2008 the movie is bound to leave the children with an aching stomach and a motivated soul.

The story is the now extinct animal’s efforts to return a lost human child to its tribe.

The morally rich story, pinocchio teaches about the consequences of lying.

Who does not know the story of the famous archer robin hood? The movie brings the same tale to kids.

A 1989 movie, the little mermaid is a must watch for all kids.

It is the story of a young girl who stumbles upon a mysterious world.

The movie is based on the historical tale of the fairy god mother rescuing the orphaned girl from the tortures of her stepmother and sisters.

The movie depicts the historical tale of the cursed aurora.

It is a story of a young girl’s valour who takes his father’s place in the army to save his life.

The adventures of tintin

The movie is tintin’s adventure to find the sunken ship.

Rise of the guardians

The immortal guardians team up to fight against pitch who threatens innocent children.

A dalmatian couple embarks on the search of their abducted litter and save them before it’s too late.

Dracula’s story of turning into an overprotective father to getting his mavis married to a human.

It is the journey of four animals who have escaped from the zoo.

The princess and the frog

A waitress encounters multiple problems after turning a frog back into human prince.

The mythological god must prove himself to earn his place back in olympus.

A movie based on the alien adopted by a young girl misunderstood as a dog.

It is the journey of a mother-daughter duo to find the love missing in their bond.

Star performer lightning mcqueen and his friend join the journey to win the grand prix race.

2 monsters join the monster university to qualify as the scariest animals on the planet.

70 years old carl travels to places in his house bound by balloons.

The story is about a psychopath who only a biker teen can stop.

Castle in the sky

An ordinary constructor is appointed to stop an evil tyrant.

It is about simpson’s unknowing mistake that makes his family be labelled as fugitives.

Wendy and her brother are taken to a new world by their hero peter pan.

the movie is of a boy whose pet dog passes away only to be revived through a science experiment.

Launched in 2011, this movie is easily available for children round the world.

The nightmare before christmas

The movie depicts the effort of jack skellington to bring christmas to his town.

A bold experiment by disney the movie revolves around mickey’s journey to make his career.

It is the story of a young girl who finds her ideal home in another world but with sinister secrets.

Launched in 2001, spirited away 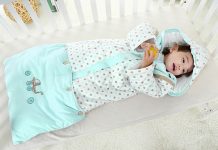 Is Cluster Feeding Natural? Causes and How to Cope With it