During the time for labor and delivery, the part of the baby that doctor feels near the birth canal is known as the presenting part and it’s the part of the baby’s body that is born first. Most of the time, the baby’s head is the presenting part (vertex presentation), but in a small number of deliveries, a baby’s bottom or feet are born first. When the buttocks or feet are in a position to come out first it is known as the breech presentation or position.

All You Need to Know About Frank Breech

What is Frank Breech?

A frank breech is the most common type of breech presentation when a baby is born at full term. Of the 3-4 percent of term breech births, babies have a frank breech position 50-70 percent of the time. A frank breech is when the baby’s bottom is down but the legs are straight up with his feet near the head and the presenting part is the buttocks. 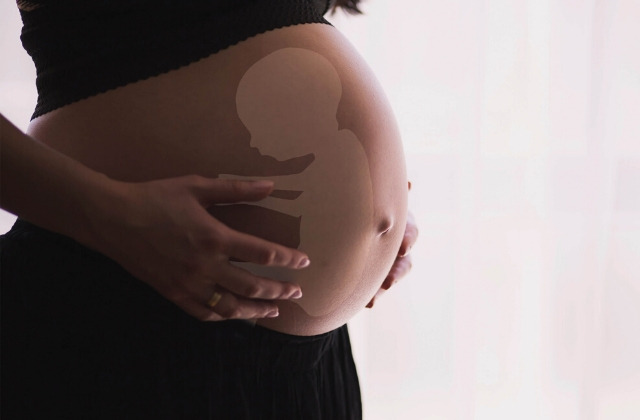 How to Tell if Baby is Breech?

As the pregnancy progresses, the doctor will examine and keep track of the baby’s position. Also, it may be figured out where the baby is in the womb on own. Here are some techniques which tell which way the baby is facing –

The size of the baby, how much amniotic fluid is in the uterus and the amount of space inside the womb are all factors that can contribute to the baby’s ability to move around. Causes maybe –

Women use a variety of techniques to try to turn breech babies. From yoga and chiropractic adjustments to music and exercises, there are plenty of things that can be done to try to get the baby to move head down for delivery.

One of the ways the doctor might help is by performing a procedure called an external cephalic version (ECV). If there are no complications in the pregnancy and the baby has not yet turned on its own by the 36th or 37th week, the doctor may attempt to turn the baby using this procedure. It works approximately 60% of the time. If it is successful, the chances of having a cesarean are much lower.

Most babies born breech are healthy but when a baby is in the frank breech position there is more of a chance that labor and delivery can be difficult. Some of the complications are –

At the time of vaginal breech delivery, there is a chance that the umbilical cord will come down through the cervix before the baby is born. As the baby comes through the birth canal, the body and head can press on the cord and cut off the supply of blood and oxygen that the cord is carrying which can affect the baby’s heart rate and the flow of oxygen and blood to the baby’s brain. The risk is less when the baby is in the frank breech position as compared to other breech positions.

The baby’s head can get stuck during the delivery if the baby’s body is born after the cervix fully dilates. This condition is dangerous since the head can press against the umbilical cord and cause asphyxia or a lack of oxygen. Head entrapment is seen more common in premature deliveries as the baby’s head is typically bigger than the body.

Physical Injuries to the Baby

The risk of injury to the baby is higher when the baby is breech position as compared to when not in breech. Preemies are more likely to injure the head and skull. Bruising, broken bones and dislocated joints can also occur depending on the position of the baby during birth.

The vaginal delivery of a breech baby can include an episiotomy and use of forceps which can cause injury to the genital area. Breech presentation is one of the reasons for a cesarean section and a cesarean is a surgery done with anesthesia. Besides the surgical incision, a mother may experience pain, infection, bleeding or other complications.

Many babies will turn to the head down position before labor begins. However, if the child is still breech when it’s time to deliver, the doctor will decide on the type of birth. If there are no other complications, a baby in the frank breech position may be delivered vaginally if –

Can You Turn a Frank Breech Baby?

Usually, the first recommendation for a woman whose baby is in the frank breech presentation is to have a procedure called an external cephalic version or ECV.

Although most frank breech babies are born healthy but have a slightly higher risk for certain problems than babies in normal positions do. Most of these problems are detected by 20-week ultrasound and if nothing is identified the baby is normal.

Can a Frank Breech Baby Turn at 38 Weeks?

Which Breech Position is Most Likely to Turn?

Frank breech is the most common breech position in which the baby’s bottom is down with the legs pointing upward and the feet near the head.

The doctor will probably be the one to let know if the baby is breech. Talk to the doctor about the concern for the baby’s breech birth including the risks and benefits of choosing a cesarean, what to expect from the surgery and how to prepare.

Is It Safe to Swim During Pregnancy?

Diuretic During Pregnancy: Is It Safe?