Hearing a baby’s heartbeat for the first time is an exciting feeling for new parents-to-be. A fetal heartbeat may be first detected by a vaginal ultrasound as early as 5 ½ to 6 weeks after gestation period. That’s when a fetal pole, which is the first visible sign of a developing embryo, can sometimes be seen.

But between 6 ½ to 7 weeks after gestation period, a heartbeat can be better assessed. That is the time when the doctor may schedule the first abdominal or vaginal ultrasound to check for signs of a healthy, developing pregnancy.

Fetal Heartbeat: When Can You Hear Baby’s Heartbeat?

What to Expect During the First Ultrasound Appointment 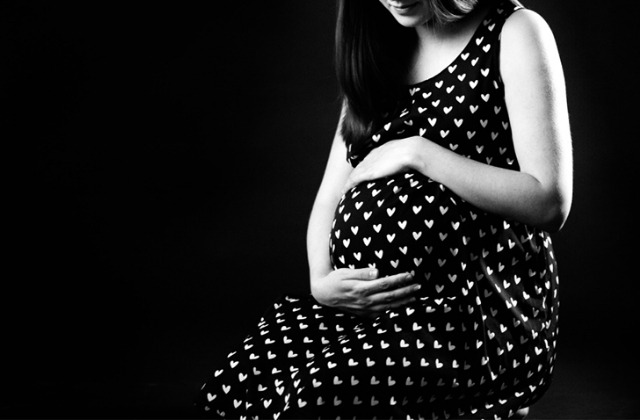 During the first ultrasound appointment, the doctor or ultrasound technician will check for the following –

During the first ultrasound, there may not be any baby’s heartbeat heard. Most commonly, this is because it’s too early in the pregnancy. This doesn’t necessarily mean there’s a problem. The doctor may recommend to schedule another ultrasound 1 to 2 weeks later.

Other reasons for not hearing the heartbeat include –

If no heartbeat is detected, the doctor will check the fetal measurements. The doctor may be concerned if there’s no fetal heartbeat in an embryo with a crown-rump length greater than 5 millimeters.

After week 6, the doctor will also be concerned if there is no gestational sac. The doctor may request a blood test to confirm the pregnancy or request to come back a few days later for another ultrasound.

What Devices are Used to Hear Baby’s Heartbeat?

Can Baby’s Heartbeat be Heard with the Human Ear?

Detecting a fetal heartbeat is very difficult, if possible, for the human ear. But some expecting mothers claim they can hear their baby’s heartbeat through the belly. This may be possible in a quiet and silent room likely late during the second or third trimester.

Can You Use Apps to Hear Baby’s Heartbeat?

There are now hundreds of apps and devices marketed to expectant parents where the baby’s heartbeat at home can be listened. But the doctor may warm against using an at-home device. The quality of these apps and devices varies greatly. They may give an inaccurate heartbeat reading and cause unnecessary concern or panic.

Talk to the doctor and ask if they recommend an at-home device and can tell if it’s safe to use during the pregnancy.

Throughout the pregnancy, the baby’s heart will continue to develop. A fetal heartbeat starts between 90 and 110 bpm during the first weeks of pregnancy. It will increase and peak at around weeks 9 to 10 between 140 and 170 bpm.

After that, a normal fetal heartbeat is found between 110 and 160 bpm in the second and third trimester. Keep in mind, the baby’s heartbeat can vary throughout pregnancy and at each prenatal appointment.

10 Pregnancy Foods for Strong Bone Development in The Womb