Fetal alcohol syndrome occurs due to excessive consumption of alcohol by any mother during pregnancy. It impacts the fetus to a great extent. It hampers its overall mental and physical growth of the child. This happens as the fetus is unable to process the alcohol like the adult. And as a result it gets malnourished.

Excess consumption of alcohol blocks the nutrition and oxygen reaching out to the fetus. It leaves it ill-nourished. Eventually the child’s nervous system gets infested by fetal alcohol syndrome. It is a life-long problem for the child.

There are various forms of signs and symptoms as far as fetal alcohol syndrome is concerned. The symptoms range from being physical defects, to nervous system problems and also social behavioral problems. 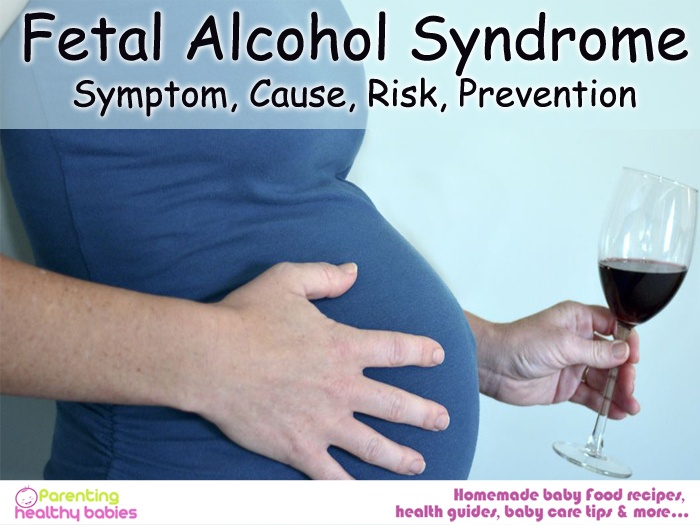 These are few of the basic symptoms which is visible in children who are suffering from fetal alcohol syndrome.

If you are pregnant and you are consuming alcohol the chances of fetal alcohol syndrome increases. Following are the major causes which lead to this disease in your child:

The more you drink, whilst being pregnant, the greater is the risk of your child suffering from fetal alcohol syndrome. However, it should be noted that any amount of alcohol is risky for your child. It might expose your baby’s heart, blood tissues and brain to severe risk. Even little bit of drinking is also not safe, in that case.

Since cure is difficult to get prevention is the only means. As the experts say that there is no safe amount of alcohol that you can consume which will guarantee that your baby will not be affected. For that reason stop consuming alcohol completely if any of the following is true:

Precaution is always better than cure but in this case it is the only mean.

If your child is diagnosed with fetal alcohol syndrome then your child can suffer from further complications in his/her life. The following are the complications which arise from this syndrome:

Read More: 15 Things You Shouldn’t Do During Pregnancy

Even if your child is born with fetal alcohol syndrome then also there are a number of ways by which you can make him/her improve his/her social skills. Follow the following steps to ease out your child’s anxiety and problems:

Always take your doctor’s suggestion and work alongside him/her. It is advisable that if your child is diagnosed with fetal alcohol syndrome then you keep him/her under close monitoring so that he/she can enjoy the best from the life.

11 Natural Remedies for Dizziness During Pregnancy