At times many mothers do not undergo the feeling of contractions in their normal baby delivery. Despite completing the gestation period of the pregnancy if one fails to experience natural contractions the gynaecologist generally have to induce labor pains for a normal delivery and a healthy baby. Cervidil is one such medicine that is prescribed by doctors not only for labor induction but to prevent post-delivery bleeding also. Cervidil is a vaginal insert used to soften the cervix lining and help in the induction of labour. It contains a chemical called prostaglandin also known as dinoprostrone a naturally occurring form of the same chemical that the body also releases during the preparation of a natural birth therefore it is used in medicines to induce labor.

A Guide for Cervidil to Induce Labor 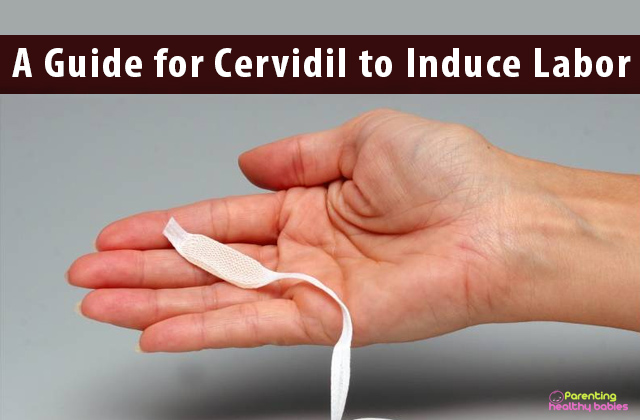 Cervidil is available in multiple forms in the pharmacies. Cervidil gel, tablets, injections and direct insert are the most common methods of adopting this particular medicine for a pregnant mother. The form of the medicine directly depends on the urgency and need for labor induction in the patient. The advised dosage of dinoprostone in the vaginal insert is 10 mg designed to be released at approximately 0.3 mg/hour over a 12 hour period. The chemicals present in the cervidil medicine help to jumpstart the process of labor by softening the cervix, preparing it for the process of birth. Doctors generally insert the cervidil into the vagina of the mother in the same way a tampon is placed. It is left for as long as the doctor seems fit or until the cervix is fully prepared to allow soft passage to the baby without harming them. A mother with an insert is generally suggested to stay in bed for at least two hours so that the doctors can closely monitor the effect of the medicine on the mother and the heart rate of the infant baby.

Side effects of using cervidil

Every medicine has some or the other side effect that may cause harm to the patients. It is important to note that if a doctor has prescribed their patient with the use of cervidil then the benefits must be far more advantageous and important than the side effects in comparison and at the time of need. Some of the most common side effects of cervidil are;

Precautions to be observed

There are certain precautions that the doctor and the patient must observe prior and after the use of cervidil. It is important that the patient must inform their doctors regarding any form of chemical or food allergy they may be suffering from previously. This can prevent the risk of allergic reactions in the mothers and reduce the risk factor during pregnancy. A mother who may suffer from asthma or had a c-section during the birth of her first child must inform the doctor regarding the same as the chemicals present in the medicine for the induction of labor may pose the risk of an asthma attack or severe bleeding in the mother. Any history of vaginal infections or unexplained bleeding must be presented to the doctor before using the medicine. If the expectant mother is suffering from glaucoma, cervidil cannot be given to her as it poses serious threat to her health. When the mother feels the stimulation of labor pains the cervidil insert must be immediately removed or should be removed 12 hours before stimulating labor pains.

Mothers who had cervix surgeries, vaginal surgeries are suggested against the application of cervidil as it may cause incessant bleeding in the patient increasing the risk of infections. Thus it is important that patients must maintain transparency between them and the doctor and depend on the advice of the doctor in regards to the application of the medicine for a healthy delivery.

Red Dry Skin on Face During Pregnancy: Causes and Remedies