To hit the baby-making bulls-eye, there are certain sweet spots of fertility in the cycle to aim. Ensuring proper time and chances can increase the rate of conceiving.

Chances Of Getting Pregnant On Your Period

In essence, menstruation is the monthly shedding of the endometrium, the inner membrane of the uterus. For most women, on average this lasts between three and seven days. By the third day, levels of progesterone and estrogen are on the rise and working on rebuilding the endometrium. Around day four, follicle ripening begins to go on the uptick, this means the ovaries are starting to prepare eggs for release. Unless the women is a very early ovulator (the average timing for ovulation is 14 days before the start of the period – track it by using basal body temperature chart or an ovulation predictor kit), there’s little chance the man’s sperm will actually have any eggs to work with during this phase of the cycle. 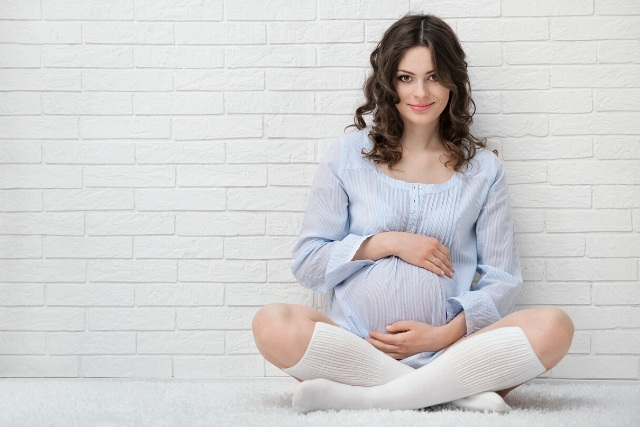 The chances of conceiving are almost nil. It’s not detrimental to have intercourse and some women consider it a good time to take a breather from the rigors of frequent procreation-oriented sex.

Chances Of Getting Pregnant After Period

Kelly Pagidas, M.D., a fertility specialist says – “I recommend having sex frequently -two to three times a week, but every other day if you can-shortly after you stop menstruating to cover your window of pre-ovulation”.

Here’s why – around day seven of the cycle, there is vaginal discharge that seems a little springy to the touch. Within a few days, it will turn white and creamy, a cue that the fertility is returning once again. It doesn’t mean the egg is released yet, but it’s a good indicator that ovulation is on the way and that the cervical mucus is a friendly environment for sperm. Remember, a woman can get pregnant right after the period, even if not yet ovulating.

The chances of conceiving are good. An egg isn’t technically released during this phase but steps into the sexual routine in the even that to ovulate earlier than planned.

Chances Of Getting Pregnant During Ovulation

This is the prime time for conception. No matter how long the periods are, ovulation generally starts about 14 days before the next scheduled period. When it happens, the body temperature rises about a half a degree. But bear in mind that this takes place after already ovulating which could be too late. This is where ovulation kits become so helpful and once it turns positive, have sex in the next 24 to 36 hours.

Another good indication of fertility is a change in the consistency of cervical mucus. There is vaginal discharge that increases in amount and has the consistency of egg whites, signaling it’s the perfect time to have intercourse.

The chances of conceiving are high if sex is done within 36 hours. Any eggs that are released live no longer than 12 hours and is best if the sperm meet the egg within four to six hours of its release. Data show that having every-other-day sex is just as effective as doing it every day.

Chances Of Getting Pregnant After Ovulation

Also known as the luteal phase, this final portion of the cycle lasts a minimum of 12 days and as many as 16 also. Progesterone hormone starts to rise, signaling that the ovaries don’t need to release any more eggs this month. The cervical mucus will dry up and create a plug to prevent any additional sperm from entering the uterus.

It takes about six days for any fertilized eggs to travel to the uterus. If one implants in the endometrium, there is a rise in human chorionic gonadotropin (hCG), the hormone measured by home pregnancy tests, within a week.

The chances of conceiving are low. Once the egg has been released there’s not much can be done until next months. But there’s certainly no harm in having sex if not in the mood.

Improve Your Chances Of Getting Pregnant

There are many tips most fertility experts will agree on when trying to conceive a baby. Some of them include the following –

Odds Of Getting Pregnant

For most couples trying to conceive, the odds that a woman will become pregnant are 15% to 25% in any particular month. But the following can affect the chance of getting pregnant –

When To Get Help

There are many factors that contribute to conceiving and keep a track of most fertile days accurately. Ensure to consult a good fertility expert for guidance on the issue and explore the various options available now.

Can I Eat Octopus While Pregnant?