Tylenol (Acetaminophen) is a medication used to treat fever and mild to moderate pain. In pregnancy, it is tied to an increased risk of attention deficit-hyperactivity disorder (ADHD) and autism spectrum disorder (ASD). Almost 70% of pregnant women have taken Tylenol and researchers looked at blood from the umbilical cord to see how much Tylenol an infant had been exposed to in utero.

For a long time, Tylenol was considered one of the few safe pain and fever relief medications during pregnancy but some studies based on maternal self-report and other studies done by researchers on Tylenol metabolite biomarkers showed consistent findings between prenatal Tylenol exposure and increased risk of ADHD risk and possibly ASD as well.

Is Tylenol Linked To ADHD?

According to a study published in JAMA Psychiatry found that pregnant women who took Tylenol – a pain reliever used in medications like Tylenol had a greater chance of having a child with attention deficit hyperactivity disorder (ADHD) or autism spectrum disorder (ASD). By testing the blood from umbilical cords, researchers from Johns Hopkins University Bloomberg School of Public Health determined that fetuses exposed to Tylenol has a two times greater chance of developing a developmental disorder. These findings may affect many women, as up to 70 percent of pregnant women taking Tylenol during pregnancy. 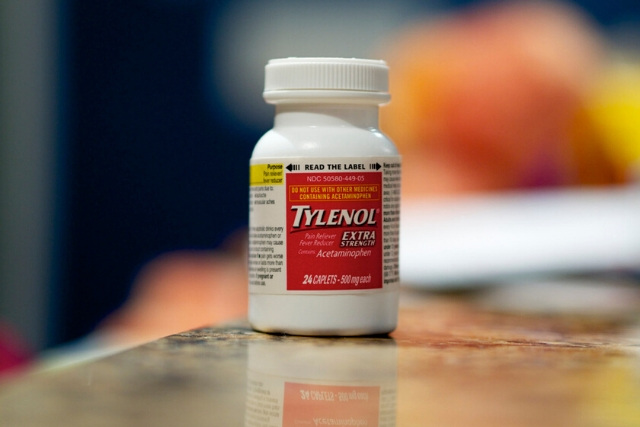 However, more studies are needed before definitely saying that Tylenol during pregnancy can increase the baby’s risk of having either ADHD or autism. ADHD and autism are likely caused by a mix of factors such as genetics, family history, and environment and it’s too soon to pinpoint a definitive cause and effect trigger.

However, it’s far too soon to say there is definitely a link. Both ADHD and autism are complex developmental disabilities that are likely caused by a multitude of factors.

What Causes ADHD in Pregnancy?

ADHD is considered a chronic condition that affects millions of children and often continues into adulthood. It includes a combination of persistent problems which are difficulty sustaining attention, hyperactivity and impulsive behavior. According to studies, pregnant women who smoke or drink alcohol may have a higher risk of having a child with ADHD. While the exact cause is still not clear. Factors that may be involved in the development of ADHD include genetics, the environment or problems with the central nervous system at key moments in development.

How Much Tylenol Is Okay While Pregnant?

Tylenol is the best to use medication only as needed at the lowest effective dose. It can be taken as much as two extra-strength tablets, 500 milligrams each, every four hours, up to four times a day. Maximum consumption per day should be limited to 4,000 mg or less, taking more can lead to problems. Tylenol is taken to treat headaches, body aches, and other pains during pregnancy, but if the headache persists despite maximum doses of Tylenol, contact the doctor immediately.

Can Tylenol Cause Problems in Pregnancy?

Any pregnant woman should talk to the doctor about the risks and benefits of Tylenol and whether the doctor recommends taking it during pregnancy.

Can Tylenol Cause Miscarriage?

Based on studies, taking Tylenol at the recommended doses is unlikely to increase the chance of pregnancy loss or birth defects.

Can A Stressful Pregnancy Cause ADHD?

According to a new study, it is suggested that women who experience high levels of stress during pregnancy are more likely to have children with behavioral disorders like ADHD or conduct disorder. Researchers conclude that helping mothers manage prenatal stress may help temper behavioral issues once the baby child is born. The following are strategies with can help to avoid or manage stress –

Pregnant women taking Tylenol have a greater chance of having a child with ADHD or ASD. Consult the doctor for any medications.

21 Quick Home Remedies to Boost Fertility in Men and Women